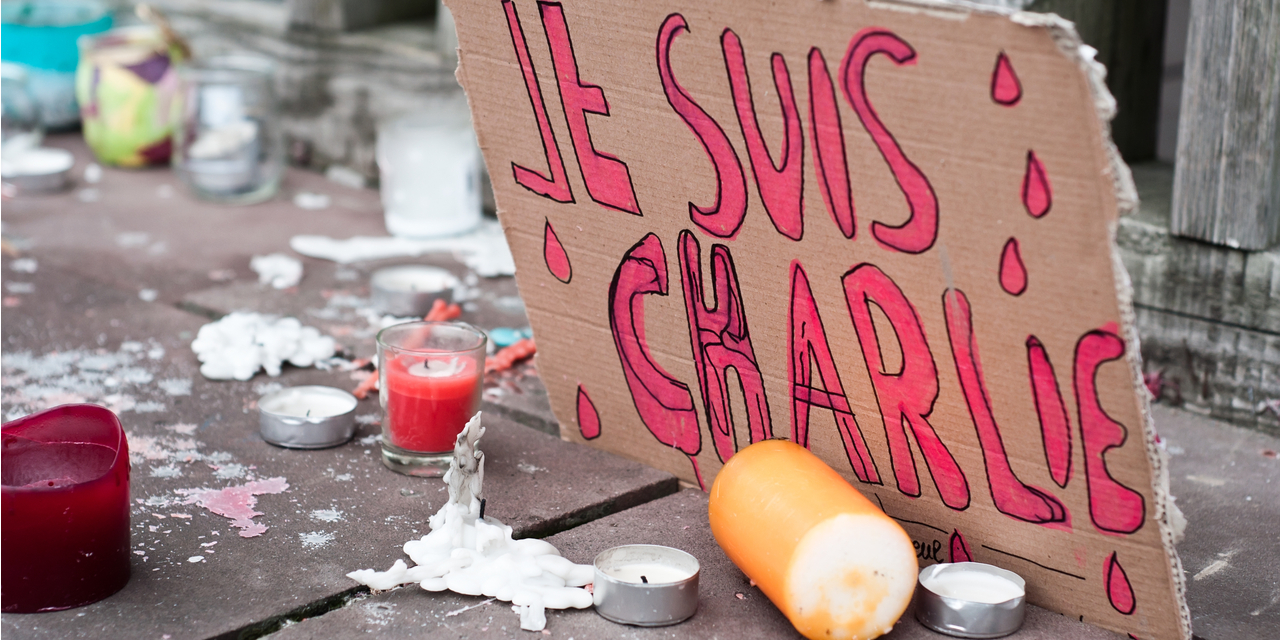 The Betrayal of Charlie Hebdo

Four years ago — on January 7, 2015 — jihadists burst into the Paris office of Charlie Hebdo and shot to death members of the magazine’s staff.

Immediately after the massacre, countless people took to the streets to remember the fallen journalists. Globally on social media, many echoed the slogan “Je Suis Charlie” in solidarity.

But when the moment faded, it became clear that the threat to freedom of speech emanates not only — or even primarily — from the “jihadists’ veto.” The deeper problem is us. There’s pervasive antipathy to the principle of freedom of speech. Unless we understand and value it, we will lose this crucial right.

Three developments in the aftermath of Charlie Hebdo illustrate the problem.

Consider, first, the backlash against Charlie Hebdo itself. The fundamental issue was the magazine’s right to satirize Islam (along with Christianity, Judaism, atheism, whatever ideology). The freedom of speech is the right to express one’s ideas — in writings, drawings, speeches, films — without fear of coercive retribution, even if others disagree with you, even if they are repulsed. This right leaves people free to dissent and free to persuade others of their ideas. No political, religious or ideological viewpoint can be allowed a special exception from challenge, criticism, or ridicule.

But, once the moment of “Je Suis Charlie” solidarity faded, little of the attack’s meaning sank in. Instead of witnessing a sustained advocacy of the principle of freedom of speech, regardless of whether you agree or not with Charlie Hebdo’s content — we heard prominent voices effectively blaming Charlie Hebdo for the attack.

The threat to the freedom of speech is far wider than just the jihadist menace. The problem lies in our own ignorance of, and growing antipathy to, that freedom.
For example, the dean of a journalism school, writing in USA Today, implied that the magazine’s satires of Mohammad should be deemed outside the protections of the First Amendment. When PEN America, a writers’ organization, decided to give its Free Expression Courage Award to Charlie Hebdo, more than two hundred well-known writers protested. And Garry Trudeau, the creator of Doonesbury and recipient of the George Polk Career Award for lifetime achievement, claimed that Charlie Hebdo incited the murderous violence against it.

When writers, cartoonists, intellectuals literally blame the victims, instead of defending the right to free speech, it’s a sign they don’t understand or don’t value that freedom.

The problem is also evident in a second post-Charlie development: the skirmishes over freedom of speech on college campuses. Some of the lowlights: At Berkeley, students rioted to prevent a speaker event, causing $100,000 in damage. At Claremont McKenna College, students attempted to intimidate the administration into canceling an event. At Middlebury College, students heckled and disrupted a speaker, injuring a faculty member.

A crucial issue in these — and other — skirmishes is the view of an alarming number of students that words are violence. Put simply, it’s that hearing ideas that challenge your own is equivalent to experiencing a physical assault on your body. This is a fundamental error. It blurs speech — the expression of ideas — with action.

And it is truly ominous, because it legitimizes the use of force to silence voices you disagree with. Polls show that while few students would themselves be willing to use violence to shut down a speaker, something like 19% to 30% believe it’s justifiable for other students to do so.

Compounding this growing antipathy toward free of speech is a third development: President Donald Trump. Instead of safeguarding freedom of speech, he’s a factor in undermining it.

Trump is not the first president to clash with the media, but he stands out for his continual expressions of contempt for the crucial institution of the free press. He’s described prominent media outlets as enemies of the people. This seems to spring from Trump’s wider antipathy to the principle of freedom of speech, enshrined in the First Amendment. For example, he’s suggested that the federal libel laws be “opened up” so he can go after critics. Trump has threatened to cancel broadcast licenses in retribution for unfavorable coverage. And he’s suggested going after Amazon with antitrust lawsuits in order to punish the Washington Post (owned by Jeff Bezos, CEO of Amazon).

What’s so alarming about Trump’s evident antipathy to freedom of speech is that so many Americans have acquiesced in it — perhaps even sharing his outlook.

When we zoom out, it’s clear the threat to the freedom of speech is far wider than just the jihadist menace. The problem lies in our own ignorance of, and growing antipathy to, that freedom.

Before we can uphold free speech, we need to understand it. We need to appreciate its value to the advancement of human life, knowledge, and progress.

The four years since Charlie Hebdo have shown us how far we have yet to go.

A version of this article originally appeared at Spiked.