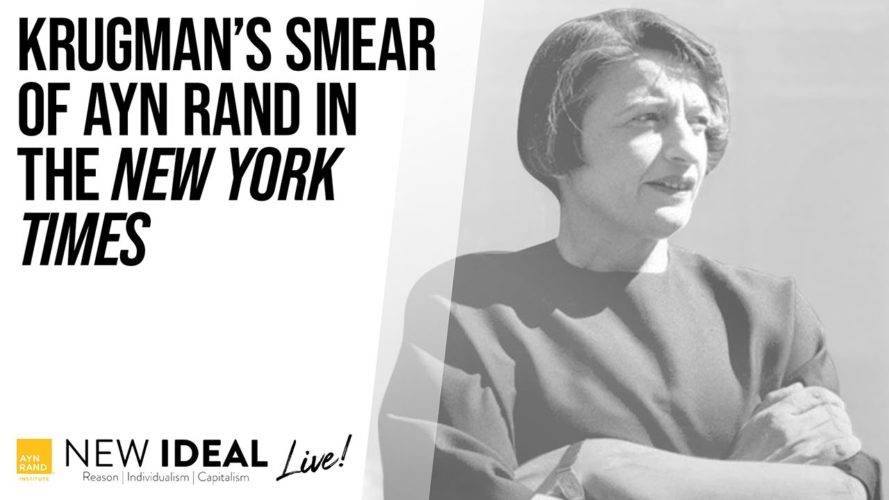 In this special episode of New Ideal Live, Onkar Ghate and Elan Journo discuss Paul Krugman’s recent column in the New York Times smearing Ayn Rand and claiming that she’s responsible for the death of thousands of people during the pandemic. The column, which purports to stand up for facts and science, exhibits serious intellectual dishonesty about Rand’s ideas.

Mentioned in the discussion are Rand’s audio on her perspective on quarantines and Onkar Ghate’s paper “A Pro-Freedom Approach to Infectious Disease.” Additionally, here’s ARI’s letter to the editor of the New York Times.

“It’s not every day that the New York Times accuses the person after whom your institute is named of mass murder,” says CEO Tal Tsfany in this short video based on the arguments made in the podcast. Tsfany not only condemns Krugman’s attack on Rand but challenges him to debate an ARI intellectual on the merits: