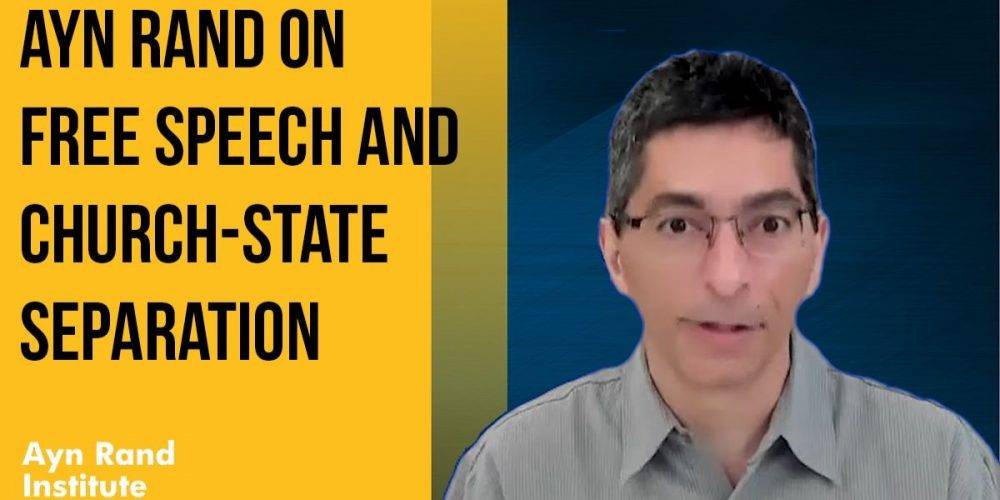 From college campuses and social media to art galleries and news outlets, there are fierce conflicts today over freedom of speech — but also widespread confusion over what it is, what it protects, and what violates it. We’ve also seen a taboo forming around the topic of Islam, especially so after jihadists murdered journalists at the offices of the French magazine Charlie Hebdo for the “crime” of blaspheming. Closely related is the issue of the separation of religion and state. Why is it OK to exhibit artworks that insult Jesus Christ, some ask, but problematic to post the Ten Commandments in a courthouse?

What is the principle of freedom of speech? How does it relate to the separation of church and state? What is the justification for such a separation? What was Ayn Rand’s view on these issues and on the connections between them? To answer these and related questions, I sat down to talk with philosopher Onkar Ghate, senior fellow and chief philosophy officer at Ayn Rand Institute. A few of the topics we explored in the conversation:

Ghate contributed two chapters to Foundations of a Free Society, a collection of in-depth essays on Rand’s political philosophy. During the interview we touched on several of the issues he writes about in “A Wall of Separation between Church and State,” which has been reprinted here on New Ideal.