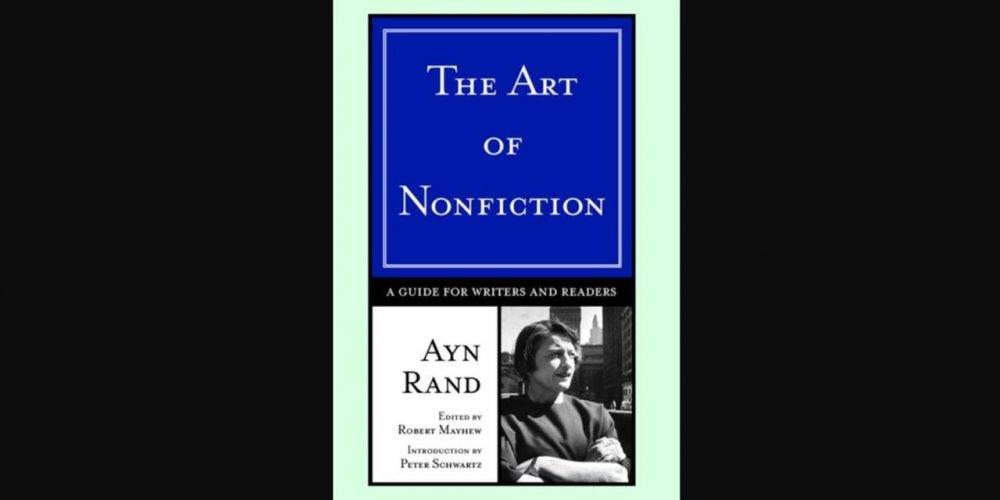 Ayn Rand’s Advice on How to Write Nonfiction

Writing is often viewed as an innate talent, not a learnable activity. A writer either has “the magic” or he doesn’t.

Having taught nonfiction writing for more than fifteen years in the Ayn Rand Institute’s Objectivist Academic Center (OAC), I’ve seen the widespread, destructive influence of this mystical view of writing.

Many frustrated students believe, at least implicitly, that if they’re not visited regularly by the muses and able to turn out perfect prose with no effort, then they’re doomed to experience writing as a process of agonizing torment.

But nothing could be further from the truth. Writing, argues Ayn Rand, is a skill that can be learned. “It is not mysterious and does not have to be torture.”

In her book The Art of Nonfiction: A Guide for Writers and Readers, Rand systematically explains the “orderly method of thinking” required for writing.

The book grew out of her experience as a nonfiction writer and speaker, which was her primary career focus after completing her novel Atlas Shrugged. In the 1960s and ’70s, Rand published, edited, and wrote for a series of periodicals to elaborate on her philosophy, Objectivism, and to comment on the crucial cultural events of the time.

Writing, argues Ayn Rand, is a skill that can be learned. “It is not mysterious and does not have to be torture.”

In 1969, Rand gave a series of informal classes on nonfiction writing to a group of friends and associates who were potential contributors to her magazine The Objectivist. Expertly edited and organized into book form by Robert Mayhew, the material from these classes offers a thorough treatment of the principles and methods of nonfiction writing.

What’s distinctive about Rand’s approach is the philosophical depth she brings to bear on the subject. As with any other topic or issue she considered, her approach is always to cut to the essentials and define the fundamental principles involved, which results in the book being peppered with unique philosophical and psychological insights.

For instance, consider Rand’s analysis of the importance of creating an outline.

An outline is a plan of mental action. All human action requires a plan — an abstract projection. People tend to be aware of this in the physical realm. But because they believe that writing is an innate talent, they think it does not require an objective plan. They think writing is inspirational. Yet trying to write without an outline is even more difficult than attempting some physical action without a plan.

What is the ultimate root of the need for an outline? Rand locates it in “the Aristotelian concept of final causation.”

By final causation, Aristotle meant that a purpose is set in advance, and then the steps required to achieve it are determined. This is the process of causation that operates in human consciousness. To do anything, you must know what you want to achieve. For instance, if you decide to drive to Chicago, the roads you select, the amount of gas, etc., will be determined by that goal. But to get there, you will have to start a process of efficient causation, which includes filling the gas tank, starting the car, steering, etc. You will be following the laws of inanimate matter. But the whole process will be a chain of actions you have selected in order to achieve a certain purpose, namely, to get to Chicago.

In no human activity is final causation more important than in creative work, particularly in writing. In order to have a good outline, and later a good article, you must initiate a process of final causation. When in doubt about your outline, that is the test. You set yourself a definite purpose — i.e., you name explicitly your subject and theme — and that determines what material to choose in order to end up with an article that satisfies your purpose. It is final causation that determines what to include both in your outline and in your article.

Who but Ayn Rand would draw a connection between Aristotle’s views on causality and the role of an outline in the writing process?

It’s this philosophically informed approach to the subject that allows Rand to dispel the myth of writing as a mystical, “inspirational” process. Instead, she offers a conceptual framework that clarifies how the skill of nonfiction writing can be developed through training and practice.

Who but Ayn Rand would draw a connection between Aristotle’s views on causality and the role of an outline in the writing process?

When we use The Art of Nonfiction as our textbook in the OAC writing course, we cover two broad topics using Rand’s conceptual framework: The first is the theoretical principles that illuminate what makes for a clear, persuasive nonfiction article — principles such as the importance of judging your audience’s context and the need to explicitly define your subject and theme.

The second is the methods that comprise the various activities of writing itself. It’s well-recognized that breaking the writing process up into separate tasks — research and thinking, outlining, drafting, editing — allows a writer to focus on the specific purpose of each stage. But Rand’s analysis of the different cognitive goals and psychological requirements of each stage are uniquely insightful.

READ ALSO:  Third Group of Newly Published Ayn Rand Letters Now Online
For instance, she argues that “when you prepare an outline and when you edit, you function predominantly by means of your conscious mind.” But “when it comes to actually writing the draft, however, your subconscious must be in the driver’s seat.” Often, the struggles that writers encounter when facing such problems as “writer’s block” are a result of not having learned how to navigate the differences between these two different methods of mental functioning.

By spelling out in detail what is needed at each different stage of the writing process, Rand makes clear how, together, these various stages add up to a systematic method of planning and executing an article.

The result is a thorough treatment of the “theory” of writing. Armed with the knowledge of these principles and methods, any budding writer is well-equipped to put that theory into practice. Indeed, my students report feeling liberated from the mystical view of writing and eager to embark on the journey of developing their skills at the art of nonfiction.

Anyone interested in writing nonfiction — or readers just interested in understanding better how a good piece of writing is crafted — will find in The Art of Nonfiction a trove of fascinating, illuminating insights into the theory and practice of writing.

Interested in learning more about writing, thinking and Objectivism? Consider applying to the Objectivist Academic Center. Spots are available for both graded students and non-graded auditors.