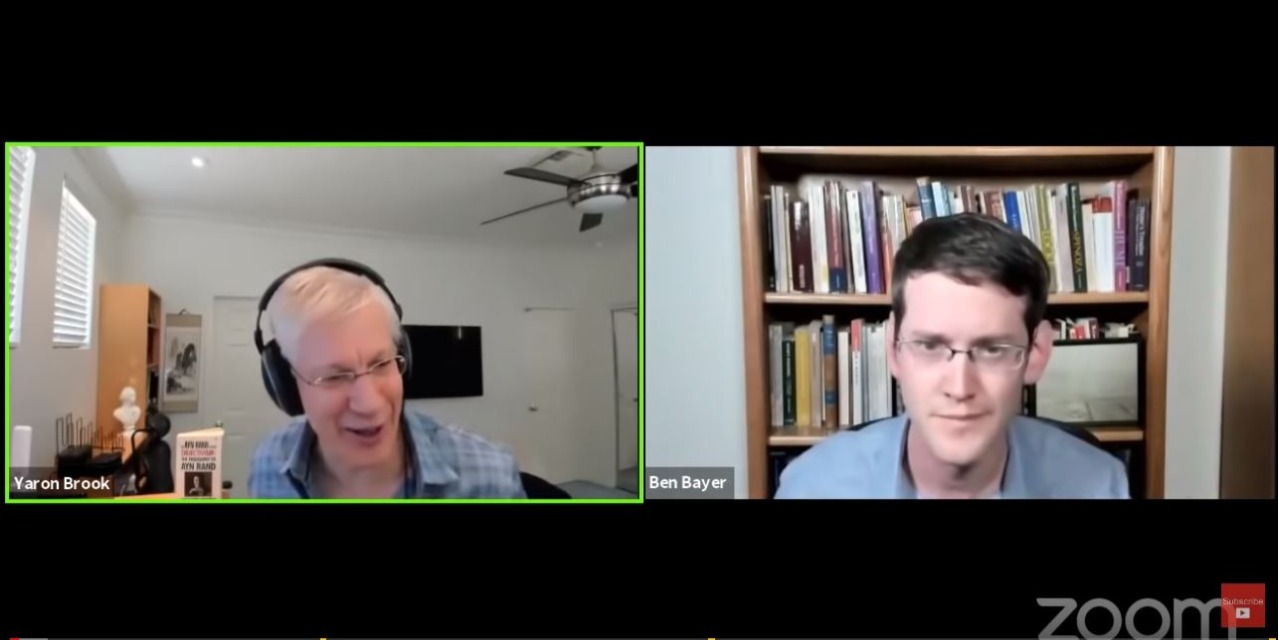 Objectivism is a philosophy of reason. As such it rejects arbitrary speculation without evidence and every brand of religious faith. I recently sat down with Yaron Brook, chairman of the board of the Ayn Rand Institute and host of The Yaron Brook Show, to discuss the application of Objectivism to a series of topics I’ve written about recently, each of which relates to the clash between reason and arbitrary belief: the increasing conspiracism of our age, the crumbling moral authority of the Catholic Church, and the abortion controversy. Some of the more notable topics we covered include Ayn Rand’s distinctive commentary on conspiracism, the application of her views to contemporary conspiracism (e.g., to the 9/11 “truth” movement), the connection between conspiracism and tribalism, religion as the “ultimate conspiracy theory,” Ayn Rand’s secular alternative to religious morality, and how her view of abortion shows what’s distinctive about the Objectivist view of rights.

I also did a follow-up Q&A with Yaron for his Patreon customers. Several questions related to my recent work came up. These included questions about the difference between faith and reliable testimony, how to analyze arguments for the existence of God, the difference between evidence for real conspiracies and arbitrary conspiracism, Steven Pinker’s humanistic morality, and what’s distinctive about Objectivism’s theory of concepts.