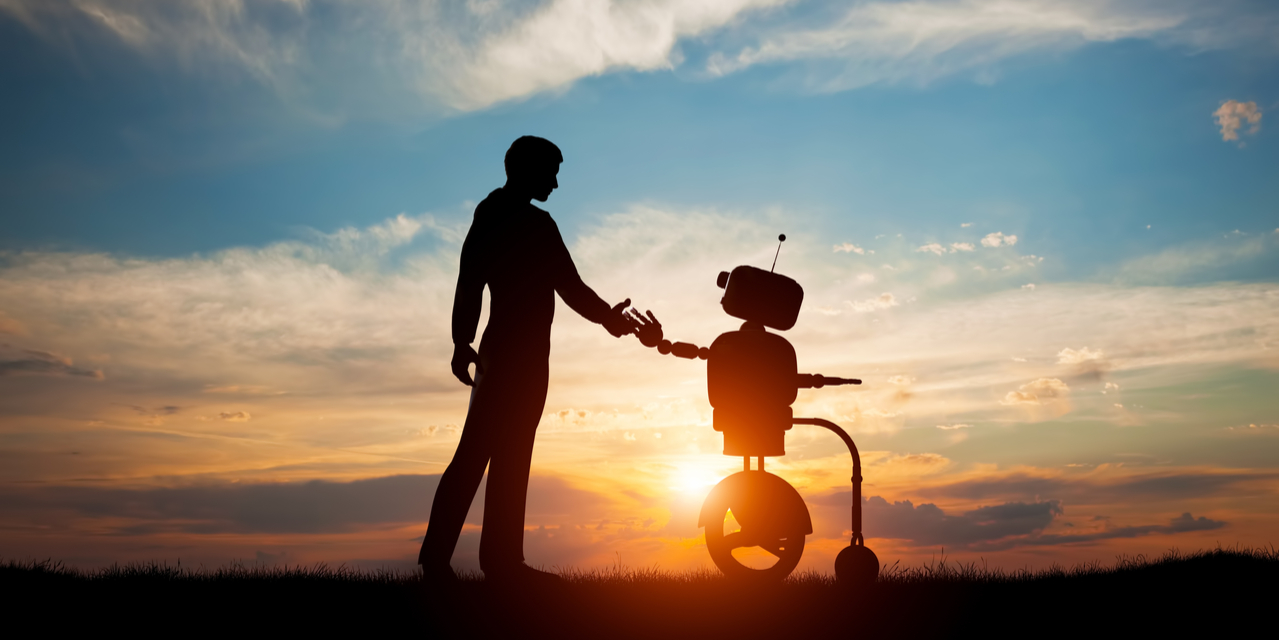 Bring On the Robots: Why Automation Is Good

The size of the global automation market is forecast to reach $200 billion by 2020.1 As more industries deploy machines and computers, the labor market is being transformed.

This is one reason why many of us worry that machines will take over our work, leaving us unemployed. But automation has been happening for centuries — more specifically, since the Industrial Revolution. Ever since, some have predicted that automation would cause massive unemployment and make humans obsolete. And today, even the CEOs of tech companies like Facebook2 and Microsoft3 make similar claims — adding that, this time, the impact of new technologies like artificial intelligence (AI) will be much bigger than that of earlier innovations, since many jobs that were previously thought impossible to automate, no longer are. The people issuing these warnings are knowledgeable about the emerging technologies, so there seems to be legitimate reason for concern.

In order to think clearly about this issue, let’s first get some perspective by taking a look at what happened in the past. How did the patterns of employment shift with the incorporation of new technologies, and how did automation affect the lives of individuals?

To a large extent, automation in the nineteenth and twentieth centuries took routine, monotonous, and physical labor out of human life. Work shifted from agriculture to textile manufacturing and trade, which required less physical effort. And despite the fact that a large amount of textile manufacturing was being automated, the number of textile workers grew, because the increase in productivity led to a decrease in the cost of cloth, making it more affordable for people to own several pieces of clothing, which then led to more demand and the need for more workers.

Furthermore, as historian Robert Hessen notes, the factory system helped increase the overall standard of living and even decrease infant mortality rates. It also provided a means of survival to thousands of individuals who would have otherwise perished from their unsanitary or dangerous jobs. During this time, people not only survived automation, they were able to make their lives better and to flourish as never before because of automation.4

The principle is clear: technology has enabled the creation of more wealth by increasing the productivity of human effort.
More recently, in the mining industry no longer do miners need to shovel dirt and rocks or face the significant risks involved. Now there are driverless trucks, diggers, bulldozers, trains, and mines run by cell phone networks. In the farming industry, there is no longer the need to spend long, arduous days harvesting crops. Now there are machines that take care of that, with minimal supervision required. The farms produce more in less time, with virtually no physical harm to the farmers.

When ATM machines were introduced in the 1970s, some people predicted that this would mean the end of human bank tellers. This turned out to be wrong: the increased efficiency and low cost of these machines led banks to open more branches, which in turn led to them to hire more tellers (bank teller employment in the US rose by 50,000 between 1980 and 2010). But the work of the new bank tellers changed: their tasks evolved from merely dispensing cash to providing all kinds of financial services, a much more intellectual and less monotonous job, which required more complex abilities.5

The principle is clear: technology has enabled the creation of more wealth by increasing the productivity of human effort. More wealth is being created than ever before, with less human labor — generating new opportunities for people to pursue other types of productive work and create other values. Thanks to technology taking over dangerous, unsanitary, or monotonous jobs, most individuals historically took the initiative to shift to more rewarding, and/or better-paying occupations, sometimes in the same industry, sometimes in new industries. At the end of the eighteenth century, 90 percent of the US working population worked on farms.6 Nowadays, less than 2 percent do.7 Have we witnessed the other 88 percent of the population starving to death or begging in the streets? No — the rest of us have moved on to start or work in other industries.

Thanks to technology raising the productivity of our labor, we work fewer hours than did individuals decades ago,8 but we make more money.9 We have more wealth, and more time to spend it on activities other than work. This is partly why new industries have emerged. Consider the video game industry. It employs hundreds of thousands of people around the globe10, in jobs that were unimaginable thirty years ago. Why did this industry develop, and why is it so successful? Because people now have the leisure time to play video games, the money to buy them, and the need for quality entertainment.

Advancements in AI and software are great, but they mean nothing without active human engagement.
The fact is that automation makes human life much simpler and more enjoyable in so many ways. Take but one more example: online shopping. People no longer have to spend hours going to stores looking for the items they need. Available to buy with one click and often deliverable within two days, these items are dispatched from highly automated warehouses with computerized inventory and shipping systems.

But what of the warnings about automation and AI from the CEOs of tech companies? Is it true that this time is different?

Yes, in one sense it’s true. Technology is taking over tasks that are not primarily physical but intellectual — such as some aspects of the practice of law and of medicine. In another sense, however, it’s likely that this time is not different. As another tech CEO, Peter Thiel, notes in his book Zero to One, computers are not substitutes for humans but complements. “Men and machines are good at fundamentally different things,” Thiel argues. Humans are good at making plans and decisions in difficult situations, but not at making sense of large amounts of data — and computers are good at exactly the opposite. Advancements in AI and software are great, but they mean nothing without active human engagement.11

Thiel asks us to think of what certain professionals do today. For example, lawyers must be able to come up with solutions to very specific and complex problems with many variables, and they must be able to communicate their views in a variety of ways, depending on whether they are talking to a client, a judge, or opposing counsel. Doctors have to analyze and integrate a wide array of factors, from physical symptoms to psychological aspects, in order to reach a diagnosis, and then they must have the ability to communicate with nonexpert patients. “Computers might be able to do some of these tasks, but they can’t combine them effectively. Better technology in [these occupations] won’t replace professionals; it will allow them to do even more,”12 Thiel explains. And the question of the future, he concludes, is not what problems can be solved with computers alone, but “how can computers help humans solve hard problems?”13

A recent study by the World Economic Forum points in the same direction, forecasting that in the next four years, 75 million jobs will be lost to automation — but 133 million new jobs will emerge, as a new division of labor between man and machine is developed.

The wider point is that the source of technology is the human mind — the best within it. Technology’s purpose is to make human life better, not to destroy it.
In other words, the principle remains the same: new technologies will continue to boost the productivity of human labor. And therefore, as economist James Bessen has said, the issue with automation is not “mass unemployment, it’s transitioning people from one job to another.” This transition may not be easy, and it requires individuals to have the right mentality and attitude — and to take it upon themselves to prosper and move forward.

It is important that we understand that automation is not our enemy and that, in order to thrive, each of us must be willing to take responsibility for our career and life. That responsibility entails actively thinking long-range, assessing our options for employment, and pursuing an education in the emerging industries. However, this requires that individuals are free politically to do all of this. So long as they are, it is foolish to think that technological advances will mean the end of the job market. But we need to be entrepreneurial and willing to take risks. We must be willing to take action and move forward, as opposed to sitting idle, complaining that a robot might one day take our job. If you fail to take that responsibility, you can expect to be left behind in a fast-moving labor market.

For example, imagine a typist in the early 1990s, witnessing the rise of personal computers and word processors and realizing that typewriters are going to become obsolete. He faces a choice. A smart step for him to take would be to learn the new technology and become proficient in operating, for instance, Microsoft Office. A wide array of more productive and better-paying job opportunities would open up for him, such as creating Excel spreadsheets and documents in Word.

The wider point is that the source of technology is the human mind — the best within it. Technology’s purpose is to make human life better, not to destroy it. Automation is a form of innovation and we should accept it, value it, and be eager to adapt to it. It enables us to flourish. In the words of the hero of Ayn Rand’s novel Atlas Shrugged, “the machine, the frozen form of a living intelligence, is the power that expands the potential of your life by raising the productivity of your time.”

This translates to a better, more productive society as well, in which disruptions occur — that’s the nature of progress — but in which its members, if left free politically, are able to continue to innovate, to retrain and to climb. Human ingenuity is unlimited — who knows what industries will be created in the future, and the jobs that those industries will require? The sky is the limit.