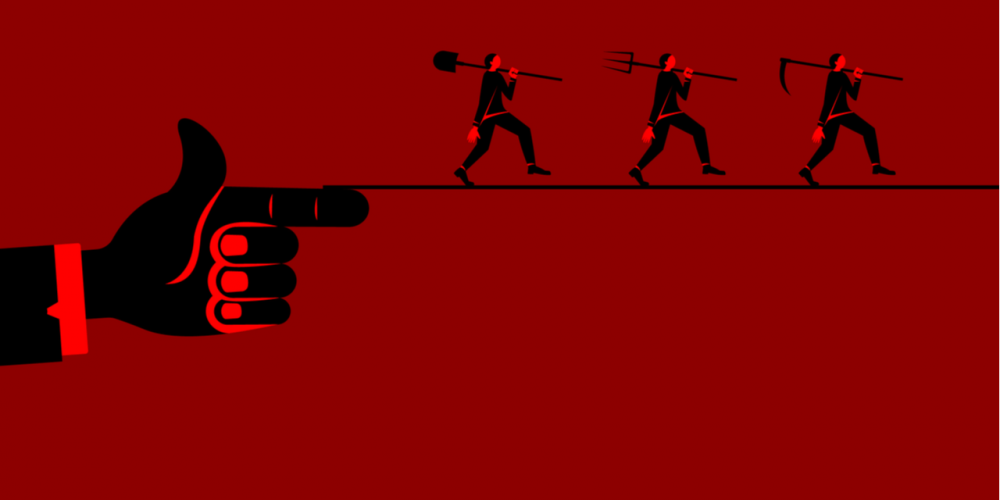 There’s a growing chorus among Democratic politicians calling for young people to “give back” through a “national service” program. At a recent candidates’ forum, presidential contender Marianne Williamson promoted her plan for a mandatory program of national service to combat climate change, among other causes. Earlier, candidate John Delaney announced a similar mandatory plan with “no exceptions.” Pete Buttigieg and Seth Moulton have also proposed non-mandatory national service, while still calling on young people to serve a “greater purpose,” one “bigger than themselves.”

Critics have rightly noted that mandatory national service would amount to a form of involuntary servitude and as such would violate the Thirteenth Amendment. But the deeper problem with proposals for mandatory service is not their unconstitutionality. It is that no one challenges the moral premise they share with the calls for voluntary service: that young people owe a moral debt to “society.”

Who or what is “society,” after all? We’ve been told that “it takes a village to raise a child.” In reality, there are only specific individuals who do this work: individual doctors, educators, coaches, etc.  But they are typically paid for their services, usually by the child’s parents (voluntarily or through taxes). They are not owed a debt by anyone, let alone by the child.

If we want to raise happy children, it’s senseless to teach them that they must sacrifice their happiness to repay some debt they owe to no one in particular.
Some children receive benefits paid for by taxpayers other than their parents. But children never asked for these benefits (and neither did those parents who oppose the use of taxpayer funds for education). Providing unsolicited services and demanding payment is the tactic of the squeegee man and the mafia protection racketeer. It is not the source of any real moral debt.

None of us asks to be born. By choosing to bring us into the world, our parents become obligated to provide for our upbringing. If they default on this, eager to let other taxpayers make up the difference, it is these negligent parents (and the politicians encouraging them) who owe a debt — not their children.

If a young person owes any kind of “debt” for having been raised well, it’s a debt of gratitude to their parents. But they should be grateful only to the extent that their parents went lovingly beyond the call of their minimum obligation.

One thing is for sure: loving, responsible parents don’t raise their children to become slaves to “society.” The main payment they seek is the joy of seeing their children live a happy life.

Parents who want their children to be happy are committed to the deeply American idea of the right to the pursuit of happiness. This radical idea is at odds with the conventional wisdom that we have an obligation to support some “higher purpose” that is “greater than ourselves.” The Founding Fathers did not fight a revolution to enslave us to the “village.” They fought to protect our right to live independent lives.

READ ALSO:  America Was Founded on Secular Ideals
The Founders’ idea that government exists to secure the right to the pursuit of happiness rests on the moral premise that the individual’s pursuit of happiness is sacred. This premise implies that there is no purpose on earth greater than one’s own happiness.

Young people are in a crucial stage in life when they are deciding what makes life worth living. If we want to raise happy children, it’s senseless to teach them that they must sacrifice their happiness to repay some debt they owe to no one in particular. On top of that, it is morally perverse to teach them that the more successful they become, the deeper their debt becomes, and that to repay it they must sacrifice to strangers who thereby become indebted to still further strangers.

Those of us with self-esteem — especially young people — should reject the un-American calls of politicians who reject the sanctity of the pursuit of happiness. We should reject the implication of the call to “give back”: that we become moochers or thieves simply by being born and raised. In fact, we are born free and clear, and we should stand with the Founders to defend this fact.