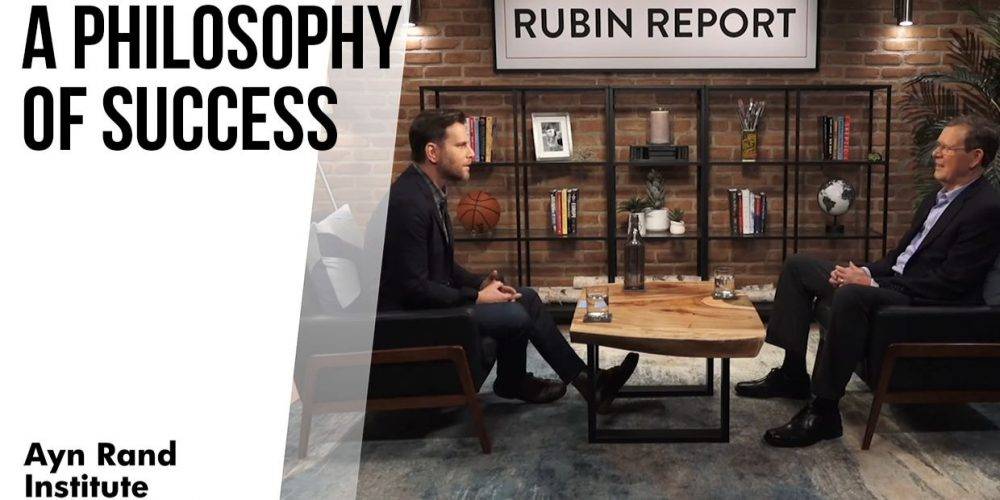 Former BB&T CEO on The Rubin Report: A Philosophy of Success

The ARI-Rubin Report interview series has been focusing on the Objectivist view of what happiness is and how to achieve it. The fascinating philosophical discussions Dave Rubin has had with some of ARI’s top intellectuals have covered various aspects of these questions and offered a variety of practical suggestions.

But Objectivism is not a grab-bag of tips to be used randomly and inconsistently — it’s an integrated set of ideas that can be applied to every aspect of life, from the personal to the professional. This point is driven home in the latest installment of the series, where Rubin sits down with John Allison, a member of ARI’s board of directors and a phenomenally successful businessman who credits his success and happiness to applying Objectivism to all areas of his life.

Allison is an excellent example of the influence that Objectivism can have on a thoughtful individual who takes it seriously. He’s the former chairman and CEO of BB&T Corporation, at the time the 10th-largest financial services holding company headquartered in the United States. During his tenure as CEO from 1989 to 2008, BB&T grew from $4.5 billion to $152 billion in assets. The Harvard Business Review has ranked him among the top 100 most successful CEOs in the world.

While most people focus on the novel’s political themes, it was the ethics of Atlas Shrugged that had the strongest impact on him.
In this thirty-minute conversation with Rubin, Allison talks about how he encountered Ayn Rand’s ideas in college and that Capitalism: The Unknown Ideal was the book that opened his eyes to her philosophy and made him understand that capitalism is not just the only practical social system, but the only moral system as well. He also discusses how Rand’s ideas impacted his life, how businessmen make our lives better yet are unjustly demonized, and a wide array of other topics.

A highlight of the conversation is Allison’s account of how he applied Objectivism — and the lessons of Rand’s novel Atlas Shrugged — to his business career. While most people focus on the novel’s political themes, it was the ethics of Atlas Shrugged that had the strongest impact on him. Allison drew the conclusion that applying Ayn Rand’s ethics to his company would be critical to its success, so he worked to incorporate Objectivism’s values and virtues into BB&T’s culture.

The ethics of Objectivism, Allison tells Rubin, is “a very rational value system that produces superior results in the long-term.” It also proved to be a significant competitive advantage for his business, he notes, and a key factor in its success. BB&T’s ability to survive the 2007–2008 financial crisis, for instance, is something that Allison credits to the bank’s Objectivism-inspired ethical culture.

On the theme of philosophical integration, he notes that career and personal life are not two separate worlds: “You should have the same beliefs at home as you do at work,” he argues. It was not just his business that thrived thanks to the right ideas: Allison explains that studying Objectivism gave him a “competitive advantage” in all aspects of his life and helped him achieve fulfillment and happiness.

John Allison views his own story as a great example of the importance of ideas and of how the right philosophy can lead to a successful life. Watch his conversation with Dave Rubin, below, to learn more about the philosophy of Objectivism and how Allison leveraged it to achieve “a life well lived.”