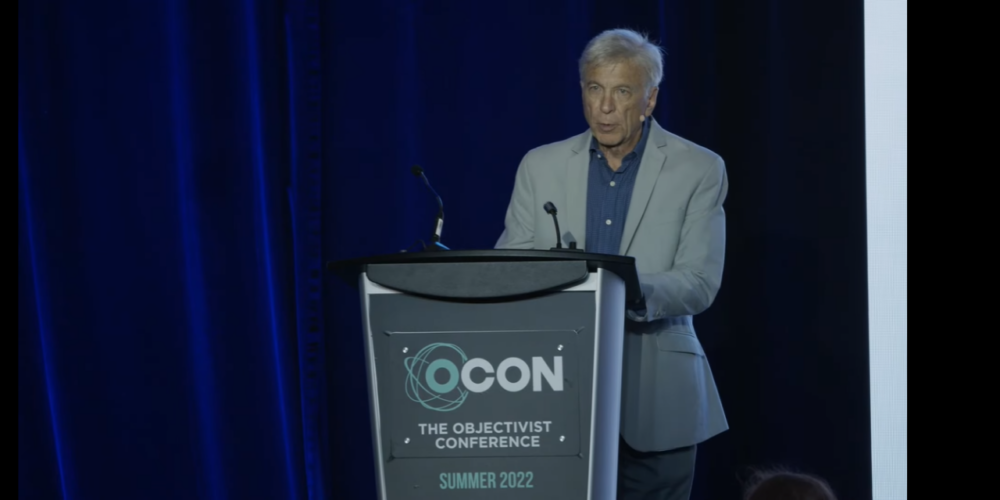 Binswanger defends a radical position on immigration: the end of all forms of governmental regulation of freedom of travel.

Caravans and boats of migrants from Latin America. Trucks transporting immigrants in inhumane conditions. Families crossing the Rio Grande with nothing but a change of clothes. People risk their lives every day to flee the dire conditions of their home countries and build a new life in the much freer and safer United States. Should they be allowed in?

During his talk at Objectivist Summer Conference 2022, Dr. Harry Binswanger answered: yes, and without restriction.

Dr. Binswanger is aware that his position is radical and controversial. There are many arguments against open borders — from economic to cultural to political. Binswanger addresses the main objections, which he says are based on collectivist premises. But first he grounds his positive argument on the individualist principles of the Declaration of Independence: the unalienable rights to life, liberty and the pursuit of happiness, which are possessed by any individual from any nation. This includes the Americans who wish to trade and engage with immigrants.

Binswanger understands, however, that open borders are an ideal for a free society that cannot be achieved overnight. But that shouldn’t deter us, he says, from using that ideal to guide us in the right direction and start implementing certain incremental changes toward that end. He makes some concrete policy suggestions to that end.

In the Q&A portion of the talk, Binswanger addresses questions on topics such as:

Binswanger closes by relating how, when asked about her position on immigration, Ayn Rand said, “How could I advocate restricting immigration when I wouldn’t be alive today if our borders were closed?”

Watch Dr. Binswanger’s talk below for his take on what immigration should look like in a free society.