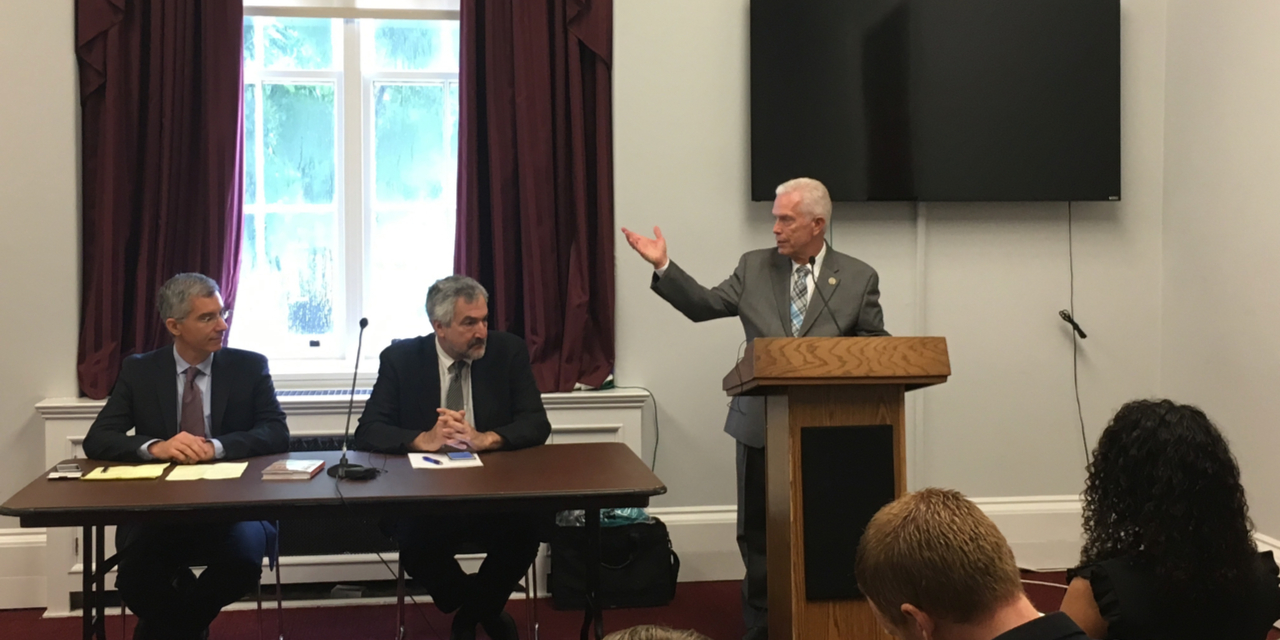 The July event, cosponsored by the Middle East Forum and the Ayn Rand Institute, was aimed primarily at congressional staffers, and it featured talks by Daniel Pipes, a scholar and the president of the Middle East Forum; Rep. Bill Johnson of Ohio; and Rep. Ron DeSantis of Florida.

In 2017, Johnson and DeSantis launched the Congressional Israel Victory Caucus, whose goal is “to introduce a new U.S. approach to Israel-Palestinian relations.” The centerpiece of that approach is a policy solution to the Israeli-Palestinian conflict long advocated by Daniel Pipes. “It’s a plan that I believe has a lot to recommend it,” said Journo, “and in the final chapter of my book, I suggest adopting it as one component of a wider, fundamental reset in America’s approach to the conflict.”

Journo’s talk stressed the need for a principled approach in America’s foreign policy. “I described a major gap in the debate over American policy toward the Israeli-Palestinian conflict. What’s missing from that debate is a serious concern with justice — a gap that my book aims to fill,” he explained.

“I was honored to take part in this event,” Journo added. “My thanks to the members of Congress who joined us and to the folks at the Middle East Forum, particularly E. J. Kimball and Dr. Pipes, for arranging everything.”