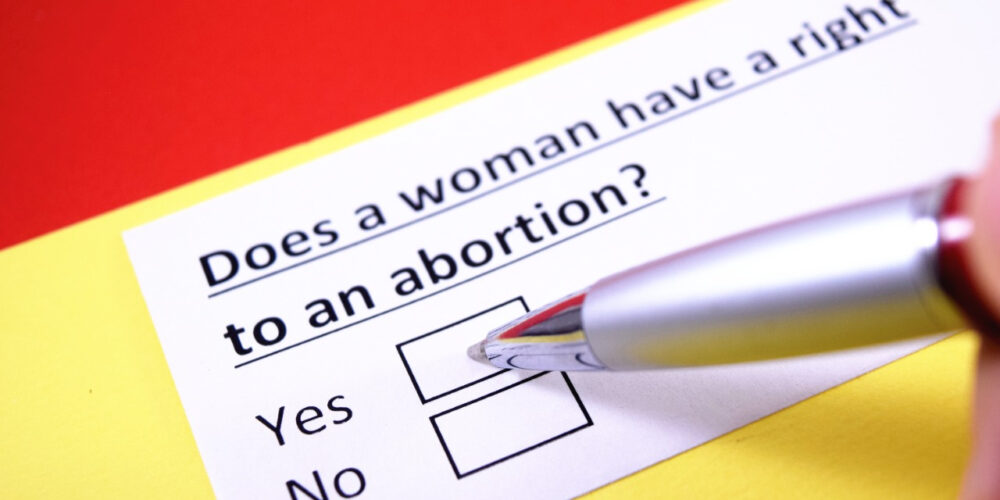 Arguments from the common American understanding of individual rights can work. I’m proof.

Tragically, the Roe v. Wade decision did not survive long enough for anyone to celebrate its 50th anniversary (January 22). Yet in the months since Dobbs v. Jackson, there is evidence that advocates of abortion rights should not abandon all hope.

One sign of hope came on August 2, when Kansans voted by impressive margins to reaffirm the state constitution’s protection of abortion rights. In a reliably “red” state, this could not have happened without significant Republican support. Then just this past January 5, the South Carolina Supreme Court (whose justices are chosen by a Republican legislature) overturned that state’s sweeping abortion ban on the grounds that its state constitution protected abortion rights within certain limits.

If these unexpected victories are possible, more voters and policy makers than you might expect are also persuadable about abortion rights. I’m living proof. I used to oppose abortion rights, and now I’m a vocal advocate for them. I want to share what changed my mind.

The best post-Dobbs commentary I’ve seen from abortion rights defenders has highlighted compelling stories about the terrible consequences of abortion restrictions for the lives of women. Not only the stories of rape and incest victims, but also the countless ordinary accounts of women who were just too young or too economically challenged to carry a pregnancy to term. For many, having children is simply not their ambition: career is. These stories are an indispensable part of the case for abortion rights.

But to really change minds about abortion — at least to change the mind of someone like twenty-year-old me — the stories must be told with the right moral framing. Someone needs to respond to the question I asked: Why does the need to escape from terrible socioeconomic dilemmas justify murder?

The only compelling response to this question is to challenge directly the assumption that abortion is murder by refuting the premise that a fetus is an individual human being with rights. That means answering standard anti-abortion arguments alleging that human DNA or a heartbeat or a capacity to feel pain gives the fetus rights.

Answering these arguments requires a solid grip on the concept of individual rights, to understand why a woman has them — and a fetus does not.

In America, we revere the rights to life, liberty, and the pursuit of happiness because we think the individual should be the sovereign judge of his or her own path in life. We protect individual rights like the First Amendment rights to free speech and freedom of religion because we think that even if the majority favors some viewpoint or creed, an individual needs to be able to dissent from the majority, to dissociate from them, to be able to go his or her separate way in pursuit of his or her own view of what happiness requires.

The individuality that individual rights protect is the ability of separate individuals to act independently of each other while living peacefully in the same society.

'The individuality that individual rights protect is the ability of separate individuals to act independently of each other while living peacefully in the same society.' Click To Tweet

If this is what individual rights protect, then a woman has an individual right to abortion, and a fetus has no rights. The fetus is not an individual in the relevant sense. It’s a potential but not an actual, separate individual who can act in accord or discord with others. It can’t because it’s inextricably embedded in the body of a real individual — the thinking, feeling, acting woman. For these reasons, aborting it is not murder.

This view of individual rights — the original American view — shatters the shopworn arguments for fetal “rights.” The heartbeat, the distinct human DNA, the ability to feel pain — none of these is the fundamental basis of rights. Individual rights begin with physical individuation at the moment of birth. Unlike the fetus, the woman is an individual who can pursue happiness and needs freedom to do it: she needs to be able to choose her own beliefs, her career, her economic and personal relationships, and yes, how she chooses to use her body, to reproduce or not.

There are many questions to ask about this argument (which I address in my book). But getting clear on the meaning of individual rights is the first and most important step in changing minds about abortion rights.

The election in Kansas showed that the rhetoric of individualism can work. Ads opposing the constitutional measure highlighted how it would permit a “government mandate designed to interfere with private medical decisions” that “could put more of your individual and personal rights at risk.” That rhetoric also had the advantage of being profoundly true.