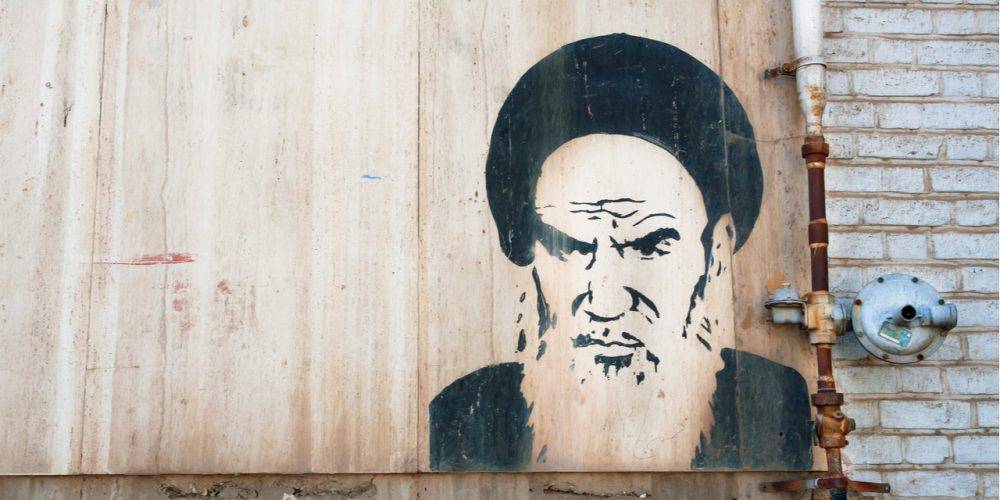 Presidential Candidates — and Trump — Are Wrong About Iraq

On the 2020 campaign trail, opposition toward the Iraq war has become a litmus test of moral stature. Witness Elizabeth Warren (who “never believed what Cheney and Bush said about Iraq”) signaling her virtue and shaming Joe Biden (and Trump), who supported it. And Trump denies he was ever for it. The common, underlying assumption is that not only the rise of ISIS, but so much of the Middle East’s chaos is ultimately rooted in the 2003 U.S. invasion of Iraq.

The Iraq war was a debacle that sacrificed thousands of American lives and sowed chaos. But is it fundamental to understanding, and responding to, the threats emanating from the Middle East?

Look, instead, at America’s initial encounters with the ascendant Islamist movement.  The first happened forty years ago this week.

Decades before ISIS made headlines, Iran’s 1979 Islamic revolution created a totalitarian society defined by Allah’s law. The cleric Ayatollah Khomeini vowed that the revolution cannot be limited only to Iran’s borders; it must be spread by force — through jihad — everywhere. Amid that revolutionary tumult, on November 4, 1979, Khomeini loyalists stormed the U.S. Embassy in Tehran, seizing the compound and taking American diplomats and guards hostage. The hostages endured a living hell. They were, by turns, beaten, paraded on television, terrorized with mock executions. This was not merely a humiliation for Washington. It was an act of war.

How did Washington respond to this outrage? Did it recognize the ideological threat Iran embodied? Did the U.S. immediately threaten (if necessary) to deploy retaliatory military force to free its citizens?

The response from Washington was foreshadowed by orders given to the American guards on the day of the embassy takeover. Facing the invading militants, the guards were instructed not to fire their weapons — lest they anger the mob. Such reluctance to stand up to aggression pervaded the response of Jimmy Carter’s administration, which committed to a path of appeasement (late in the game, there was a military rescue mission, but it was an embarrassing failure). After 444 days of captivity, the 52 American hostages were finally released.

How? Only after Washington essentially paid a ransom. By condescending to negotiate with Iran at all, Washington conferred on it the undeserved status of a civilized, moral equal.

Speaking of the hostage crisis, Ayatollah Khomeini famously observed that America cannot do a damn thing. Iran was an inspiration for Islamists everywhere.

Washington’s policy in the Iran hostage crisis fit a haphazard pattern of evasion, appeasement, and sporadic half-measures. It was a license and invitation to further Islamist aggression.

Iraq was never the fundamental issue. The Iran-led ascent of the Islamist movement was. It still is.
In 1983, Islamists struck American targets in Beirut, Lebanon, first at the U.S. Embassy (17 dead) and, later, a barracks housing Marines, serving as peace keepers (241 dead). Iran had a major role in these attacks, but conspicuously missing from Washington’s response was an explicit recognition of Iran’s culpability. Having fired off a few inconsequential shells at terrorist camps, President Ronald Reagan ordered a “re-deployment” of American forces — essentially a retreat that fulfilled the wishes of the Islamists.

Looking back on that retreat, Osama bin Laden took the lesson — and taught his followers — that America was a paper tiger.

And, without deliberate irony, Bush invited Iran (the leading state sponsor of terrorism, according to the State Department) to join a post-9/11 coalition against “terrorism.” Bush temporarily tagged Tehran as part of an “axis of evil” before rapidly dropping that phrase, and spending the waning years of his administration coaxing the Iranians to the negotiating table.

READ ALSO:  Sept. 11 and the Failure to Confront Islamic Totalitarianism
It was Barack Obama who managed that diplomatic “feat,” in the 2015 Iran nuclear deal, which served to entrench Iran’s theocratic regime. Donald Trump walked out on the Iran nuclear deal, but he apparently imagines himself able to broker a better deal — as if the Islamist regime in Tehran can be counted on to abide by any diplomatic agreement.

The underlying problem is the persistent U.S. failure to understand and confront the ascendant Islamist movement, which Iran has spearheaded since 1979. That failure has fueled a spiral of Islamist aggression far beyond the Middle East. Absent that pattern, Al Qaeda would have never felt emboldened to strike; nor would the Islamic State. Nor would Iran have come to exert massive influence in Lebanon, Syria, Iraq, Yemen, and across the region, while seeking nuclear capability.

Which makes the posturing about the Iraq war on the 2020 campaign trail such a disgraceful spectacle. Everyone who supported the war, everyone who changed their minds, and everyone who originally opposed it: they’re all wrong. Iraq was never the fundamental issue. The Iran-led ascent of the Islamist movement was. It still is.

Unless we grasp that, and change course, there’s no hope that whoever sits in the Oval Office, whether Republican or Democrat, can define a sensible foreign policy in the Middle East.

A version of this article originally appeared in The Daily Caller.