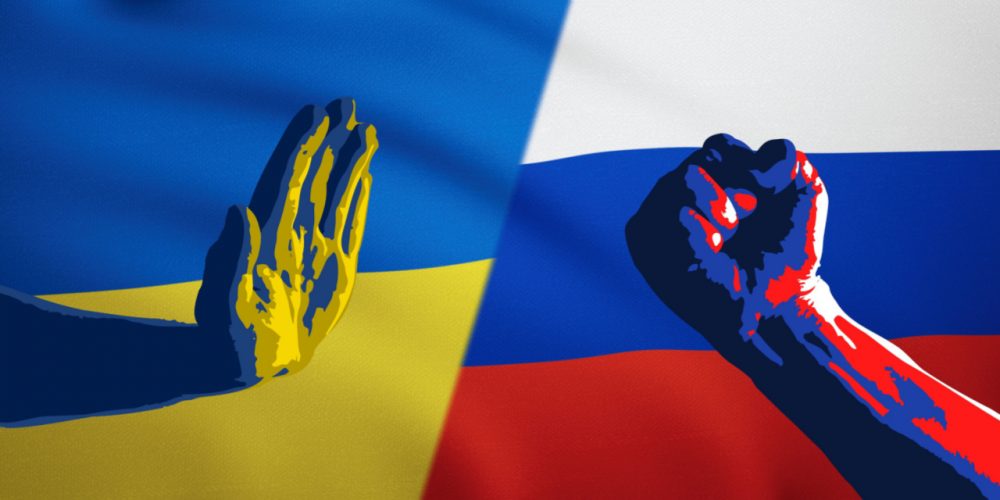 “National Conservatism’s” cheering of Ukraine is a fraud, because this movement’s anti-individual ideas are embodied in Putin’s war.

“Ukraine has made nationalism cool again” — “Nationalism’s finest hour” — “Ukraine shows we live in a nationalist world.” Articles with these provocative titles began to appear shortly after Russia’s invasion of Ukraine. All were authored by prominent advocates of “national conservatism.” They continued to press the theme in March at a National Conservatism conference in Brussels, where a series of speakers championed the cause of Ukraine. And since then, they’ve spoken out against Putin’s war.

But in celebrating Ukraine and trying to connect their ideology with its fight, national conservatives protest too much. The ugly truth is that it’s Putin’s aggression — not Ukraine’s self-defense — that actually embodies their nationalist ideas.

What makes the national conservative support for Ukraine’s resistance look semi-plausible is the ambiguity of the term “nationalism.” Colloquially, this term simply means loyalty to one’s nation and its interests as against those of others. Ukrainians are fighting against the odds to save their nation against an invading foreign power. So it’s unsurprising that some people might suppose that Ukraine’s fight is an instance of national conservatism’s “nationalist” ideology.

But national conservatives mean something much more specific — and shockingly dangerous — by “nationalism.”

In the work of this movement’s leading philosopher, Yoram Hazony, “nationalism” is a substantive moral-political ideology. Paramount is not the individual, but the nation, its needs, its unity, its “collective self-determination.” Hazony thinks states should be formed exclusively along national lines, where a nation is understood as “a number of tribes with a shared heritage, usually including a common language or religious tradition, and a past history of joining together against common enemies.” Motivating this is a view of human nature according to which our tribal and national identities are “an integral part of ourselves,” so much so that most of our responsibilities derive not from any individual choices but from this collective identity.

But these are the exact ideas Putin has explicitly drawn upon to justify his war.

Putin has claimed that Ukraine and Russia were historically one nation (Kievan Rus’), which is the traditional source of their overwhelmingly similar Slavic languages and orthodox Christian religions. This echoes Hazony’s own criteria for nationhood. Though Ukraine and Russia have diverged somewhat culturally, Putin claims that these differences were imposed by the imperialistic Latin/Catholic West. And one of Russia’s chief reasons for the current invasion has been to cancel Ukraine’s bid to rejoin the West, in particular NATO. Hazony himself explicitly regards NATO’s projection of power as imperialistic. On these grounds, Putin believes Ukraine must be reunited with the Russian nation by the “special military operation” in Ukraine. Putin’s actions are fully aligned with Hazony’s own principles.

Notice, by the way, how the commonality between Putin’s rule and national conservatism extends beyond the war. National conservatives are closeted authoritarians who believe in entwining church and state, using government to encourage childbearing and “interven[ing] energetically” to combat “immorality and dissolution.” Openly authoritarian, Russia supports the Orthodox Church, seeks to boost childbearing, and energetically persecutes those deemed immoral (see, for example, its “traditional values” agenda).

National conservatives, however, claim that Putin’s war is not nationalistic. By trying to subjugate Ukraine, they say, Russia is being “imperialistic,” which somehow precludes also being nationalistic.

Hazony argues for that distinction in his book to defend nationalism from guilt by association with the Nazis (National Socialists) and other putatively nationalistic but aggressive regimes of history. But if Nazi Germany — which subordinated the individual to glorify the Aryan Volk — wasn’t really nationalistic, what regime on Earth ever was? Hazony never gives a convincing example. His example of ancient Israel won’t do: if we are to believe the legends, it had to subjugate various Canaanite peoples to establish itself.

Can national conservatives dissociate from Putin’s war on the grounds that it violates the individual liberty of Ukrainians (and Russians, including those compelled to fight)?

National conservatives cannot convincingly distance themselves from Russia’s aggression, because their ideology licenses the “collective self-determination” of a nation. And that’s central to Putin’s rationale.

Putin’s regime is the aggressor; Ukraine is its victim. Compared to Russia, Ukraine is by a wide margin the better regime, with some respect for peace and freedom. It is fighting to break the yoke of Russian despotism. And if you support that goal (as we do), what you endorse is not the “collective self-determination” of Hazony’s nationalist theory and Putin’s practical reality.