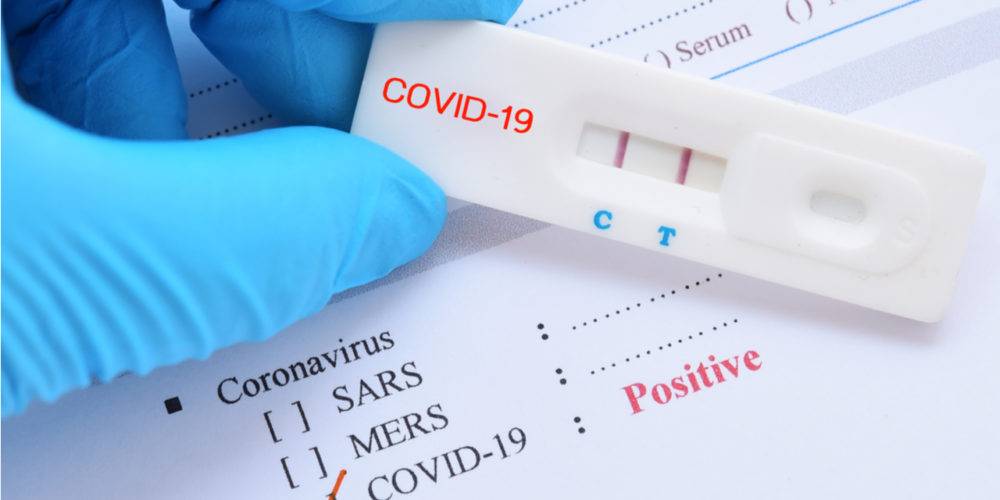 The FDA Mandates Ignorance about Covid-19

After socially distancing for months, people are rightly frustrated that they often can’t get tested quickly or cheaply enough to know when it’s safe to meet other people. Yet there is a cheap, promising form of testing technology that could permit millions now sheltering at home to return to work and school without undue fear of unwittingly spreading the virus.

The tests are called rapid antigen tests. While the Food and Drug Administration has approved more expensive versions of these tests for doctors to prescribe and administer, the agency still has not authorized the most inexpensive over-the-counter versions for consumer use. Why?

A growing number of epidemiologists led by Harvard’s Michael Mina think the current standard for diagnosing Covid, polymerase chain reaction (PCR) tests, are toosensitive and too slow to effectively trace and track contagious super-spreaders. PCR tests detect relatively small amounts of Covid’s genetic material — even after the patient is no longer infected or contagious. And by the time their results are returned (days or weeks later), patients who were once contagious aren’t any more.

Mina and others think rapid antigen tests are potential game-changers.1 These tests detect when the patient has a relatively high viral load and is most likely contagious. They take only fifteen minutes and can be done easily at home. And because they are cheap, they can be taken regularly (even many at once) to let people know almost immediately if they should stay away from social gatherings. Frequent and widespread use of these tests could help fully reopen our economy.

But the FDA worries that antigen tests are not as sensitive as the PCR lab tests and would deliver many false negatives for patients who are infected. As FDA spokesperson Emma Spaulding explained, it’s important that tests approved for over-the-counter use have a low false negative rate because “an individual with a false negative result from an OTC diagnostic test may be less likely to quarantine despite symptoms, putting others in the community at risk.”2

The FDA’s policy sacrifices the people who need knowledge to those who fear ignorance and error.
This way of thinking misses the point that a test with low sensitivity isn’t a bug; it’s a feature. Rapid antigen tests aren’t designed for diagnosis; they’re designed to detect the high viral load that’s a sign of being contagious. It’s contagious people who most need to worry about putting others in the community at risk.

False negatives are a real problem. But the FDA’s stance seems blind to all the ways we know how to deal with it. Women who think they may have gotten pregnant even when their home test comes back negative can always take another test or go to their doctor. The same is true for people who get a false negative on an antigen test — especially if they know that the test yields many false negatives. They can test and retest and still elect to keep wearing a mask or stay away from especially risky interactions — particularly if they have symptoms.

If the problem is that some people might misinterpret negative results, why not educate them about how to better interpret the tests? Why not emphasize the need for better labels and instructions? Some people won’t pay attention, but those same people are probably already engaging in risky behavior without wanting to get tested in the first place.

The FDA’s policy implies that it’s better to let everyone blindly assume they’re contagious than it is to let those who are likely contagious have a way of knowing it. This stems not from some special scientific concern, but from a deeper philosophical view about the value of knowledge to ordinary people. The FDA is literally barring us from gaining critical scientific knowledge about our contagiousness. This policy sacrifices the people who need knowledge to those who fear ignorance and error.

READ ALSO:  A Pro-Freedom Approach to Infectious Disease
Unfortunately, the FDA’s attitude toward this controversy is not an accident of the current pandemic; it’s a problem endemic to the agency itself. Its existence robs consenting adults of their right to use their own knowledge to decide what to ingest into their own bodies. For years the FDA stopped even terminally ill patients who knew the risks from freely agreeing to take new, experimental drugs that mightsave their lives. This not only stopped patients from benefitting from nascent scientific knowledge, but also prevented scientists from getting more data about the efficacy of these drugs.

There are lingering scientific questions about the overall effectiveness of antigen tests. The best way to answer these is to let people use them and collect the resulting data. Indisputably, drugs and medical devices should be rigorously tested before being put into general use. But it’s one thing to think testing should be conducted by experts, and another to think it must be approved by a regulatory agency backed by government coercion.

A version of this article was originally published on RealClearPolicy.