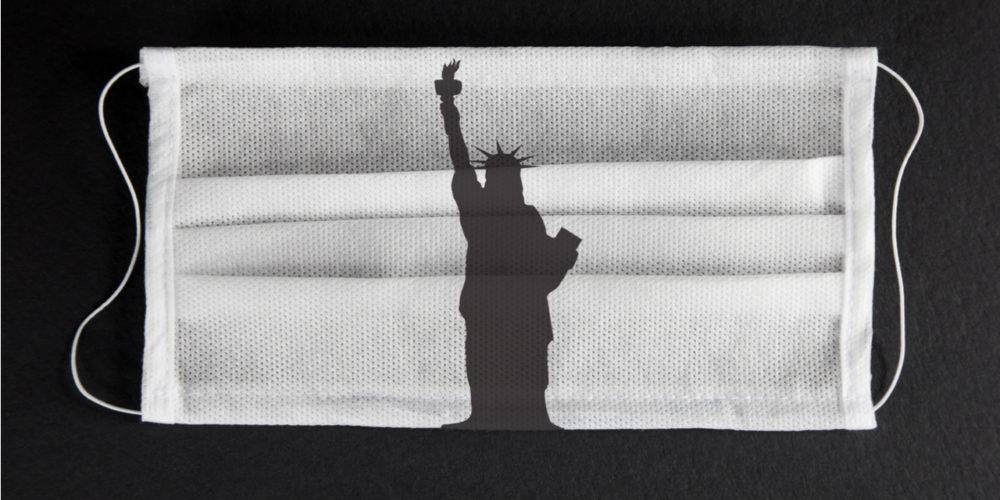 The Freedom to Fight Infectious Disease

Let’s face it. America’s governmental response to Covid-19 is a fiasco. Who is to blame? If you ask New York Times columnist Paul Krugman, it’s Donald Trump and . . . wait for it . . . Ayn Rand.

Krugman’s first claim is true. The second is a smear, which would not be worth addressing in detail except for the fact that Krugman’s smear endangers lives.

As is by now well known, the Trump administration first ignored the threat, then, aware of the threat’s severity, purposely downplayed it, sidelined the CDC and left the nation desperately hoping that somehow the virus, in the president’s words, “miraculously goes away.” Whatever Trump’s protestations to the contrary, he and his administration bear enormous responsibility.

But what is Rand’s culpability? Apparently, she has conveyed to Americans “a misunderstanding of what freedom is all about.” Originally titled “How Many Americans Will Ayn Rand Kill?,” Krugman’s column is subtitled: “Liberty doesn’t mean freedom to infect other people.”

As though Rand ever said or implied that it did.

This is what Rand actually answered in 1962 when she was asked about the government’s role in infectious disease. “If someone has a contagious disease . . . against which there is no inoculation, then the government has the right to quarantine him.” But “before the government can properly act, there must be an objective demonstration of an actual physical danger. To quarantine people who are ill is not a violation of their rights; it merely prevents them from doing physical damage to others.”

But let’s leave aside Krugman’s disgraceful misrepresentation of Rand’s viewpoint to focus on his larger theme. Krugman is implying that America’s failed response flows from being too focused on individual liberty. That’s perverse. We failed because we abandoned the American political ideal of freedom.

Precisely because you don’t have the right to infect others with a disease like Covid-19, the federal and state governments should have been laser-focused on carriers of Covid-19. They should not have deprived the residents of entire states of the freedom to move and work, and then dole out trillions of dollars in a futile attempt to repair the damage their lockdowns were causing. Rather, they should have been focused on detecting and quarantining individuals who were spreading the disease. And through some form of contact tracing, they should have alerted potential victims who may have contracted Covid-19.

In a free society, this is the government’s role in combating infectious disease. This is the approach that the government of Taiwan planned for, with the help of U.S. experts, and which it quickly implemented at the first signs of the emergence of SARS-CoV-2. The results are dramatic. As of October 30, Taiwan reports 554 cases and 7 deaths.

Of course, to detect and isolate carriers of Covid-19, the government of a free society must purchase tests and implement quarantine measures. But beyond this, it has no role except a negative one: to leave us free.

This means that the creation, manufacture and sale of tests should not have been controlled by government. Had it not been, the entrepreneurial spirit and business acumen of America’s private labs and pharmaceutical and tech companies would have unleashed a torrent of innovative products. Is there any doubt that the U.S. response would have dwarfed the response of South Korea’s private sector? Imagine the money sports leagues, theme parks and hotel chains would have invested in developing and deploying rapid-result tests, if this would have enabled them to remain open.

READ ALSO:  What Was Ayn Rand's View of 'Conservatism'?

More generally, doctors, hospitals and pharmaceutical companies would not have faced FDA and other governmental controls that, at best, hampered their ability to experiment and to develop treatments as quickly as possible.

And perhaps most importantly, businesses and individuals, instead of being forced to shelter in place, would have been free to assess the risks, to deploy the safeguards they thought necessary (like social distancing and wearing masks), and to continue to produce and live as best they could in the face of the novel virus.

Some of us, for instance, may have chosen to socially distance to such a degree as to work from home and not go out unless absolutely necessary, while others may have decided that they needed to go to and from work but would otherwise mostly stay home.

We need freedom in part because no two individuals and no two life circumstances are alike. The CDC’s 2017 guidelines for an influenza pandemic as severe even as that of 1918 contain largely voluntary measures, and these should have been the model for the Covid-19 pandemic.

The likely outcome would have been that the most vulnerable to Covid-19, with the help of their loved ones and of businesses left free to function, would have implemented significant countermeasures and the less vulnerable would have lived lives closer to normal.

The net result of a government laser-focused on testing, isolating and contact tracing, and of citizens free to deploy the best countermeasures we could discover and invent, would have been far less economic devastation and far less loss of life.

I’ve written a lengthy paper, “A Pro-Freedom Approach to Infectious Disease,” based on Rand’s conception of liberty, in which I explore in greater detail these and other issues, like hospital capacity in a government-controlled health care system. Krugman should have read it before publishing his smear.