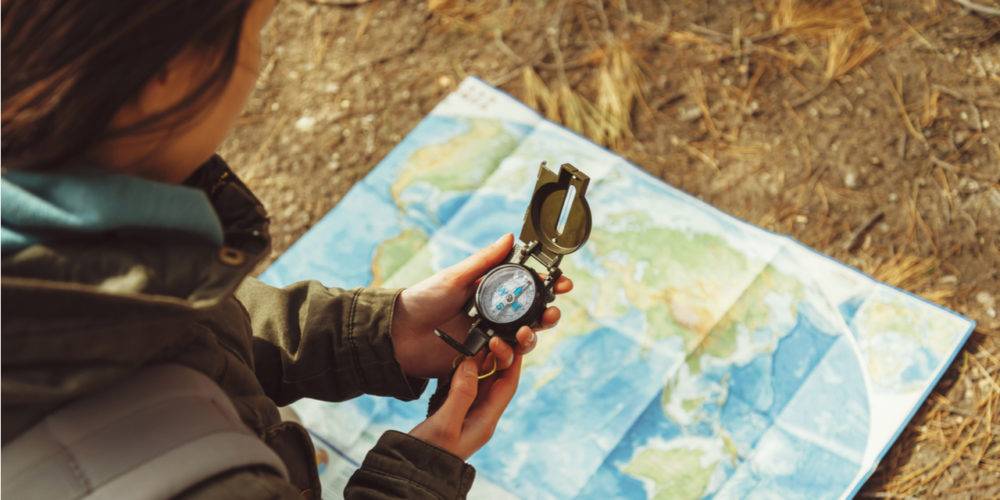 The Guidance We Need to Follow the Coronavirus Science

Only a rational code of ethics can tell us which science to follow to combat the coronavirus pandemic.

Governments are now lifting various national and statewide “shelter in place” orders. They’ve done so, reassuring their audiences that their decisions will “follow the science.”1 It’s a respectable-sounding slogan, especially because we are now dealing with the consequences of a pandemic that was made all the worse by leaders who ignored the warnings of scientists. But what does the slogan really mean?

Only medical experts are in a position to learn how Covid-19 spreads, how to prevent it, and how to treat it. But policy makers are not often scientists themselves. They have to decide which scientific conclusions are relevant to their policy goals, and which goals are the right ones to pursue. In working to contain a pandemic, they can’t do this by accepting the oversimplified advice to optimize some single narrow variable. And there is a field of rational knowledge that can help choose the relevant science for the right goal, as a compass helps us to know how to use a map.

Superficial ways of “following the science”

Some have argued the decisions to lift lockdowns aren’t being made in accordance with the science, because they aren’t tied to one narrow metric or another they deem important. But the big question is whether they’ve chosen the right metric.

For instance, writing in The Atlantic, David Graham argues that decisions to lift the lockdowns are not rooted in scientific data – and in “defiance” of medical expertise – because coronavirus case numbers were continuing to increase even as the lockdown orders were being lifted.2 This counts as “defying medical expertise” only on the assumption that the goal of the lockdowns was to reduce the raw number of cases. But there are many reasons to doubt that this number is a meaningful measure of the scale of the pandemic, let alone that reducing this number is the proper goal of our response to it

Another article offers a slightly more objective measure of the impact of the pandemic, but still comes up short on explaining why it should guide government’s response. In the Washington Post, Jeremy Faust and Carlos del Rio argue that any metric using current cases depends on the number of tests administered, which varies from place to place, making the metric unreliable.3 They recommend measuring the damage of the pandemic by the standard of excess fatality, the number of deaths from all causes in a period of time that exceeds the average expected number. And they argue that as long as any excess mortality is measured, we should not lift the lockdowns. But they do not explain why a return to normal mortality is the unvarnished ideal.

In a recent interview, I asked Dr. Amesh Adalja, a senior scholar at the Johns Hopkins University Center for Health Security who specializes in infectious diseases and pandemic security, what he thought the real goal of the lockdowns was. His answer was revealing: “The goal was to flatten the curve, meaning, it doesn’t necessarily change the number of cases or the number of deaths you have, but it slows them to a pace that’s manageable by the health departments and their contact tracers, as well as the hospitals and hospital capacity. . . . Many governors did put hospital capacity into their metrics, and that’s why they were lifting.”

It’s one thing to say that the goal of the lockdowns was to preserve hospital capacity. It’s another thing to decide what their goal should have been — or if any goal could justify them at all. How do we choose worthy goals for policy and for our behavior more generally? What is the compass by which we can follow the map of science?

One commentator – Rich Lowry in Politico – gives a perfect illustration to stress why science alone cannot dictate policy: “Science can make the atom bomb; it doesn’t tell us whether we should drop it. Science can tell us how to get to the moon; it doesn’t tell us whether we should go.”4 By the same token, science can discover the effects of lockdowns; it can’t tell us if those effects justify the other consequences on our livelihoods. That’s because the specialized sciences don’t settle questions of value.

The field that identifies and sets standards for the values that guide human decisions is ethics.5 The standards it proposes are fundamental standards against which a physicist’s bomb, an engineer’s space mission, or a doctor’s quarantine can be assessed. This is what makes ethics a general philosophical discipline, not just one of the specialized sciences.

Government policy is always guided by some code of values. It explicitly aims to promote certain interests or protect certain rights. And because government implements its policy by force of law, giving it the power to affect the interests of countless individuals, our government must be guided by a rational code of values. That’s especially true of government infectious disease policies. Given their side effects on our wealth and other aspects of our welfare, including especially our personal liberties, it is crucial to choose only those policies and metrics needed to achieve the relevant policy objectives.

And yet, there are disputes in ethics about the basic standards of value. How is a rational person to choose among them? A full answer goes well beyond the scope of this article: it’s been the subject of philosophical debate for centuries. But there is something preliminary we can say even here about choosing the right goals in health policy that could point us in the right direction for answering the more general question.

I discussed the question of what it means to follow the science in making health policy in a recent webinar with Dr. Gregory Salmieri, senior scholar of philosophy in the Salem Center at the University of Texas, Austin. Salmieri pointed out that there’s an ethical standard at work in many doctors’ own daily practice that is relevant to thinking about health policy more generally.

This is especially true when a patient may have little time left to live: one course of treatment may buy them time, but at the expense of quality of life. If the treatment doesn’t buy them much time, doctors understand that patients may have good reason to decide that they’d rather spend the remainder of a shorter life doing their favorite things with the people they love, while others might have good reasons to decide differently.

If doctors respect a terminal patient’s choice to forego life-lengthening treatment because they value the quality of their remaining time more, why shouldn’t doctors and the politicians who listen to them do the same for those of us whose death is likely much further off? We are all ultimately terminal. But we have a choice about how to spend the time we have left and how to take risks that could affect that time. If terminally ill patients can rationally choose to prefer the near certainty of dying within months, why can’t healthy patients rationally choose activities that slightly increase their chances of dying sooner than if they simply sit home?

The point is not simply that doctors rely on a standard that respects personal priorities and choices. It’s also that this standard is a rational one. It’s obviously irrational to throw away one’s life for a cheap thrill. But there is a big difference between giving into an emotionalistic urge and soberly reflecting on one’s prospects for getting what happiness one still can out of life.

The idea that independent and sober reflection is better than impulsive emotionality is an implicit value premise of the practice of science itself. Scientific heroes are heroes because they made the independent choice to recognize the truth when others let fear or anger cloud their judgment. Understanding this, scientists encourage open disagreement and criticism, on the premise that the truth will out in the end.6

But if scientists recognize the value of unfettered rational inquiry and experimental risk-taking, they should also respect the importance of allowing non-scientists to chart their own unfettered course in life, to assess their own tolerance for risk, rather than forcing them to join a coercive social project of minimizing excess mortality. This has important implications for the goals a government should rely on in crafting policies to contain infectious disease.

Government officials should be wary of the temptation to offload the responsibility of making decisions about how to lift the lockdowns onto others. They should resist the seductive pleas to peg the re-openings to narrow metrics that are relatively easy for everyone to read, even when the relevance of these metrics to the overall goals of government policy has not been carefully considered.

If we are to move forward, we need leaders who are willing to guide their decisions not only by the best scientific data, but by sober reflection on the values for which this data will be pressed into service. And to engage in that sober reflection, they will need to pick up the compass of moral philosophy.