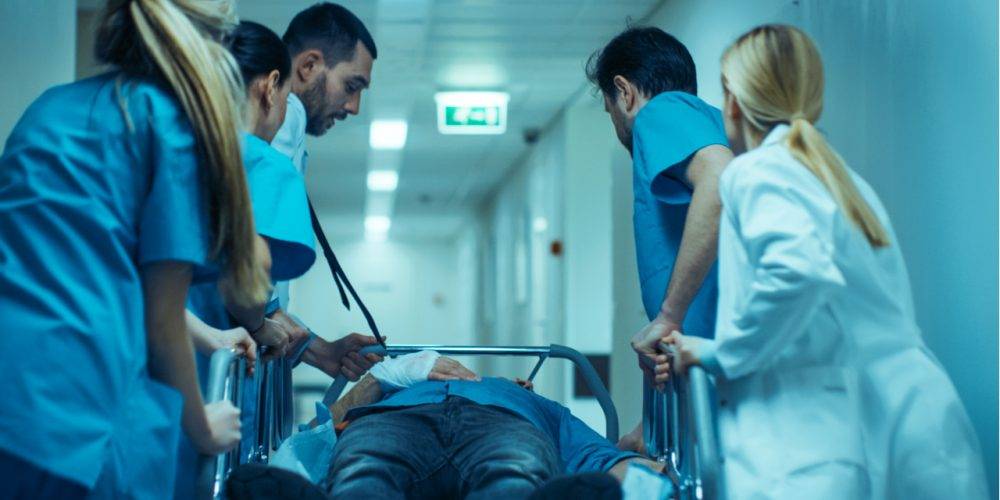 The pandemic is showing that, all around us, there are under-appreciated heroes.

Legions of them work in hospitals. What’s become clear in New York and elsewhere is that doctors, nurses, and other healthcare workers are up against battlefield-like conditions. The lack of widespread testing, the desperate scarcity of ventilators and dwindling supplies of personal protective equipment, such as face masks, have made their work far more difficult and greatly increased their risk.

The horrifying stories multiply by the day: doctors having to re-use their masks; hospital staff using garbage bags to improvise gowns; doctors having to weigh whether to imperil their own lives to save patients. Here, from the vantage one E.R. physician, Dr. Colleen Smith, is a look inside hard-hit Elmhurst Hospital in New York.

A possible sign of what’s yet to come is evident in Spain, which also has an acute shortage of masks and protective gear. Nearly 14% of all COVID-19 cases in Spain are medical professionals, many apparently infected on the job. One E.R. nurse in Spain has decried the fact that, lacking adequate protective equipment, she and her colleagues have been turned into “health care kamikazes.” (Some doctors in the U.S. are writing and updating their wills.)

Many Americans have expressed their gratitude for the work of doctors and nurses. Take a look at Twitter or Facebook. In New York City, residents stood at their windows to applaud and cheer their tireless efforts. Elsewhere, individuals and companies have collected supplies of masks and donated them to local hospitals.

But if only such appreciation were universal. What’s been stomach-turning is the evident devaluing of doctors and nurses by some administrators of certain hospitals and by government authorities. It is the responsibility of government authorities to prepare for this kind of situation by ensuring adequate supplies and resources, but we’re seeing what happens when the calls for crisis-preparedness go unheeded.

There’s still another kind of devaluing of doctors and nurses. Consider the college students who flocked together on the beaches of Florida or Mexico on spring break, or the New Yorkers who reportedly arrange pandemic potluck dinners in crowded apartments. They choose not to voluntarily social-distance. They may decide to be fatalistic about their own health—“if I get corona, I get corona!”—but it’s reprehensible to do that and then when they get sick to expect that doctors and nurses, lacking adequate protection, treat them in the E.R. Imposing such a risk on healthcare workers is to disregard their lives.

The ugly premise behind such indifference is that doctors and nurses—individuals who spend years upon years mastering oceans of scientific knowledge and continually honing their life-saving skills—somehow owe us their lives and work. It’s as if they’re our servants, and we don’t have to care what happens to them. The expectation is that they’ll always show up to work, even at the cost of their own health and the well-being of their families. But this is an inverted kind of blackmail, a form of exploitation that counts not on vices, but on the virtues of doctors and nurses. It’s precisely because of their love for their work and dedication to patients that so many of them show up every day.

This same premise, evident in the UK’s National Health Service, long ago wormed its way into America’s government-controlled healthcare system. For decades, we saw the imposition of control after control, minutely regulating the judgment of doctors and nurses, making their jobs harder—with the expectation that they will endure anything to save lives. The pandemic, some people clamor, validates the case for moving to some form of state-run healthcare, like Medicare-for-All. But the opposite is true. Embedded in such systems is a basic disregard for the lives, judgment, and freedom of doctors and nurses.

That’s also what underlies the alarming suggestion by New York mayor Bill de Blasio for a national draft of doctors and other medical workers to serve in hospitals, beginning with New York.

Doctors and medical workers are the “forgotten man” of socialized medicine, with harmful repercussions for us all. Such callousness toward them is a moral travesty.

One lesson we can already draw from this crisis is that we need properly to recognize the tremendous value of doctors and nurses. Another is that rather than imposing further controls or nationalizing healthcare, we need to move toward liberating them and their industry. Despite the outpouring of praise and gratitude so far, we’re only just beginning to appreciate them fully.

Unsung Heroes of the Pandemic: Creators of Our Digital Age

Unsung Heroes of the Pandemic: Scientists