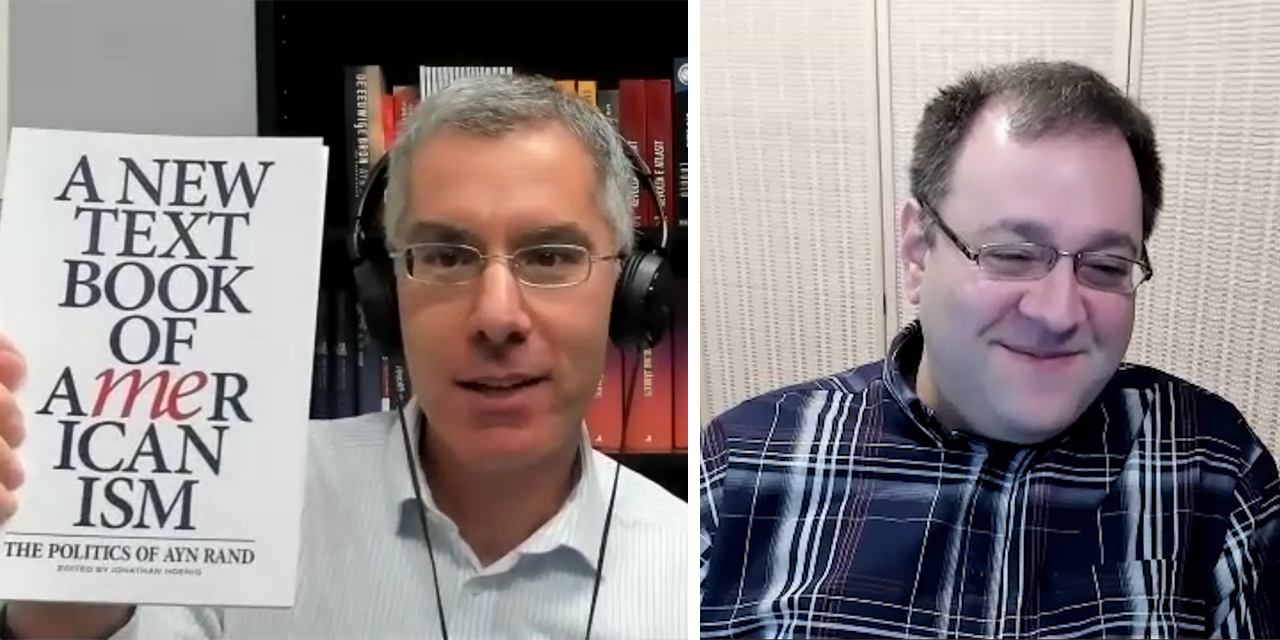 Voting, Freedom, and the Attack on Americanism

For decades the idea of Americanism has been under attack, and now it looks as if that attack has been largely successful.

That’s one startling takeaway from my interview with Greg Salmieri, a philosopher who’s one of the contributors to A New Textbook of Americanism: The Politics of Ayn Rand.

Our conversation began by exploring topics from his chapter, “On the Role of Voting in the American System of Government.” Greg writes that “[v]oting certainly is one essential feature of our political system, but it is not the essence of the American system, nor is it sufficient to make a government morally legitimate.” Voting, he explains, is an “indispensable means to decision-making among equals” within the framework of a political system predicated on the moral principle of individual rights. That’s just a flavor of Greg’s illuminating chapter, which we were delighted to reprint here recently on New Ideal.

What makes the interview a must-watch is not just the discussion of voting in a free society, but also Greg’s analysis of the attacks on Americanism — and how to counteract them.

Greg outlines the nature of those attacks, how they’ve undercut our “national self-esteem,” why Trump’s “America first” attitude is vacuous (and a symptom of the problem), and what’s necessary to understand and champion a rational conception of Americanism.

Greg’s comments powerfully underscore the timeliness and value of A New Textbook of Americanism, which offers Rand’s distinctive philosophic view of Americanism. For her, “Americanism” is rooted not in the tribe, the nation, the race, or any other collective, but in a universal ideal: individualism.

To celebrate the publication of A New Textbook of Americanism: The Politics of Ayn Rand, we’ve reprinted not only Greg’s chapter but also Onkar Ghate’s chapter, “On American Political Philosophy” and mine, “What Should a Distinctively American Foreign Policy Do?” Along with such contributions from Objectivist scholars and writers, the book features never-before-seen Ayn Rand commentary on politics and her little-known 1946 essay “Textbook of Americanism.”