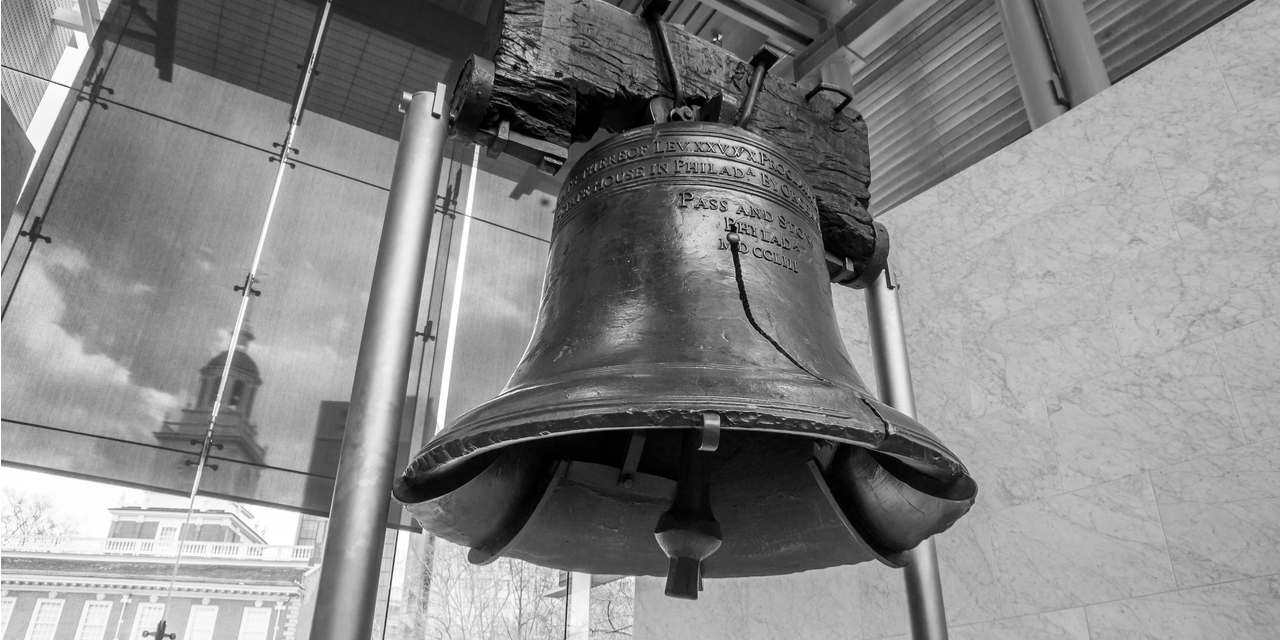 What Defenders of Liberty Need to Know

In recent years, there has been a resurgence of libertarian student organizations both in the US and around the world. Many of the students involved in those organizations are interested in Ayn Rand, and it’s for this audience that philosophers Onkar Ghate and Gregory Salmieri presented a seven-part lecture series called “What Is Liberty?”

“It’s exciting to see that there are so many students around the world interested in promoting liberty,” Salmieri says. “That’s a project that requires philosophy, and most of these students are still at the early stages in the process of thinking through what liberty is and what’s needed to defend it. We prepared these lectures as a summary for this audience of Rand’s political philosophy.”

Some of the questions addressed in the videos are:

“In this course,” Salmieri says, “we outline Rand’s view of what liberty is and what it takes to defend it. Onkar Ghate and I think Rand’s views on these issues are true, but our goal in the lectures isn’t really to convince students of that. Instead, we survey the range of issues one needs to think about in order to get clear on the subject.”

“People talk as though valuing freedom were automatic, or as if everyone wants it, but that’s just not true. People only want to be free to the extent that they value their own minds and their own lives.”
The relationship between Objectivism and the libertarian movement has been fraught since the libertarian movement coalesced in the late 1960s, Salmieri observes. “Early libertarian leaders all cited Rand as an influence, but most of them had embraced anarchism, a view that Rand considered to be deeply incompatible with capitalism — and, indeed, with the requirements of human life. She held the libertarian movement in contempt for this reason, and also because she regarded it as unphilosophical — as an attempt to pursue ‘liberty’ as a vaguely defined political goal without first doing the thinking needed to understand what liberty is or what it requires.”

In some ways, Salmieri notes, today’s liberty movement is a lot better than the movement Rand denounced in the early 1970s, but her central criticisms of the movement remain valid. “Anarchism may not be as dominant as it once was,” he explains, “but it exerts an outsized influence on how almost all self-professed libertarians think about freedom. And, if one looks at the full range of positions endorsed by all the people who claim to be united ‘for liberty,’ they’re too disparate for them to count as all fighting for the same thing. Some of them are fighting for something I can recognize as freedom, but others are fighting against it.”

READ ALSO:  Googling It Does Not Make You an Expert

This confusion presents a real problem for the future, Salmieri contends, because at one time or another all of the most oppressive social systems in history — socialism, fascism, anarchism — have been hailed as “pro-liberty” and championed by young people who thought they were on the side of freedom. “Think of the various ‘liberation armies’ that delivered country after country into Communism during the twentieth century,” he suggests. “People talk as though valuing freedom were automatic, or as if everyone wants it, but that’s just not true. People only want to be free to the extent that they value their own minds and their own lives. Not everyone values these things, and certainly not every philosophy endorses these values. This is one of the themes that Onkar Ghate really drives home in his talks. Valuing freedom has specific presuppositions.”

All seven sessions, filmed at the 2017 Ayn Rand Student Conference, are available on this YouTube playlist in the order presented. For more details about particular sessions, read on.

The first two sessions cover the topic “Politics, Liberty and Objectivism.” In the first session, Salmieri offers a variety of helpful diagrams to illustrate different ways of visually conceptualizing the political spectrum. Ghate, in the second session, discusses the nature of political philosophy, outlining some its main questions and their relations to other issues in philosophy.

In the third talk, Salmieri explains how Ayn Rand’s political philosophy is grounded in the “distinctively human form of life.” At the base of Rand’s politics, he says, “is her conception of human life as a self-sustaining activity of thinking and producing, which each individual human being must initiate and perform.”

The fourth session is called “Individual Rights: The Bridge Between Morality and Politics.” Ghate shows why Rand’s and the Enlightenment’s view of human life leads to the conclusion that the initiation of physical force is a special sort of evil that needs to be extracted from society, and he sketches the role of individual rights in accomplishing this. Ghate says of this session: “The principle of individual rights forms a bridge between Rand’s moral theory and her political philosophy. If this principle is implemented as the basic principle of social organization, it enables us to subordinate might to right and to interact exclusively in voluntary relationships.”

The question of whether and for what we need government is addressed squarely in the fifth video, “Government: Who Needs It.” Says Salmieri: “One of the myths I think it’s important to dispel is that anarchism and totalitarianism are somehow opposites and that other political systems fall between them. In reality, anarchism and totalitarianism are essentially the same — they’re both rule by gangs by means of brute force. The alternative to both is the rule of law — objective law. That requires a government, but a government of a certain type. The further one strays from that proper form of government, the more anarchic one’s social system becomes.” This session explores why Rand thought government necessary to protect individual rights, and why this is government’s only function.

In the sixth video, “Government: Who Needs It (Part 2),” Ghate delves more deeply into the thinking that’s necessary when applying Rand’s principles to evaluate whether particular political thinkers, movements, and events are actually pro-liberty or anti-liberty.

In the final session, Ghate and Salmieri answer questions from the student audience.

For those interested in a deeper dive into these issues, Ghate and Salmieri have recorded a webinar called “Ayn Rand’s Political Philosophy” in which they explore some of Rand’s key articles on political philosophy.