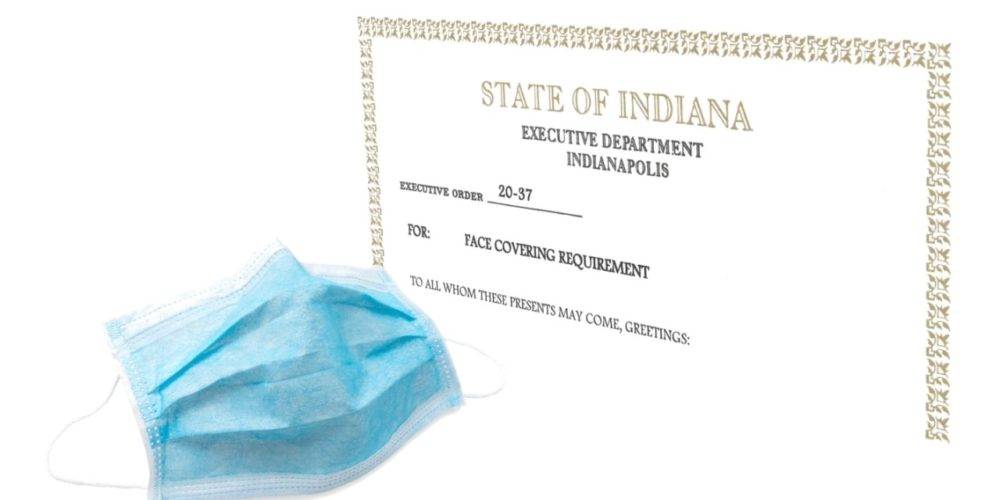 Government’s job is to isolate the infected, not to presume everyone is infected and force them to wear masks.

In his campaign for president, Joe Biden called for a national mask mandate to combat the spread of the coronavirus.1 Since then Biden has walked back his call, recognizing that the president has no real constitutional power to implement a nationwide health order; he can only require masks on federal property.2 Biden now says he will only work to persuade governors to implement statewide mask mandates, and if they don’t agree, he’ll reach out to mayors. But Democratic senators are now pushing for legislation that would use federal aid to incentivize states to issue mandates.3

Whatever Biden intends and whatever the senators succeed in doing, their proposals are generating a broader debate about mask mandates. Is imposing these mandates by force of law (whether federal or state) justifiable at all?

Note that one can challenge the justifiability of mask mandates without questioning the wisdom of voluntary use of masks or of private citizens’ requiring their use on private property. Though I think the evidence is still inconclusive, it does suggest that masks provide a meaningful degree of protection to both the wearer and others. This is why I went on record some time ago calling for anyone who cares about their own health and that of others to wear masks in appropriate circumstances.

One can challenge the justifiability of mask mandates without questioning the wisdom of voluntary use of masks or of private citizens’ requiring their use on private property.
But even if you could force everyone to wear a mask and thereby halt the spread of the virus, that wouldn’t make it just to punish anyone who doesn’t wear one. That’s what mask mandates do.

Let’s be clear: someone who knowingly spreads a deadly disease to another is guilty of recklessly endangering the other’s rights. That’s why government properly quarantines people known to have dangerous infectious diseases.

But keep in mind: most people don’t have the virus and because of the inexcusable paucity of testing, we often don’t know who does. This too-common absence of evidence of infection is significant because it’s a bedrock principle of a free society that the law should presume a citizen is innocent until proven guilty. Imposing laws that force everyone to wear a mask (and punishing those who don’t) when neither they nor we know they’re infected is nothing other than the unjust presumption of guilt.

A further consequence of this injustice is that the government undercuts its own authority, authority it otherwise desperately needs to conduct its legitimate functions. Whenever a law makes criminals or scofflaws out of large numbers of otherwise peaceful people, it becomes practically unenforceable. Already thinly stretched law enforcers have to rely on personal discretion, which means that those who are sanctioned for violations are too often targeted for arbitrary reasons. We’ve already seen how intrusive but uneven enforcement of drug and immigration laws breeds resentment. In today’s atmosphere, why would the government want to create even more such grievances?

There is a similar effect when laws carve out arbitrary exemptions in their very formulation. The California mask mandate contains a litany of exceptions, including for many who are still in a position to spread the virus, like “persons with a medical condition . . . that could obstruct breathing” (wouldn’t this include active Covid patients?).4 Such laws become pointless, and do little to achieve the intended results of the law. And what is the effect on respect for the law when governments churn out mandates that aren’t really mandates?

If citizens can be persuaded to support laws mandating masks, they can be persuaded to wear them voluntarily or to require their use on private property.
There is some evidence that in the states where mask mandates have been passed, coronavirus cases have been better controlled.5 But as boosters of the studies admit, these studies only prove correlation, not causation. And there are reasons to think the causation runs in a different direction: because wearing masks has unfortunately become a kind of political statement, states with people who are politically more disposed to wear masks voluntarily anyway are also more likely to have politicians who support laws mandating them.
READ ALSO:  The Guidance We Need to Follow the Coronavirus Science

If citizens can be persuaded to support laws mandating masks, they can be persuaded to wear them voluntarily or to require their use on private property. And those who need to be persuaded are more likely to be open to persuasion if the focus becomes the evidence for the effectiveness of masks. People need to learn why scientists originally sent mixed messages, what evidence led them to change their mind, and why that evidence is persuasive. People are intelligent and can learn. Threatening them with punishment treats them as unintelligent and only generates resentment.

Focusing any legal efforts on the subject of masks not only violates people’s rights, but it also distracts energy from the real efforts governments need to take to protect the rights of the uninfected: the efforts needed to test and trace to determine who needs to be isolated.

It’s not government’s job to end the pandemic. That’s the job of scientists, doctors, and those of us who want to be healthy. It’s government’s job to protect each of us from known threats; it’s not to pretend we’re all threats, muzzle us, and lock us down like animals or criminals.

A version of this article previously appeared at The Hill.