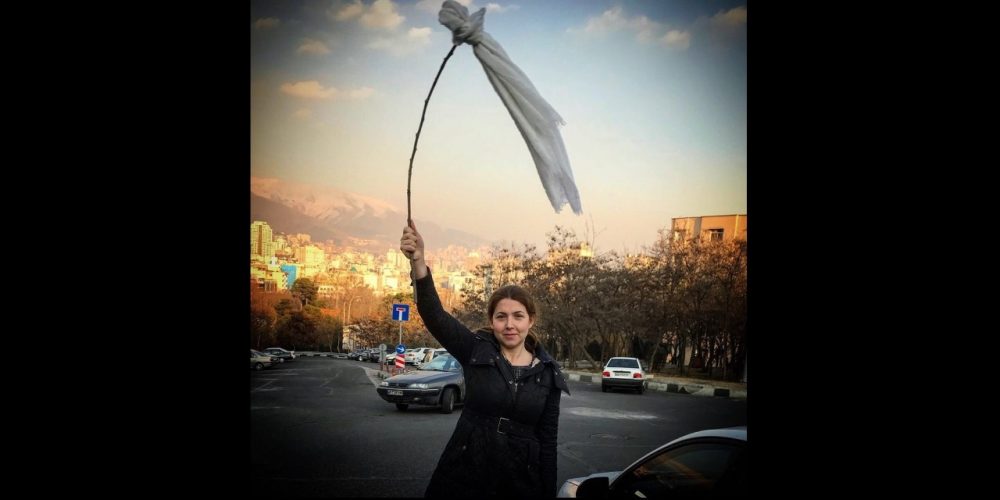 Imagine being torn away from your husband and son, brutally arrested, and tossed into solitary confinement. Imagine being prevented from calling your family or even speaking to your lawyer. Imagine having to go on a hunger strike to get attention.

This was the actual experience of one Iranian woman, Shaparak Shajarizadeh. Her “crime”? Protesting the Iranian theocracy’s law mandating that women wear a headscarf in public.

With the help of noted human-rights lawyer Nasrin Sotoudeh, Shaparak was released on bail. Facing mounting persecution for her activism and the likelihood of a significant prison term, Shaparak decided to flee the country. She eventually found asylum in Canada.

For the New Ideal podcast, I recently interviewed Shaparak about her struggle in Iran and the plight of her fellow activists, which she describes in a recent book (currently only available in French, La liberté n’est pas un crime, or Freedom Is Not a Crime). We start with the reality of life under Iran’s theocratic regime, from the vantage of one of its victims. Ordinary Iranians “live under the shadow of fear,” she noted. Women in particular are second-class citizens who “face violence every day” and “never feel safe” in public, amid the patrols of the “morality police,” who enforce the compulsory hijab.

Having turned away from Islam, Shaparak went on to join protest movements, notably “#WhiteWednesdays,” and challenged the religious oppression of women. In one statement, she defied the authorities: “Don’t drag me to your heaven! I know what to do with my life!” As peaceful protests grew, the regime sought to crush such opposition.

Probably the most poignant, and dismaying, topic we discussed is the apathy of Western countries to the fate of Iranians seeking a modicum of freedom. One example she brought up was the 2015 agreement that the Obama administration signed with Iran over its nuclear program. Some people had hoped that U.S. diplomats would pressure the regime about its abysmal record on rights. But Obama’s landmark deal was silent about the Iranian regime’s systematic violation of individual rights. It left activists like Shaparak out in the cold.

You don’t know how much Iranian people look to the outside world for support, she told me. But the world, she said, is silent.

Or worse: Without intentional irony, the United Nations recently added Iran to a commission on women’s rights. “They come, they lie, and they go,” she said of Iranian diplomats at the UN — and the world lets them get away with it.

Determined to help change that, she has spoken out about the UN and worked to bring awareness to the struggles of Iranian activists — especially her lawyer, Nasrin Sotoudeh. For defending Shaparak and many other political activists, Sotoudeh has been sentenced to 38 years in jail, and 148 lashes.

For me the conversation — which you can watch or listen to below — holds a lesson for America about the absence of, and urgent need for, a principled foreign policy. Such a policy should uphold the ideal of freedom as a standard to live up to, regard its absence in other regimes as a moral failing, and lend moral support to individuals genuinely seeking freedom, in Iran and elsewhere.