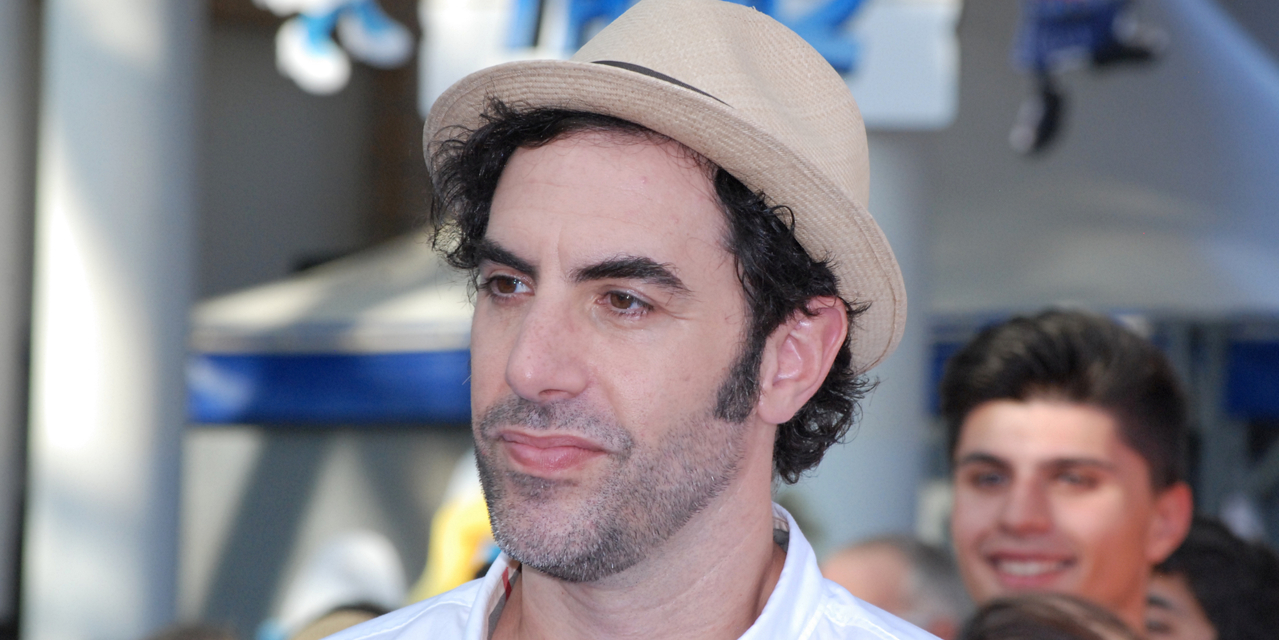 What Sacha Baron Cohen’s Clip Reveals About the U.S., Israel

For his new Showtime series, Sacha Baron Cohen, the satirist who created and starred in the film Borat, has carried out a prank laden with political significance. While the prank’s main focus is a commentary on gun control, it can also be taken as a critique of a reflexive, unthinking attitude of Americans toward Israel.

So contends Alan Elsner in the Washington Post, who calls instead for a critical, balanced, thoughtful policy toward Israel. That seemingly reasonable path, however, rests on its own kind of reflexive, unthinking mindset.

The prank begins with Cohen in the guise of an Israeli anti-terrorism expert. He heads to Washington, D.C., seeking lobbyists and congressmen to support a patently absurd — and fictitious — program. The pitch: the “Kinderguardians” program, developed in Israel, would put handguns, automatic rifles, and even rocket-propelled grenades in the hands of children as young as three, so they can kill bad guys. What’s breathtaking is that he managed to get two current and two former Republican congressmen to back the program on camera.

“How Cohen did it,” Elsner writes, “says a lot about the reflexive support for Israel that many Americans — particularly many Republicans — now espouse, to the point that they’re willing to switch off their critical faculties when Israel is mentioned.”

Elsner suggests that for one of the duped politicians, Joe Walsh, “the fact that a random Israeli endorsed an idea made it acceptable and praiseworthy — even if a part of him might have been thinking that the idea of giving 3-year-olds guns was a little too out there.” For Elsner, such unthinking pro-Israel sentiment translates into irrational, destructive U.S. foreign policy.

It’s true that America’s approach to Israel is problematic, but the prescription Elsner counsels, itself relies on delusion.
What’s needed instead is an approach that doesn’t “include disabling our critical and intellectual faculties.” Central to that approach is encouraging “Israel to reach an agreement with the Palestinians based on a two-state solution.”

It’s true that America’s approach to Israel is problematic, but the prescription Elsner counsels, itself relies on delusion.

Are there Americans who support Israel unthinkingly? Yes, some — notably many Evangelicals. Their faith-based endorsement is unquestioning. But even granting the influence of such a mindset on U.S. policy, this cannot explain the deplorable mess that is U.S. policy toward Israel.

In my latest book, What Justice Demands: America and the Israeli-Palestinian Conflict, I show that the problem is not that U.S. policy has been uncritically pro-Israel, but that it has been unjust. We have been unwilling to judge each side by what their actions reveal them to be, and to then act accordingly.

What Elsner proposes by way of a solution is a case in point. It’s the lethal fantasy known as the “two-state solution.” In that model, Israelis retain their state, the Palestinians gain statehood, and, in theory, the two polities co-exist in peace. This has been the mainstream approach for the last 25-plus years, with umpteen tweaks and revisions. It has failed.

It has failed because it ignores the moral standing of the adversaries. Even with all of its flaws, Israel is the region’s only free society. But the Palestinian movement was led by the would-be dictators of the Palestinian Liberation Organization, until the PLO was eclipsed by Hamas. Both share the aim of liquidating Israel.

We urgently need to rethink American policy toward Israel, from the ground up.
And our foreign policy has so often sold out Israel to these tyrants. For instance, the George W. Bush administration, widely seen as Israel’s staunchest friend, insisted — despite Israeli government objections — on allowing the Islamist group Hamas to run in the 2006 Palestinian elections. Foreseeably, the Islamists won. Next they took control of Gaza, launching thousands of rockets and mortars at Israel.
READ ALSO:  Saudi Arabia and UN: Partners in Crime against Women

To the extent that the “two-state solution” was pursued, it led first to the creation of yet another Mideast dictatorship, a quasi-state known as the Palestinian Authority. That in turn opened the door to Hamas’s quasi theocracy in Gaza. And it has wrought devastation on the lives of Israelis, who have faced repeated attacks, and on those Palestinians who genuinely prize freedom but are now subjected to the dictatorial rule of the PA and Hamas.

We urgently need to rethink American policy toward Israel, from the ground up. But let’s not fool ourselves: there’s nothing thoughtful — or moral — about hidebound conformity to a failed policy.

A version of this article originally appeared at TheFederalist.com.