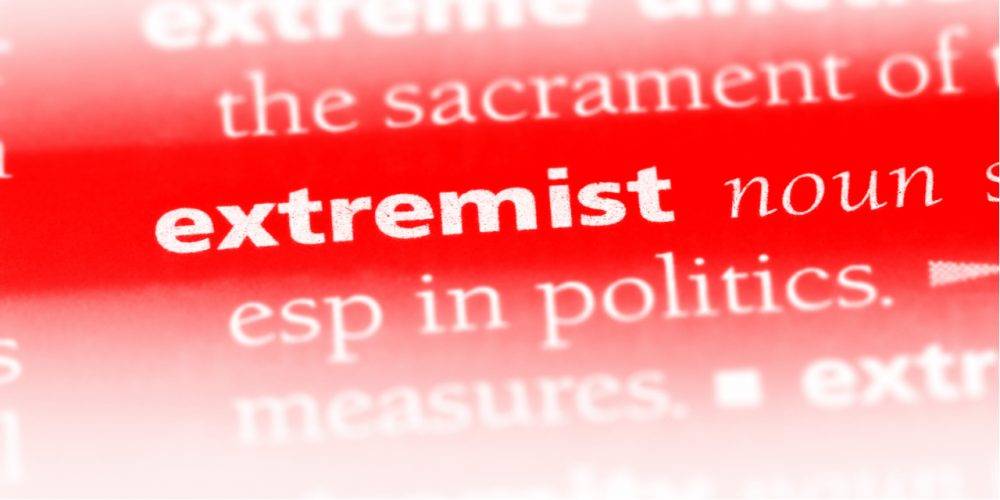 What is “extremism”? Seems obvious, many people would say: just look at the actions of a white supremacist who shoots up a mosque or synagogue. Or a jihadist’s suicide attack. There are many other vicious acts that we commonly label as “extremism,” which one dictionary defines as “the holding of extreme political or religious views.”

But this term is nowhere near as clear as it seems.

Consider other views that are “extreme” (outermost, farthest from the center, calling for drastic steps). For example, when Jefferson wrote the Declaration of Independence, it was an “extreme” political view to be against monarchy and for individual liberty. At the time of slavery, it was an “extreme” view to be an uncompromising advocate for abolition. And, whereas racism and Islamic totalitarianism are vicious, clearly it is morally right to be for liberty and abolition. But all of these examples — given how the term is commonly used — could be labeled “extremism.”

The term “extremism,” Ayn Rand argues, was an instance of a broader problem: it was not only a needless concept, but also one purposely concocted to distort our thinking. In her analysis of that controversial term — and others such as “McCarthyism” and “isolationism” — Rand illustrates the real-world, society-shaping impact of a field many assume is impractical: philosophy. And her analysis points us toward lessons on how to become better thinkers.

“No mind,” Rand observes, “is better than the precision of its concepts,” and there are widely applicable lessons in her essay on how we can become better thinkers.
In her seminal essay “‘Extremism,’ or, The Art of Smearing,” Rand begins by looking at a now-little-known incident at the 1964 Republican National Convention, when the term “extremism” became a salient issue. But her analysis widens to a profound issue in philosophy: the crucial importance of scrutinizing the validity of concepts and how we use them. “Extremism,” Rand argued, was an example of a broader fallacy in thinking.

Instead of assuming that the term is well-defined and helpful simply because it’s widely used, Rand asks: What facts in the world are supposed to give rise to this concept? What, if anything, do they have essentially in common?

READ ALSO:  The Virulent Pull of Tribalism
From this fact-first starting point, Rand draws on her philosophic theory of knowledge to show that the term “extremism” as it arose at the Republican National Convention was a malformed concept. It was an instance of what she called the fallacy of “package-dealing,” which involves grouping together under one term a set of “disparate, incongruous, contradictory elements taken out of any logical conceptual order or context.”

“No mind,” Rand observes, “is better than the precision of its concepts,” and there are widely applicable lessons in her essay on how we can become better thinkers.

While many people notice that various concepts and terms swirling about today may be fuzzy or questionable, few people make it a standing policy to question them. One lesson, then, is to make it a policy to be critical about the concepts we adopt and be alert to the fallacy of “package-dealing” in our thinking. This is a theme that Rand raises not only in the essay on “extremism,” but also in other essays, notably “Philosophy: Who Needs It” and “Philosophical Detection” (in Philosophy: Who Needs It).

Rand’s identification of the fallacy of “package-dealing,” and her illustration of it in the case of “extremism,” offers a powerful model for improving one’s own thinking. Read the whole thing here.