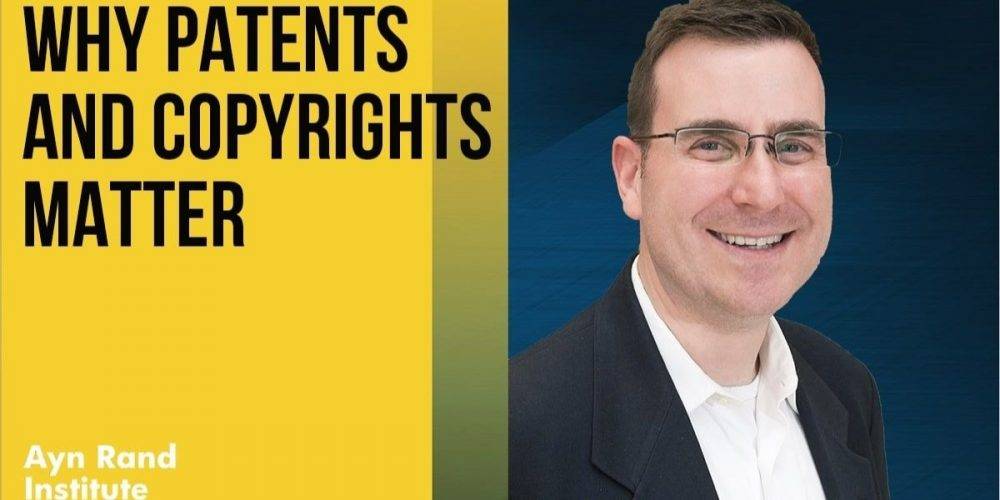 Why Patents and Copyrights Matter

Elan Journo talks with law professor Adam Mossoff about patents and copyrights, common objections to them, and the moral case for protecting intellectual property.

Would you walk into a store, grab a bottle of wine, and walk out without paying for it? No, that would be stealing. It’s morally wrong, and few would even consider doing it. But many people routinely download or stream pirated content — movies, TV shows — without giving it a second thought. They do not think of these two cases, stealing a bottle of wine and violating a movie copyright, as equivalent morally.

This attitude is compounded by a growing hostility to copyrights and patents. For years some intellectuals and politicians have been calling for drastically scaling back the protections for these forms of intellectual property. And they’ve made inroads. The U.S. patent system once led “the world in securing stable and effective property rights in cutting-edge innovation,” innovation that has supercharged our standard of living in myriad ways. That system was widely seen as the “gold standard.” But no longer.

Why do patents and copyrights matter? What do they protect? What to make of the objections against them? For instance: that no one is really hurt by violations of copyrights or patents; or that these rights are obstacles to progress and innovation; or that they’re an unfair, government-granted privilege or favor?

It was refreshing to hear a justification for intellectual property rights grounded on a moral case about an individual’s right to the product of his mind.

To explore these issues, I talked to Professor Adam Mossoff, who teaches law at George Mason University. Mossoff is an expert on intellectual property law and policy, who has published extensively in academic journals and popular outlets, including the Wall Street Journal, New York Times, and Politico, among many others. He has testified several times before the Senate and the House of Representatives.

Mossoff is also a contributor to two recent books of essays on Ayn Rand’s philosophy: A Companion to Ayn Rand and Foundations of a Free Society: Reflections on Ayn Rand’s Political Philosophy. Rand was a principled advocate for individual rights, emphatically including rights to intellectual property, and one thread of my conversation with Mossoff relates to his interest in Rand’s ideas and their impact on his thinking.

READ ALSO:  The False Promise of Stoicism
Two points resonated strongly with me after the interview. First, I was alarmed to learn that protections for patents in the U.S. have diminished so much that some companies, particularly in biotech, have opted to shut down operations: why spend years and invest billions of dollars in R&D if a breakthrough innovation cannot be secured under patents? Second, it was refreshing to hear a justification for intellectual property rights grounded not on economic arguments, but on a moral case about an individual’s right to the product of his mind.