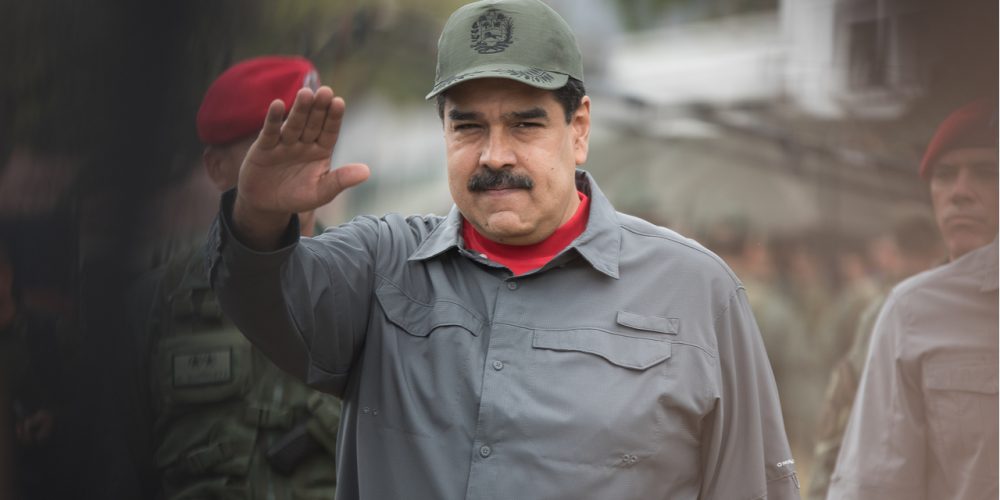 Why the U.S. Shouldn’t Buy Oil from Venezuela

By turning to Venezuela for a potential oil deal, Biden has laid bare his unprincipled foreign policy.

When President Biden announced in early March that the U.S. would halt Russian oil imports, it was a welcome gesture for those of us who want the administration to take a moral stance against Vladimir Putin’s aggressive authoritarianism. The White House said it was meant to “deprive President Putin of the economic resources” to continue his war on Ukraine, which Biden has repeatedly condemned.

But, immediately after banning Russian energy imports, the Biden administration turned to another autocratic regime for oil: Venezuela.

What this reveals about the Biden administration is damning.

The outreach to Venezuela demonstrates that the administration’s seeming moral stance against Russia is in fact unprincipled. We lack a coherent foreign policy concerned with America’s long-term interests. Such a foreign policy would, at minimum, recognize the moral difference between free societies and dictatorships — and condemn, shun, ostracize the latter, not prop them up.

Nicolás Maduro’s regime in Venezuela is remarkably similar to Putin’s dictatorship in Russia. The Biden administration knows this all too well: Venezuela is currently under U.S. sanctions because of its brutal violations of human rights, and an oil deal would require lifting those sanctions. Furthermore, the U.S. doesn’t even recognize Maduro as the country’s legitimate president. But Biden has decided to overlook those facts.

Maduro’s regime is a full-on dictatorship. Venezuela is a de facto one-party state, as the democratic process has been crushed by corruption, intimidation, bans on candidates, and an ongoing presidential crisis — in many respects, not unlike Putin’s Russia.

Maduro’s regime is notorious for unlawful and arbitrary arrests and killings of political opponents. The United Nations, despite usually providing cover for murderous regimes, produced a credible report showing that Venezuela carried out almost seven thousand extrajudicial executions of political dissenters between 2018 and 2019 — again, not unlike Putin.

Because of Maduro’s deliberately exploitative policies and repression, Venezuelans are starving. Infant mortality rates have substantially increased in the last fifteen years, despite a worldwide downward trend. That’s a result of a collapsed healthcare system, and the inability of parents to feed their children, due to abject poverty and hyperinflation.

Moreover, Maduro, channeling his inner Putin, has threatened a neighboring country with invasion. Some analysts believe nearby Guyana may become the highest per-capita oil producer by 2035. Maduro has vowed to “reconquer” a resource-rich area of Guyana, in a military conflict that has been brewing for years and which the current energy crisis may exacerbate.

Unsurprisingly, Maduro is a fierce, unapologetic supporter of Putin: Venezuela and Russia have been allies for several years. Russia has aided Venezuela with billions of dollars in military support and other types of aid. And shortly after Russia’s invasion on Ukraine began, Maduro gave his “strong support” to Putin. They both also share a hatred of the West and of America in particular.

Why, then, does Biden’s administration seem willing to turn a blind eye to Maduro’s brutality and seek an oil deal with a regime that may start a Russian-backed war against a sovereign country?

If Biden thinks it’s wrong to buy Russian oil and support Putin’s oppressive regime that crushes its own people and is devastating Ukraine, he cannot honestly think it’s moral to condone Maduro’s regime, lift existing U.S. sanctions and prop it up with oil trade. An oil deal with Venezuela would mean bolstering Maduro’s dictatorial and self-proclaimed anti-American regime, providing it with millions of dollars.

Imagine America becoming even partially reliant on Venezuelan oil as it did with Russian oil. What would happen if a war broke out between Venezuela and Guyana, and/or if Venezuela becomes a threat to the U.S., backed by Russia? It’s hard to imagine a more shortsighted approach.

And what message does this Venezuela outreach broadcast to other authoritarian and dictatorial leaders around the world?

Biden’s outreach to Venezuela is the opposite of the principled, long-range thinking needed for a proper U.S. foreign policy. Seeking to do businesses with a thug like Maduro, who openly hates the U.S. and is a close partner of Russia, is immoral and thus dangerous. We know all too well how destructive it is to empower autocrats and dictators; the situation with Russia is one more reminder of that.