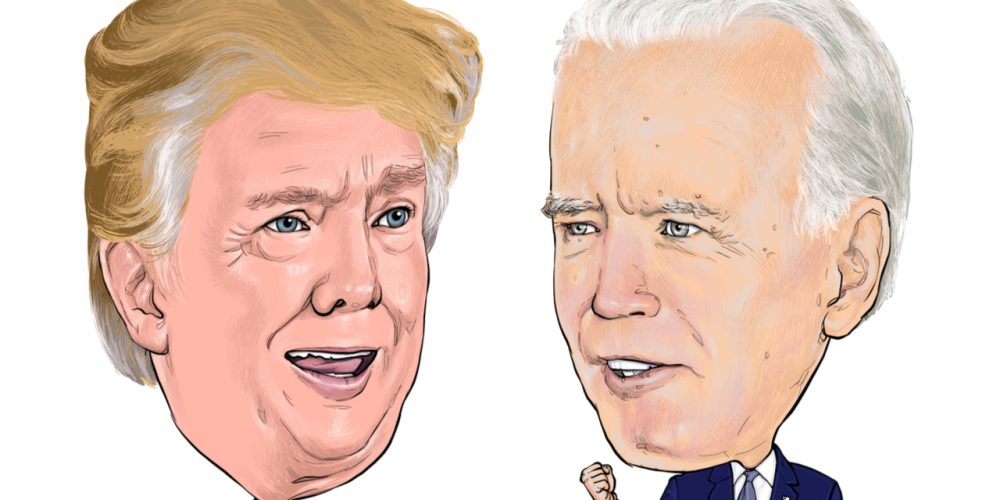 Neither Trump nor Biden stands for freedom and individual rights.

In the runup to the 2020 election, many Americans regarded Donald Trump as a freedom fighter defending American values. For others, Joe Biden seemed like America’s only hope for becoming a country that upholds equality and justice.

Interestingly, this issue was divisive for Latin Americans as well. Having lived under socialism all their lives, many saw a strong anti-socialism streak in Trump that led them to think he’s a freedom-lover who would crush socialism and serve as an example for leaders in their own regions. Others saw Trump for the authoritarian he is — but mistakenly thought that Biden could make America once again a beacon of freedom for the world.

But the truth is that neither Trump nor Biden stood for liberty in the 2020 election. In fact, they’ve shown themselves to be enemies of freedom and essential American values, explained Yaron Brook, chairman of ARI’s board of directors, during a talk last December for the Ayn Rand Center Latin America.

Because rival political parties around the world are saturated with collectivism and authoritarianism, Brook explained, freedom-lovers should not expect voting to cause meaningful progress in politics anytime soon. Instead, they should focus on educating people about the two basic principles necessary to support a pro-freedom movement: reason and individualism. People will never vote to increase freedom, he argued, unless they regard themselves as worthy of choosing rational values and pursuing individual happiness. So long as voters reject reason in favor of revelation or determinism and embrace a social duty of sacrifice, they will naturally gravitate toward authoritarians who will tell them what to do and whom to serve.

So what does liberty need in order to flourish in America (and everywhere else)? Brook explained that a free society is one in which individuals are free to use their own judgment, and that force is used only to preserve individual rights — something that America’s increasingly big government fails to do. Brook added that there’s nobody on the political spectrum today who proposes to shrink government and leave individuals free to pursue their values. Nowadays, the political battle is over different kinds of collectivism, and there’s no real individualistic, pro-freedom alternative presented. The solution, Brook said, is to embrace a philosophy of freedom that rejects the collectivism of both the right and the left.

Brook’s message is one that everyone who cares about the future of freedom needs to hear — and Latin Americans in particular will benefit if it keeps them from falling for a Biden or Trump authoritarian lookalike in the future.

To learn more about what freedom really means, what we can do to achieve it and what the role of philosophy in this is, watch Brook’s talk, below (recorded before the storming of the U.S. Capitol on January 6, 2021). Note: the introduction is in Spanish, but Brook’s talk is in English.