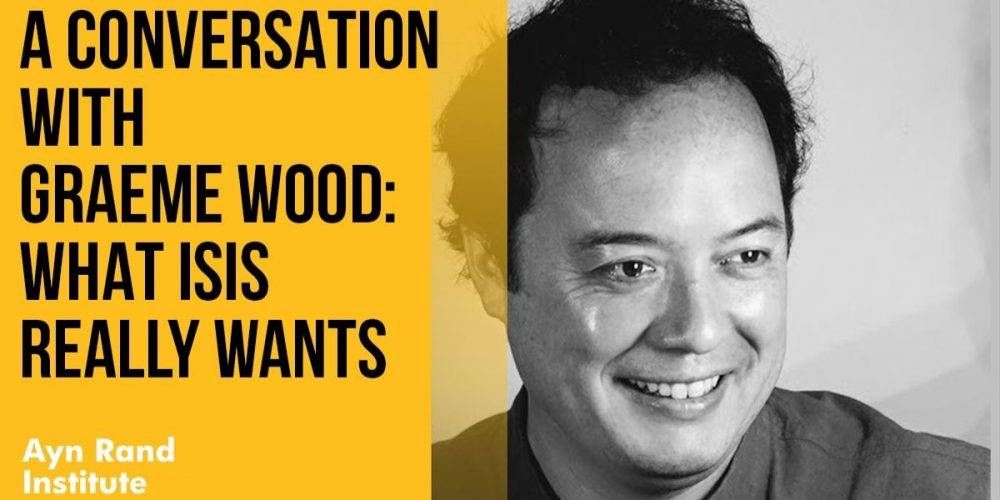 A Conversation with Graeme Wood: What ISIS Really Wants

The Islamic State, or ISIS, was a grotesque enigma when it burst on the scene in 2014. After conquering vast tracts of Iraq and Syria, ISIS became notorious for beheadings and crucifixions, and for reinstating the practice of slavery. But to what end? What did ISIS really want? It soon became clear that our political and military leaders lacked anything like real understanding of the ISIS phenomenon.

Graeme Wood, a staff writer at The Atlantic, set out to answer a few simple, yet crucial questions: What is the Islamic State? Where did it come from, and what are its intentions? The resulting article, “What ISIS Really Wants,” went viral. By one reckoning, it received more than a million pageviews the day it went online. It became one of the most-read digital articles of 2015, garnering nearly 100 million minutes of reading time.

Wood’s article was remarkable for debunking a common perception of ISIS as essentially a collection of psychopaths who had hijacked Islam for their own decidedly secular ends. His research led to a different conclusion: ISIS is in fact deeply Islamic. Its ends and means are bound up in sincerely held religious belief.

READ ALSO:  Inside the Caliphate: Understanding ISIS
Building on that article, Wood wrote The Way of the Strangers: Encounters with the Islamic State, and recently I caught up with him to discuss his writings on jihadists. We explored the findings of his research, some of the opposing views, or counter-arguments, regarding what’s essential to the Islamic State, and the unwillingness of some scholars to take seriously the religious character of ISIS. Among other topics, we touched on the issue of “Islamophobia” and how it impedes discussion of jihadist ideas (an issue that came up in the attempt to shut down a panel discussion on Islamism that Wood and I took part in at University of Rochester).

A key takeaway from this conversation is that our intellectual and political leaders vastly underappreciate, if not ignore, the role of ideas in animating the jihadist phenomenon.