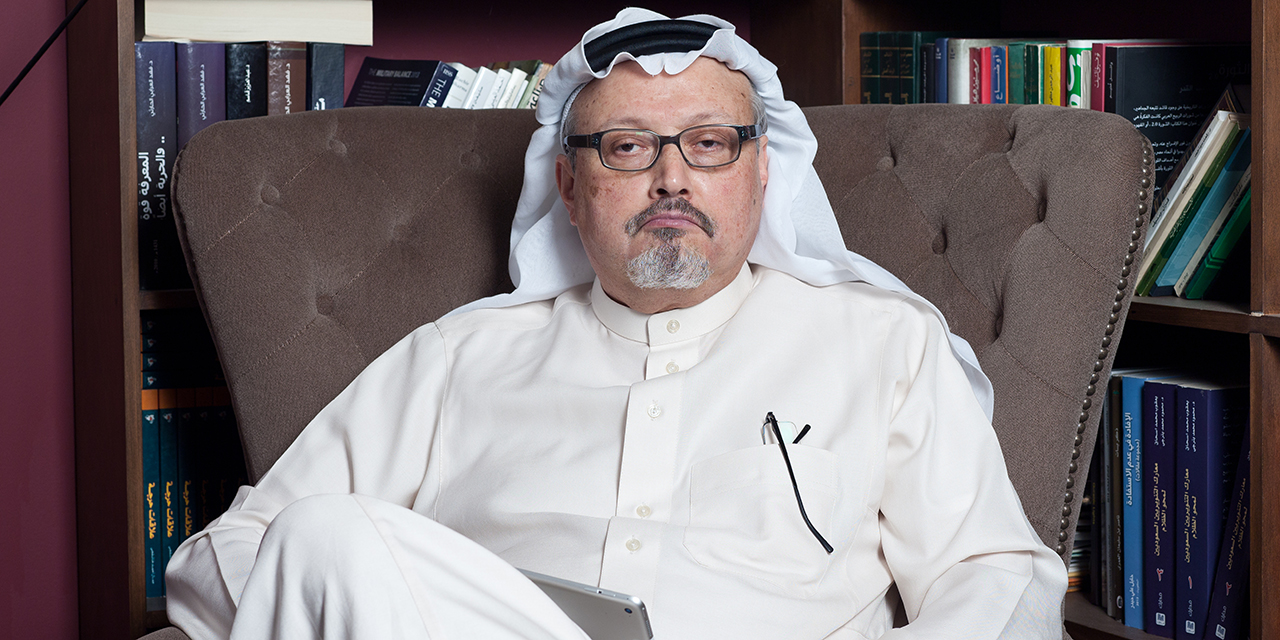 The apparent murder of Jamal Khashoggi at the hands of a Saudi hit squad could bring about a tipping point. The scandal has laid bare the true nature of Saudi Arabia. It’s long past time we recognized it.

The backlash has already led some to reconsider their view of the regime. We should applaud the business leaders — notably Steve Case, the tech investor; Richard Branson, founder of Virgin Group; and Dara Khosrowshahi, CEO of Uber — who have so far pulled out of a major Saudi investment conference. The Metropolitan Museum of Art and the Brooklyn Museum announced they won’t use Saudi funds. And one of the largest think tanks in D.C., Brookings, promised to cut ties with Saudi Arabia.

But the Trump administration’s initial response was to whitewash the Saudi regime, continuing the decades-long pattern of U.S. policy.  Not only did Trump cast doubt about the allegations of Saudi involvement in the assassination and suggest the Saudis were presumed “guilty until proven innocent,” he also echoed a talking point that the Saudis contrived to save face: the fanciful idea that the murder was the work of a team of “rogue” operatives. Even after finally accepting intelligence reports that Khashoggi is likely dead, Trump insisted that “[Saudi Arabia has] been a very good ally and they’ve bought massive amounts of various things and investments in this country, which I appreciate.” Clearly, Trump fears the collapse of a $100 billion deal to sell arms to Saudi Arabia.

This spotlights the amoralism — the abandonment of moral judgment — at the core of the U.S. approach to Saudi Arabia. Trump is no pioneer in viewing it as “very good ally.” Indeed, as I’ve argued in New Ideal, U.S. policy has long evaded Saudi Arabia’s actual nature. It’s a morally corrupt regime hostile to our Enlightenment ideals of reason, individualism, freedom.

Despite its modern trappings, at its core the Saudi regime is cruel, barbaric, medieval. And yes, that remains true even though the crown prince Mohammad bin Salman, who apparently dispatched the hit squad on Khashoggi, has enacted some changes in Saudi society. Among these: Women are now allowed to attend soccer games. The Saudi regime has permitted movie theaters to open their doors again (subject to government censors). And, finally, in the waning years of the second decade of the twenty-first century, Saudi women are allowed to drive cars.

Washington’s longstanding embracing of Saudi Arabia is irrational. It betrays our ideal of freedom and sells out the victims — the Saudis who truly prize freedom and fight for it — while enabling the vicious regime that subjugates them.
It’s important, albeit shocking, to recognize that these developments are indeed advances. And we should welcome these changes, because they lessen — if only ever so slightly — the Saudi regime’s oppression of its people. But the fact that these are advances is profoundly revealing of the Saudi regime’s profoundly oppressive nature.

Saudi Arabia is an absolute monarchy that depends for its legitimacy on the blessing of Islamist clerics. The regime stands out for its comprehensive imposition of Islamic law, or sharia. What you think, say, and do must reflect obedience to religious authority — not your own rational judgment. You can see that in two salient features of Saudi society: the denial of intellectual freedom and the subjugation of women.

READ ALSO:  What Should a Distinctively American Foreign Policy Do?

Censorship is pervasive: there are thoughts and ideas and beliefs you are forbidden to hold, forbidden to live by. Jamal Khashoggi’s career path illustrates the point. He was both a journalist and an advisor to leading members of the royal family, but even when he was a consummate insider, he had no freedom of speech. Khashoggi decided to live in self-imposed exile in the West, and in his last column for the Washington Post, he lamented the absence of intellectual freedom in the Arab world generally and Saudi Arabia in particular.

Or consider the fate of Raif Badawi, a Saudi blogger, who dared to ask for substantive reforms. Chief among them were free speech and a separation between religion and state. Badawi narrowly escaped the death penalty: instead he was sentenced to 1,000 lashes, $250,000 fine, and 10 years in prison, where he languishes today.

Saudi women are subjugated in a system of “gender apartheid.” Under the so-called guardianship laws, women may not leave home without a male chaperone, known as a guardian. The guardian is usually a male relative — a husband, father, brother, even a son. In public, women are required by law to wear religious headcovering; they’re also generally expected to wear sack-like black gowns that obscure their figures. Saudi women are dehumanized.

The wider scandal — predating the assassination of Khashoggi — is that American political leaders evade the nature of the Saudi regime and whitewash it. The currently favored argument for embracing this morally corrupt regime as an ally falls apart under scrutiny. It’s the Trump rationale that we need Saudi Arabia to push back on Iran’s growing influence in the region. For their own reasons, the Saudis revile the Islamist regime in Iran, but a major point of disagreement is sectarian (the Sunnis in Saudi Arabia view Iranian Shiites as heretics). Saudi Arabia actively disseminates its own brand of Islamic totalitarian doctrine; nor is it credible that we actually need their help.

The truth is that Washington’s longstanding embracing of Saudi Arabia is irrational. It betrays our ideal of freedom. It sells out the victims, the Saudis who truly prize freedom and fight for it, while enabling the vicious regime that subjugates them.

The Khashoggi murder is one more tragic illustration of Saudi Arabia’s nature. Perhaps finally the American whitewashing of Saudi Arabia will come to an end.

This article originally appeared at Medium.com.