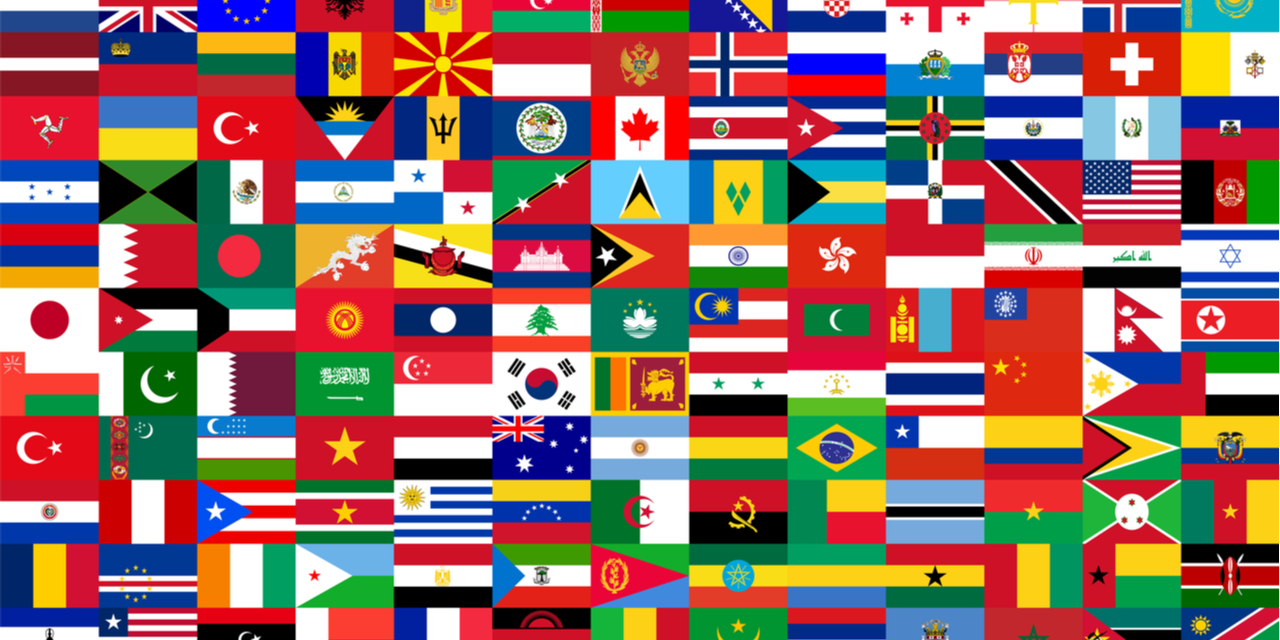 Occasionally we write about what we’re currently reading, watching or listening to — not at the level of a full review, but simply to point out arguments, perspectives and issues worth considering. This is one of those articles.

The range of Ayn Rand’s commentary on cultural-political issues was sweeping. You can see that, for example, in some of the topics she explored in her public lectures at the Ford Hall Forum: from the philosophic meaning of Woodstock and the moon landing, to the ecology movement and the moral significance of the Catholic Church’s views on contraception; from the nature of laissez-faire capitalism and freedom of speech, to the military draft and the Vietnam war.1

I’ve often revisited her commentary on foreign policy and international relations, partly because — just as in her analysis of economic, political and cultural issues — there are enduring philosophical lessons with application today. It’s an area of her thought that I hope scholars will delve into.

So I was pleased to read a recent article, “Fostering liberty in international relations theory: the case of Ayn Rand,” by Edwin van de Haar in the academic journal International Politics. It’s encouraging to see academic work on Rand that takes her seriously.

The article laudably seeks to provide a comprehensive view of Rand’s thought and positions on international relations.
By taking her “seriously” I mean expending an effort to “read her, not with an eye toward confirming one’s prejudices (whether favorable or unfavorable),” as Gregory Salmieri observes in A Companion to Ayn Rand, but “simply with an eye to understanding what she thinks and why.” That takes work and reflection (and still more; Salmieri goes on to spell out in detail what that looks like). In van de Haar’s article, I see that kind of genuine effort to understand Rand’s ideas on international affairs.

The article laudably seeks to provide a comprehensive view of Rand’s thought and positions on international relations, and it gets at some important facets of her outlook. In particular, it notes how the moral principle of individual rights is central to Rand’s political thought and thus her approach to foreign policy. Even so, the article falls short in conveying the distinctiveness of her view.

First, some context about the article’s purpose. Written for scholars in the field of international relations, its thesis is embedded in the assumptions, concepts, and debates of the field. Van de Haar aims to show that within one of the main theoretical traditions, “liberalism,” there is an underappreciated range of views and internal disputes. To establish his claim, he takes Rand as a kind of case study. He argues that she belongs within the “liberal” approach and, by surveying her writings and statements on international issues, he aims to show the intellectual variation within that tradition.

To assess how Rand’s view relates to the “liberal” approach (and other theoretical traditions in the field), one needs to start with what she stood for. On many points, however, I differ with van de Haar’s summary of Rand’s views and the logic of her positions.

One problem is unclarity in van de Haar’s account of Rand’s views. For example, he writes that Rand’s worldview “did not allow for much optimism about peace, because human nature made it impossible to eradicate (international) conflict.”2 In the article’s conclusion, however, he states that, along with others in the “liberal” tradition, “she shares the ultimate belief in the possibility of world peace . . . .”3 These two claims are in tension. In my reading, Rand does believe in the possibility of peace — but for distinctive reasons rooted in her philosophy.

The dearth of “optimism about peace” that van de Haar claims to detect in her writings is at odds both with Rand’s view of human nature and her analysis of the roots of war. For Rand it was a universal (metaphysical) fact about human nature that people have free will, that there are no deterministic forces directing history, and that what shapes the life of an individual and a culture are the (chosen) ideas — specifically, the philosophic ideas —  that prevail.

Van de Haar rightly observes that Rand traces the ideological root of statism to a primordial form of collectivism, which she termed tribalism.
These philosophic premises inform her analysis of the roots of war and the factors that foster peace. To give just a brief indication of her view: Statism — a political system that subordinates the individual to the collective — “needs war; a free country does not,” she writes. “Statism survives by looting; a free country survives by production.” She held that capitalism is based on the principle of individual rights, and it is, “therefore, the only system that bans force from social relationships. By the nature of its basic principles and interests, it is the only system fundamentally opposed to war.”

Van de Haar rightly observes that Rand traces the ideological root of statism to a primordial form of collectivism, which she termed tribalism. And tribalism, she argues, is a perennial engine of human conflict. But, contrary to van de Haar’s interpretation, for Rand tribalism is an avoidable feature of human nature. It is something people default to through passivity, but they can — often do, and should — choose better ways of organizing society and directing their lives.4 Peace was not only possible but, in Rand’s view, it had in fact been achieved at various times, to the extent (and as long as) people embraced the rational ideals of a free society (particularly individualism and individual rights). In her essay “The Roots of War,” Rand writes: “Let those who are actually concerned with peace observe that capitalism gave mankind the longest period of peace in history — a period during which there were no wars involving the entire civilized world — from the end of the Napoleonic wars in 1815 to the outbreak of World War I in 1914.”

In trying to situate Rand’s views within the field, van de Haar points to some instances of commonality between Rand’s views and the positions of particular schools of thought in international relations. While a few of the points of contrast are significant, some of the (seeming) commonalities are non-fundamental or unconvincing. For example, van de Haar observes that for Rand “the only proper basis for international cooperation was the national interest, a traditional realist position.” (Emphasis added.)5 It’s true that “realists” invoke the term “national interest,” and Rand did too. But that’s where the commonality ends. Rand’s outlook differs profoundly.

“Realists” characteristically conceive of “interests” in terms of a state’s material (military, economic) power, which it seeks to expand or optimize, to ensure its survival within a dog-eat-dog international arena.6 By contrast, Rand’s conception of national self-interest is radically different. It is rooted not in the state, but in the individual. I take her view to be that the “national interest” is nothing more than the aggregate of the citizens’ individual interests in having their rights (to life, liberty, property) protected, so they can live and produce and trade, unmolested by foreign threats. Pervading her view is a fundamental commitment to rational moral ideals. That’s in sharp contrast with the amoral “realist” calculations of power, which Rand rejected.

The thrust of Van de Haar’s argument, however, is that Rand belongs not within the “realist” approach but within the contrasting “liberal” tradition. This has some overlap with “liberalism” in domestic politics but differs from it in important ways. Van de Haar identifies six main features or assumptions shared by theories within the “liberal” tradition: that world peace is attainable; that the nation is a “problematic actor in world affairs”; that domestic institutions can foster “[p]eace-oriented foreign policies”; that international organizations, regimes, and laws have an important role; that trade can foster peace; and that “humanitarian intervention” should be supported. There are some points of contact here with Rand’s views, notably the possibility of peace and the idea that global trade fosters peaceful relations.7

In the content of her views and especially in her methodology, Rand diverges fundamentally from key assumptions and premises in the field of international relations.
But Rand was highly critical of key aspects of the “liberal” approach (as van de Haar notes): a case in point is her view of the United Nations, the pre-eminent international organization, as morally bankrupt. Moreover, if support for “humanitarian intervention” is a defining feature of the “liberal” tradition, it’s difficult to see how that squares with Rand’s morality of egoism, the principle informing her approach to foreign policy (she regarded calls for foreign aid as self-sacrificial). Given the sharp contrasts between Rand’s views and how van de Haar defines “liberalism” in international relations, you could infer that there is considerable variation within the “liberal” tradition. But it prompts the question of whether Rand does belong in that tradition. More compelling, I think, is the inference that Rand’s commonality with “liberalism” is slight, mainly a matter of derivative points, and at odds on deeper assumptions.

And there’s a further reason to doubt that Rand would have seen herself as fitting into the “liberal” tradition. In view of how she analyzed — and rejected — conventional political categories as malformed, invalid, contradictory, and worse, I expect she would have applied the same exacting standard to the theoretical categories “realism” and “liberalism” in international relations and found them problematic.8 We can see a glimpse of that in her illuminating analysis (and rejection) of the idea of “isolationism“ as a deliberately malformed concept, intended to confuse and smear.

In the content of her views and especially in her methodology, Rand diverges fundamentally from key assumptions and premises in the field of international relations. When compared to the two traditions, “realism” and “liberalism,” that van de Haar focuses on, Rand really stands out. She is passionate about rational moral-political ideals; she champions reason, individualism, and capitalism. Throughout her writings, she stresses the indispensable need for guiding human thought and action by means of principles. That colors her whole perspective on American foreign policy.

READ ALSO:  The Real Reason Why Russia Won’t Be Kicked Out of the UN

A theme of her scathing critiques of foreign policy is precisely that it is unprincipled, therefore morally bankrupt, and in practice contradictory and ineffectual. Rand holds that individual freedom is an objective ideal: it’s the standard by which she judges the moral character of other regimes, notably the Soviet bloc. Such moral judgments and appeals to principles stand in contrast to the assumptions and methods of many scholars in the field of international relations.

Despite my criticisms of van de Haar’s article, I’m encouraged to see it in print. It exhibits a genuine interest in Rand’s thought and a serious engagement with it. Perhaps it will give added visibility to Rand’s writings and ideas within the field.