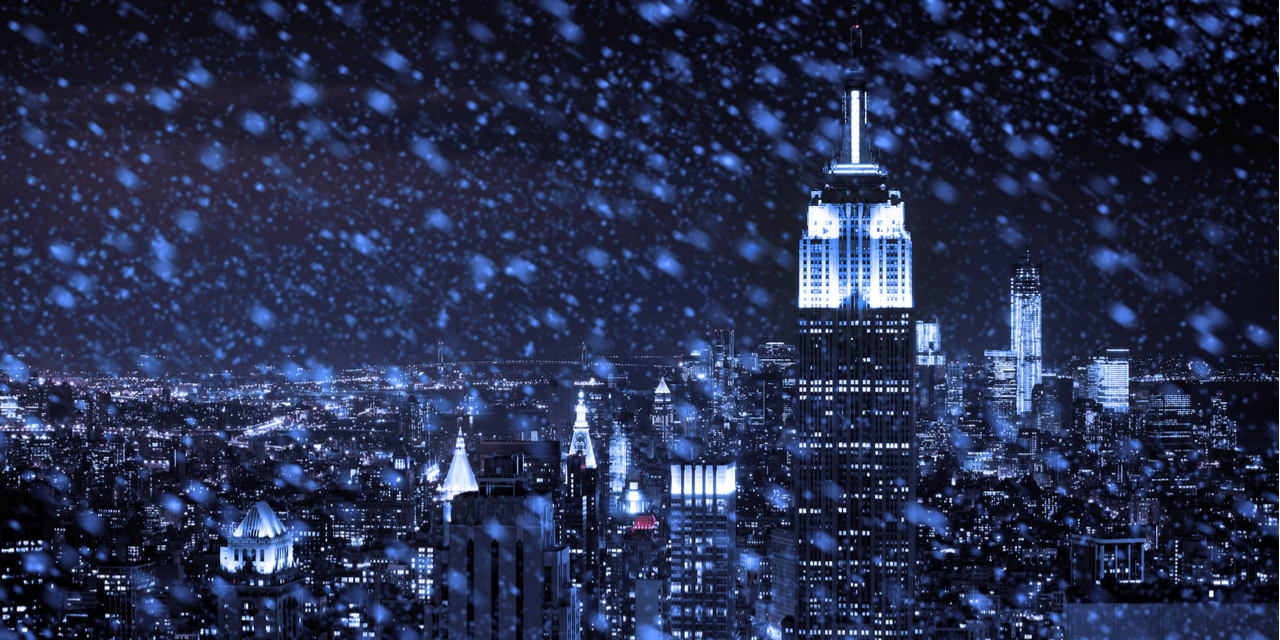 Christmas at the O’Connors’: How Ayn Rand Celebrated

To celebrate Christmas, we asked Jeff Britting, former curator of the Ayn Rand Archives, to supply us with images and text from an article he wrote that originally appeared in the Ayn Rand Institute’s newsletter, Impact, in 2010. The article was devoted to anecdotes about Christmas visits, letters from Ayn Rand’s family in Russia about Christmas, images of Rand and her husband, Frank O’Connor, at Christmas and Christmas cards she and Frank gave and received (some with their pet names for each other, “Fluff” for her and “Cubbyhole” for him).

We hope you enjoy it — and Merry Christmas from the staff of New Ideal!

Christmas was one of Ayn Rand’s favorite holidays. And to celebrate the current season, a selection of memories and artifacts documenting Miss Rand’s lifelong enthusiasm for Christmas are presented here, courtesy of the Ayn Rand Archives. These recollections from the Archives Oral History program and descriptions of holiday artifacts — including greeting cards — to be found among the Ayn Rand Papers all highlight Miss Rand’s appreciation of the “benevolent gaiety” of Christmas and of its secular meaning of “good will toward men.”

As related by Ayn Rand’s friend Kathryn Eickhoff in an interview conducted by oral historian Scott McConnell in 100 Voices: An Oral History of Ayn Rand: “Miss Rand thought Christmas was a wonderful thing because it had been so commercialized and that it was not a religious holiday at all. It was a joyous giving to people you were fond of, and where every place got beautifully decorated.” This sentiment was expressed by Miss Rand herself in the December 1976 entry in The Objectivist Calendar. She writes:

The charming aspect of Christmas is the fact that it expresses good will in a cheerful, happy, benevolent, non-sacrificial way. One says: “Merry Christmas” — not “Weep and Repent.” And the good will is expressed in a material, earthly form — by giving presents to one’s friends, or by sending them cards in token of remembrance . . . .

The best aspect of Christmas is the aspect usually decried by the mystics: the fact that Christmas has been commercialized. The gift-buying . . . stimulates an enormous outpouring of ingenuity in the creation of products devoted to a single purpose: to give men pleasure. And the street decorations put up by department stores and other institutions — the Christmas trees, the winking lights, the glittering colors — provide the city with a spectacular display, which only “commercial greed” could afford to give us. One would have to be terribly depressed to resist the wonderful gaiety of that spectacle.

This fondness for Christmas was unabashed in the O’Connor household. Jean Elliott was a friend and frequent visitor to Miss Rand and Frank O’Connor’s Richard Neutra-designed von Sternberg House in Chatsworth, California (pictured below on a rare snowy winter’s day in January 1949). In her oral history interview, she recalls that the holiday displays in the home’s two-story living room atrium exhibited Frank’s artistry. “At Christmas time, Frank always had a huge Christmas tree that he brought home. A beautifully shaped fir, which would go well in that room, because of the balcony. It would be probably 10-feet tall and went up above the balcony, and it was beautifully decorated. . . . One time, it was all red bulbs on the tree, and I think it had ribbons coming down.”

READ ALSO:  Why So Many Said to Be 'Selfish' Are Empty Inside

Even Oscar and Oswald, two stuffed lion cubs, were brought into the Christmas spectacle. These longtime members of the O’Connor household were displayed with special hats and ribbons alongside the Christmas tree. (As always, Frank O’Connor’s humorous bad puns were attributed to Oscar.)

The spiritual value of such displays was evident in Miss Rand’s Russian past. Although the Rosenbaum family was culturally Jewish and largely secular in orientation, family letters to Rand indicate that Christmas was a celebrated holiday in the Rosenbaum home. Among the Ayn Rand Papers is a 1926 letter to Ayn Rand from her older sister Natasha, still living in Soviet Leningrad, which captures the spirit-raising Christmas décor of the home she left.

In the letter, Natasha writes: “There is nothing new here (how strange it is: it will soon be a year since you left, and things are still the same here) . . . . We have a Christmas tree (Borisovna [Miss Rand’s mother] bought it). We’ll decorate it with our own products of productive enterprise (I use such highfalutin language because I recently had an exam in political economy).”

A subsequent letter to Ayn Rand from Natasha, dated January 1, 1927, describes the result: “Everyone likes it (except maybe for Grandpa, who doesn’t like it for certain obvious reasons). We lit up the tree on New Year’s, and it looked very pretty, and I turned into a child.” On January 15, 1927, Miss Rand’s mother, Anna Borisovna, recapped the holiday affair: “The kids had a Christmas tree. They made the decorations themselves, and the tree turned out splendid. Although, general opinion had it that there were ‘too many ballerinas.’ But the ballerinas were enchanting, each better than the next.”

As to gifts, Miss Rand preferred to exchange presents only among very close friends and special business associates. And given that many of her friends were of modest means, she insisted that gifts not be burdensomely expensive. This challenge often resulted in flights of ingenuity. The artists and musicians among her circle often produced handcrafted ornaments, jewelry and recordings.

In 100 Voices, Ms. Eickhoff recalls the kind of gift that Ayn Rand loved. “Once, Jim [Smith] (whom I later married) and I decided we would take the Christmas party to Ayn. On Christmas Day, we called to see if she was going to be home. I asked if we could come up. Sure. So we packaged up all the leftovers from our Christmas party — the punch and the eggnog and some various things that we’d had and some little presents for her — and took them over to her.” As to Miss Rand’s reaction? Ms. Eickhoff recalls: “She was just like a kid.”

Among Miss Rand’s correspondence are Christmas greetings in several languages. These letters and cards capture enduring expressions of holiday goodwill from all periods of Miss Rand’s personal and professional life. We present a sampling of these greeting cards here.

Other significant cards in the Ayn Rand Papers include: