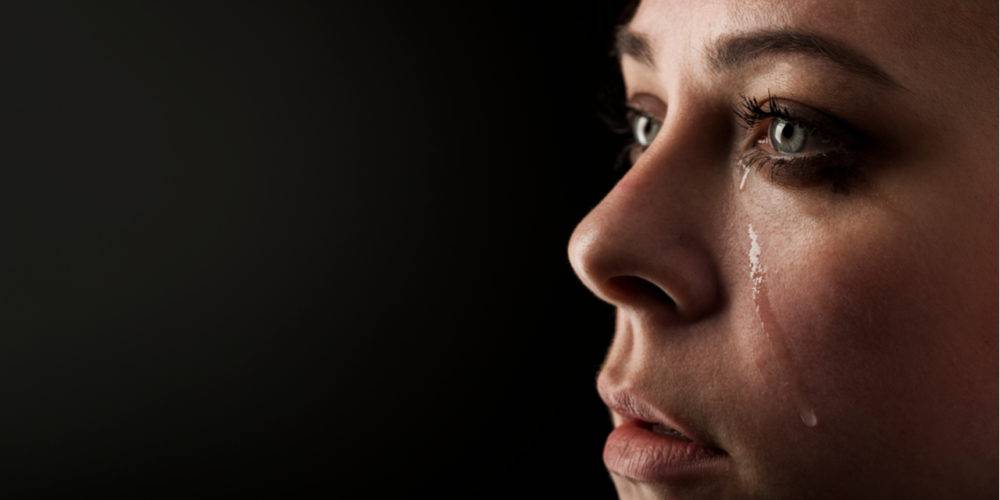 Don’t Resign Yourself to Suffering, Combat It

Suffering should not be seen as essential to life given the efficacy of human intelligence.

By the time this is published, somewhere between a quarter and a half a million people around the globe will have died in the coronavirus pandemic. Scenes of refrigerator trucks gathered around New York City hospitals to collect corpses have sobered even many starry-eyed optimists. When you add economic crisis and social unrest to the mix, it’s understandable that many people, whether optimists or pessimists, have paused to reflect on their own view of what’s important in life.

This has not escaped the notice of philosophers and religious thinkers. They have entered the fray of public debate to grapple with the question of how we should process the fact of widespread suffering and death. One answer that has emerged is worth highlighting, if only because it should be challenged by anyone searching for meaning in the fog of pessimism.

Consider first the religious thinkers. In the New York Times, Ross Douthat urges us to consider Christian views about the meaning of suffering, such as the idea that it is a gift because bearing it allows us to demonstrate our goodness.1 Still, he takes seriously those who say there’s no obvious positive purpose achieved by suffering. In a recent sermon Pope Francis didn’t invoke any such positive: he emphasized merely how suffering shatters what he takes to be a negative. The pandemic “exposes our vulnerability and uncovers those false and superfluous certainties around which we have constructed our daily schedules.”2 In his view, we can’t save ourselves so we should instead have faith that the Lord will save us.

READ ALSO:  The Serenity Prayer and Why Ayn Rand Liked It
Interestingly, secular thinkers push a similar line. In a New York Times piece, the popular philosopher Simon Critchley urges the point that we should not rebel against the fact of our mortality, but infers from this point that there is freedom in welcoming death’s approach, in accepting a pervasive anxiety about our mortality. “Human beings are wretched, Pascal reminds us. We are weak, fragile, vulnerable, dependent creatures.”3 Critchley says that there is a distinctively human strength in knowing of our mortality, but does not explain the nature of that strength. Roy Meredith in Quillette invokes the ancient Stoic view about what that strength might be: we should not try to rebel against mortality, but instead stop wanting the joy we cannot obtain. When we do, we can practice a kind of heroism in sitting on one’s couch at home under quarantine.4

All of these views emphasize the virtue of accepting suffering’s causes. None of them bother to celebrate the virtues of fighting to eliminate those causes.

Thinkers who counsel the virtues of acceptance often invoke the “serenity prayer”: “God grant me the serenity to accept the things I cannot change, courage to change the things I can, and wisdom to know the difference.” There’s a lot of wisdom in this adage, even for those who don’t believe in a God. But the attitude shared by religious and secular thinkers alike accepts only the first piece of this wisdom while ignoring the rest; the result is a fetishizing of suffering.

The efficacious mind vs. suffering

Obviously no one can change the fact of their own mortality. But this does not mean that fear of death from a particular cause is irrational, let alone that we should “welcome death’s approach.” If we want to make the best of our chance to live a long and fruitful life, we should take steps to ward off threats to it.

Those who live in a world with such scientific achievements and take seriously that the only human distinction is our knowledge of our vulnerability are willfully blind.

One might be tempted to excuse the ancient religions and philosophies for thinking there was little point in exercising the courage to change the world in our favor. Their originators lived in a world filled with superstition in which scientific knowledge dealt mostly with intellectual curiosities with little application to practical life. Prayer and acceptance might have looked like the only alternatives. But today’s thinkers have no excuse for thinking that human beings have no control over how fragile or vulnerable we continue to be.

Consider one eloquent symbol of the human power over nature, even in the face of a pandemic. During the London plague of 1665, Isaac Newton, though quarantined at home, invented the calculus, discovered basic principles of optics, and laid the groundwork for his law of universal gravitation. The last of these required seeing how the motions of the planets, which had been observed by astronomers for millennia, provided data for laws of motion that govern the motion of objects on earth as well. His discoveries revolutionized science generally, paving the way for the Industrial Revolution that in so many ways improved standards of living, including the eradication of disease.5

Modern medical science, whether through the creation of vaccines, antitoxins, or countless other innovations, has since saved the lives of billions who might otherwise have fallen prey to one plague or another. One set of researchers estimates that only around a hundred scientists have contributed medical innovations that have saved over five billion lives.6One scientist, Karl Landsteiner, is estimated to have alone saved a billion lives through his discovery of blood groups, which enable safe blood transfusion.7 From these and other innovations, life expectancy in the modern West has risen from around 35 in 1760 to 75 or 80 today.8

Those who live in a world with such scientific achievements and take seriously that the only human distinction is our knowledge of our vulnerability are willfully blind. Suffering does not have to be accepted as an inevitable part of life. The efficacious human mind has the power to reduce its role.

A philosopher challenges the cult

We’ve considered what some mainstream religious and secular thinkers have said. Let’s now look at someone who swam against the mainstream. Though she was an atheist, Ayn Rand endorsed the secular, philosophic message contained in the serenity prayer, a message that the cult of suffering ignores. She celebrated the power of the human mind to change the world through science, technology, and industry, and urged us to be courageous enough to change it.

If we want to live a truly human life, and not cower from the storm like an animal as the cult of suffering would have us do, we should remember that more is possible.
But the power of the human mind is not a magical power like that supposedly possessed by the God in whom Pope Francis demands us to have faith. It is the power best described in a dictum by a different Francis, Francis Bacon: “Nature, to be commanded, must be obeyed.”9 The laws of nature are what they are, independent of anyone’s hopes or wishes. But if we discover those laws, if we understand nature’s causes, we can rearrange its building blocks so as to bring about the desired effects.10 When nature takes its course, diseases spread and cause massive suffering. But scientists who identify pathogens can create vaccines and other treatments and command this suffering to diminish.

With that in mind, Rand said that those who bemoan the futility of human action and the inefficacy of human knowledge rob us of the serenity and courage described by the prayer. And in her notes on the drafting of Atlas Shrugged, she said the following, which I believe speaks directly to today’s cult of suffering:

Man does not exist for suffering. Suffering is an accidental, “marginal” part of his existence, which he must fight in order to be free to exist in happiness, which he must overcome as quickly as possible — and not spend his life seeking, thus making it the aim of his life. The suffering which threatens men from physical nature is negligible compared to the suffering he brings upon himself and others. If man functioned properly in the field open to him and determined by him — the field of his choice, his free will, his thinking and actions — he would eliminate most, and perhaps even all, of the “physical” suffering caused by the accidents of his physical nature.11

Inspiration from the heroes in our midst should shatter the illusion that there is some kind of virtue involved in giving up, accepting suffering as our lot in life, and being content to sit at home on a couch.

Suffering is real, and not always the product of the wrong human decisions. There are natural disasters, accidents, and destructive viruses. When we meet with pain and loss, whether as a result of natural or man-made disasters, it can be overwhelming, and while we experience this, it can be difficult not to see it as the ruling force of life. But if we want to live a truly human life, and not cower from the storm like an animal as the cult of suffering would have us do, we should remember that more is possible. What matters in life is the happiness that suffering is an obstacle to. This should give us reason to look for ways to overcome that suffering.

Most of us are not geniuses capable of finding a cure or vaccine for the coronavirus, but each of us can still derive inspiration from the heroes in our midst. Consider the doctors working on the frontlines of the pandemic, the entrepreneurs maintaining the technology and infrastructure that keeps our economy from sinking completely, and yes, the scientists working on a cure. Their efficacy benefits us directly, but their courage in the face of a crisis should be a psychological beacon. At the very least, it should shatter the illusion that there is some kind of virtue involved in giving up, accepting suffering as our lot in life, and being content to sit at home on a couch.

Ben Bayer, PhD in philosophy and formerly a professor, is a fellow at the Ayn Rand Institute. Ben is an associate editor of New Ideal.

Is Self-Sacrifice a Virtue? No, Argues The Tyranny of Need