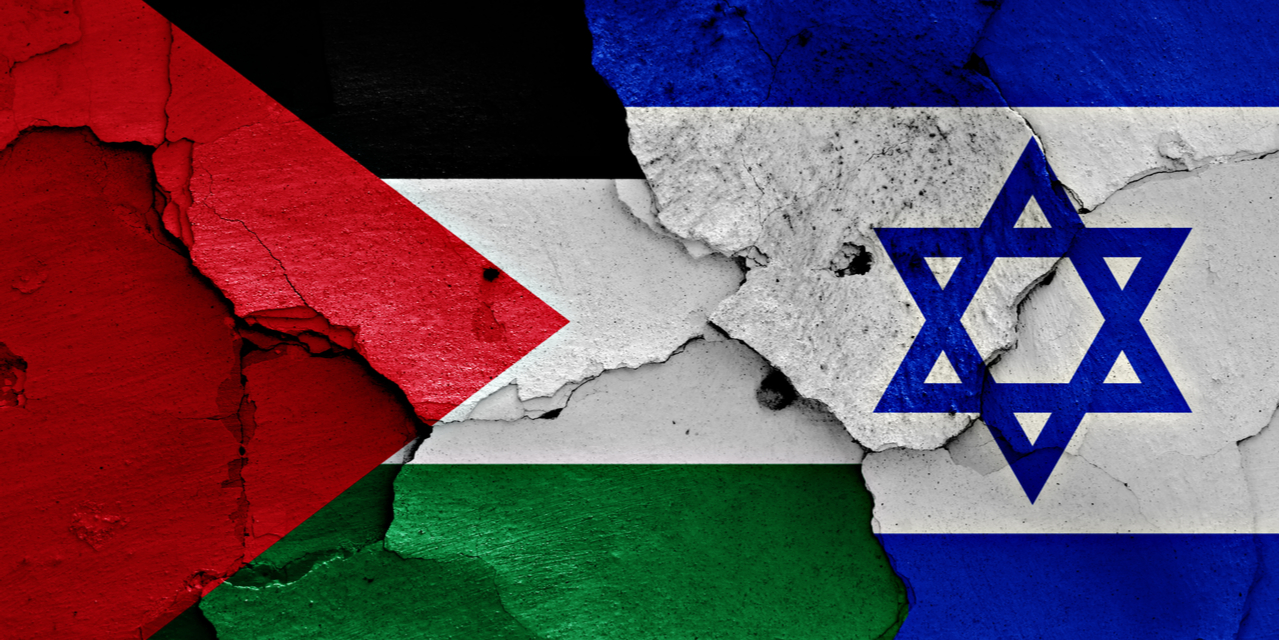 It’s Past Time to Bury the Israeli-Palestinian Peace Process

At the opening of the new U.S. Embassy in Jerusalem in May, Ivanka Trump snapped a selfie with the jubilant Israeli Prime Minister, Benjamin Netanyahu. The crowd around them celebrated the occasion. By sharp contrast, less than fifty miles south, at that same moment Palestinians rioted and attempted to breach Israel’s border with the Hamas-run Gaza strip. Since then, Gazans launched rockets and mortars at targets in Israel.

For some, these developments signal the death knell of the dream of Israeli-Palestinian peace. Why? By recognizing Jerusalem as Israel’s capital, Washington has disqualified itself as an “honest broker” in future peace negotiations. Trump’s decision to acknowledge Israel’s capital, the argument goes, confirms a pro-Israel bias. What’s more, the new U.S. embassy in Jerusalem was opened to coincide with the 70th anniversary of Israel’s independence — a day many Palestinians mourn as a catastrophe (“Nakba”). It was like rubbing salt in their wounds.

But the truth is that the Israeli-Palestinian “peace process” was stillborn. We should have buried that disastrous policy long ago.

To ask “what went wrong?” with the Israeli-Palestinian peace process is to pose a loaded question. It presupposes that the basic conception could have worked— and that, with some tweaks it can yet be made to work (something the Trump administration seems to be planning).

The American-backed “two-state solution” was always a lethal fantasy. Under that plan, the Israelis keep their state, the Palestinians gain one for themselves, and in theory, the two states co-exist side-by-side, in peace.

Over the last quarter century, each U.S. administration clung to that basic approach, while tweaking the timeframe, the sequencing, and the terms of the peace process. To reach a compromise, for example, George W. Bush believed the Palestinians had to be nudged to improve their governance, whereas Barack Obama felt that progress could happen only by pressuring Israel.

But the two-state formula was fundamentally flawed. The problem lies not primarily with the policy’s implementation, but with its basic conception. It hinges on evading the moral standing of the adversaries. It put Israel, the region’s only free society, and the Palestinian movement on the same moral footing. For decades, however, that ideological-political movement was led by the murderous would-be dictators of the Palestinian Liberation Organization, until the PLO was eclipsed by the Islamic theocrats of Hamas.

Thus the peace process inevitably aided killers and harmed Israel. You can evade the moral difference between the adversaries, you can launder the guilty, you can blacken the name of the good. But nothing can alter the facts. The plain truth is the Palestinian movement never renounced its goal of overthrowing Israel (nor did it ever give a damn about the individual Palestinians it claimed to be avenging). Giving the Palestinian movement an interim quasi-state, the Palestinian Authority, meant giving them boatloads of money and a base from which to continue their war on Israel.

Predictably, the Palestinian Authority became a dictatorship that tramples the rights of its subjects, indoctrinates them, and urges them to “martyrdom” in fighting Israel, while Hamas wages its jihad on Israel from an Islamist quasi-state in the Gaza strip.

READ ALSO:  Jihadists: Understanding the Nature of the Enemy

Over time, the peace process led to more, and increasingly worse, conflict, not less. One low point was the so-called Second Intifada (uprising), which began in 2000. Essentially, this was a Palestinian terror war on Israel. More Israelis were injured, maimed, crippled, and killed during a five year span of the Second Intifada than in the prior quarter century.

What’s needed is not yet another reboot of the peace process — something the Trump administration has promised to deliver — but to discard this corrupt policy. No additional piece of paper, no further confidence-building measure, no marginal adjustment to the negotiating process can make it work. What’s needed is a fundamental re-thinking of the moral premises informing our approach.

When properly judged, the adversaries are morally unequal, and our policy must fully recognize that fact. In my book, What Justice Demands: America and the Israeli-Palestinian Conflict, I argue from a secular, individualist moral outlook that America does have a stake in the conflict — but that stake is not what most people suppose it to be. The conflict, at root, is between a free society, Israel, and movements and regimes hostile to human life and freedom. We should put our moral support behind free societies, such as Israel, and genuine freedom-seekers — including among the Palestinian community (however few remain) and across the region.

By burying the peace process, we can actually clear the path for a genuine, truly just resolution. Yes, the conflict is solvable. To reach that outcome, however, it’s necessary to uproot the moral assumptions shaping America’s longstanding approach to the conflict. We need, in other words, to take seriously what the moral principle of justice demands.

This article was originally published in the Jerusalem Post.