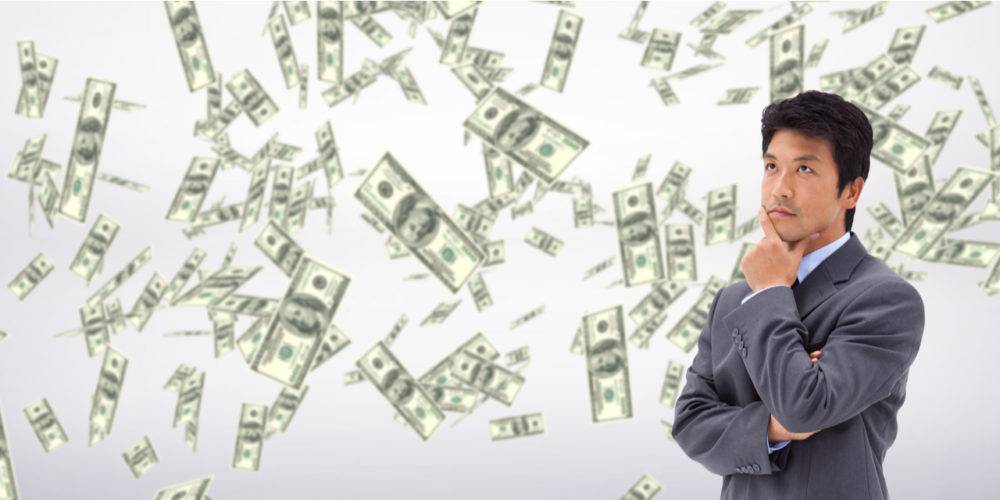 Principled Defense of Free Markets in the Age of Bailouts

I work for an organization, the Ayn Rand Institute, that advocates laissez-faire capitalism and opposes government redistribution of wealth on moral grounds. We also recently took a loan from the Paycheck Protection Program (PPP) — on moral principle.

Sound strange? It does to many, so it’s no wonder that recently, news of our loan went viral.1 The Twitter mobs claimed that our acceptance of government loans made us hypocritical. The news was used as a convenient tool for intimidating advocates of an unpopular political position.

But there’s no exposé here. Months before we got the loan, we openly announced and explained our intention to take it if we could get it. At the time we even tried publishing our explanation in a newspaper, but then no one thought it was news. We did all of this because we had nothing to hide and actually wanted the world to understand our reasons.

ARI advocates free markets because we uphold the individual’s moral right to pursue his own happiness — his right to reject the life of a martyr.
Hypocrisy is failing to live by the principle one advocates. But we took the money, unapologetically, precisely because of the same principle that leads us to oppose the welfare state in the first place.

Some may find this confusing, assuming that our principle is “never take government benefits.”2 But that’s never been our view. This is a great opportunity to explain the real principle.

The principle against victimization by the welfare state

Ayn Rand, whose philosophy we advocate, argued that a proper government’s only function is to protect individual rights. That principle flows from the fact that one needs to be free from physical force to pursue one’s own happiness. At base, she thought that one’s own happiness is one’s own highest moral purpose. A government that takes its hands off the economy and protects property rights and the free-market system respects individuals’ right to pursue happiness. But a government that manipulates the economy and redistributes wealth uses force against individuals and violates their rights.

Fundamentally, ARI advocates free markets because we uphold the individual’s moral right to pursue his own happiness — his right to reject the life of a martyr. It’s a controversial principle, but it’s the one we’ve made it our mission to defend.

Ayn Rand emphatically argued that morality is not a series of bolts from the blue: instead, it’s a set of rational scientific principles for achieving happiness.
It takes careful thinking to apply this principle to a world in which the government interferes constantly with the economy. Today’s government taxes and regulates and even shuts down whole sectors of an economy during a health crisis. ARI opposes these policies on principle because they destroy individual freedom and livelihoods. We also propose alternatives that could help transition us to a system of freedom.

But to “fix” the economic problems it created in the recent crisis, government chose instead to resort to massive deficit spending like the PPP, to be financed by future taxes and by even more printed money, threatening to retard future economic growth and dilute the value of everyone’s savings.3 ARI opposed all of these programs at the outset of the crisis because they would victimize everyone — including us.

READ ALSO:  To Take or Not to Take
Once free-market advocates themselves become victims of the very policies they oppose, it’s especially important to bring to mind the principle that led them to oppose those policies in the first place.

That’s why, in September 1964, Ayn Rand herself advised a pro-free-market fan that she should take public assistance if she needed it, because of the taxes she had already paid and because if she opposed the welfare state on principle, she “should not be its first victim and should not be made to suffer while [her] own hard-earned money is being spent to support bums all over the world.”4 In another essay, she argued that those working to end the system of government aid are morally entitled to take such aid as a form of compensation for what has already been taken unjustly from them.

A rule that slavishly prohibits a concrete action regardless of the effects on a valued goal only encourages mindless martyrdom.
Most people think of moral principles as commandments, as sheer bolts from the blue that are to be accepted without explanation. Thou shalt not kill, or lie, or covet thy neighbor’s ox, because the Lord God or society proclaims it. But without explanation, the meaning of these rules floats free from real-life facts. If killing or lying is wrong, what about killing or lying to defend oneself against a murderer? What if that neighbor stole my ox — should I not want it back?

Ayn Rand emphatically argued that morality is not a series of bolts from the blue: instead, it’s a set of rational scientific principles for achieving happiness. If that’s true, they have to be applied intelligently with that end in mind. For instance: murder is wrong because we observe the values that peaceful, productive human beings can add to our lives. But if a murderer tries to kill those peaceful productive beings, it’s wrong not to lie to or even kill the murderer if doing so would protect the values murder destroys. If there’s something wrong with “coveting,” it’s because there’s something unhealthy about desiring values you didn’t produce and earn — but that ox your neighbor stole is something you did earn!

Likewise, any moral guidance about participating in welfare state programs must bear in mind the goal of achieving individual happiness. There is a principle that we should create value in the world if we want to thrive in it. That means not using force to expropriate values from others, which undercuts our own self-esteem and destroys others’ ability to produce and trade with us. That definitely implies opposition to government programs that engage in this expropriation. But if others expropriate values from us, we have a right to redress our loss through a legal process — especially if the expropriator is government itself.

READ ALSO:  What Gave Ayn Rand the Moral Right to Collect Social Security?
There is simply no rational basis for a commandment “Thou shalt not take government benefits” that applies regardless of context. That would mean never going to a public school, never taking a government contract, never even driving on public roads. A rule like that which slavishly prohibits a concrete action regardless of the effects on a valued goal only encourages mindless martyrdom.

A personal angle on the issue

Some free-market advocates who refuse to take bailout money because they say it would violate their principles may be working with baseless principles to begin with. But there are others who have interpreted rational principles as though they were concrete-bound commandments. I once made the second mistake myself.

Don’t treat principles as dogmatic commandments: apply them with a scientist’s eye to their original purpose.
It was 1994 and I was a freshman at Georgetown University. I had once been an ardent egalitarian Democrat, but when I read The Fountainhead by Ayn Rand, I was won over by her individualistic philosophy.5 This created a dilemma. As I watched Republicans retake Congress under the banner of the “Contract with America” and launch a critique of welfare redistributionism, I found myself strangely sympathetic with some of their arguments. But there I was paying for college with government assistance.

I felt like a hypocrite. And as someone who was raised Catholic and thought of moral principles as commandments, I knew only one way to deal with a feeling of moral guilt: give something up.

So I quit Georgetown. I transferred to a less prestigious school whose lower tuition wouldn’t require work-study money. It was a life-changing decision, and not necessarily for the best. When I later read Ayn Rand’s essay about how pro-capitalists should be willing to take scholarships as restitution, I also felt pretty foolish.

I’m glad I wanted to stick to what I thought were my moral principles. But I now tell this story as a case study of how not to understand principles. Don’t treat them as dogmatic commandments: apply them with a scientist’s eye to their original purpose. And especially if they’re political principles that help us evaluate government policy, remember that their purpose is to help each of us pursue our own happiness.

That same view of morality as a set of commandments is now being weaponized to demand that my employer give up its means of staying afloat. I won’t be tempted by it again.

ARI’s most vocal critics — especially Twitter mobsters from the left — have no problem with encouraging free market types to interpret their own principles as commandments to martyr themselves. They should be on notice that at least at the Ayn Rand Institute, we won’t fall for this trick. Our principles are radical, but those who care to look will see we are applying them consistently. The better advocates of the free market should consider following our lead.