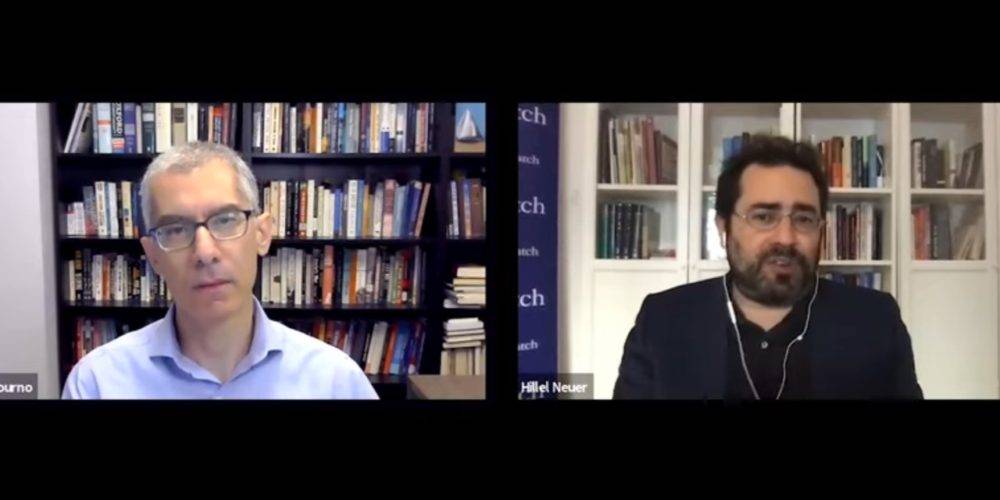 Talking With Hillel Neuer About China, WHO and UN Corruption

At the start of the Covid-19 pandemic, China faced credible accusations that it unduly delayed reporting the outbreak to the World Health Organization and manipulated that organization to deflect blame. China, moreover, has long insisted on excluding Taiwan — one of the few countries to respond successfully to the pandemic — from the WHO.

The scandal over China’s machinations, however, is an aspect of a larger, even more shameful story about the WHO’s parent organization, the United Nations.

I interviewed Hillel Neuer, a lawyer and writer, who is executive director of UN Watch, a non-governmental organization that reports on the United Nations. Our conversation began with the story that’s made the WHO notorious during the pandemic, but quickly broadened to look at the United Nations and its Human Rights Council.

The UN’s Human Rights Council, supposedly a global watchdog on rights, is used by authoritarians and dictators to deflect attention from their own crimes. At the same time, as Neuer put it, the UN has “pathologically” heaped scorn on Israel, a basically free society. One question I put to Neuer: Why has there been no investigation, let alone an outcry, at the Human Rights Council about the compelling evidence that China has coerced nearly one million Uighurs (a Muslim minority group) into prison-like camps? How have the dozens of Muslim-majority nations at the UN reacted? If you expected them to lambaste China, you’d be stunned. The UN’s Human Rights Council, Neuer observed, is “one of the most cynical places I’ve ever seen.”

Looking back at our conversation, which you can hear and watch below, one conclusion was overwhelming. It is not only China that the UN enables and provides moral cover for. The UN does the same for many of the world’s dictatorships and authoritarian regimes. Neuer is an outspoken, eloquent critic of the United Nations (here’s one viral video of him speaking at the UN), and his work helps expose the reality of the organization’s moral corruption. While Neuer’s own organization is dedicated to holding the UN accountable to its founding principles, in my view the UN’s moral failings are fundamental and beyond remedy.