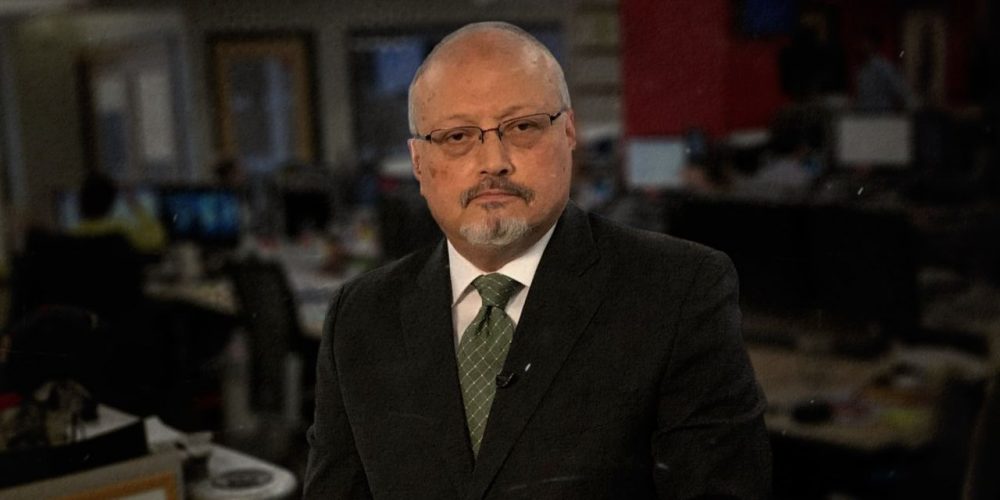 Why Did the Saudis Expect to Get Away with Murder?

The Dissident, a new documentary about the Khashoggi scandal, prompts us to look more closely at how the U.S. and Western countries engage with Saudi Arabia.

The victim was lured to his death on a seemingly innocuous pretext, relating to paperwork for a marriage license. The killing was straight out of a horror movie. The body was butchered into pieces, with a bone saw, so it could be disposed of without a trace. This was the fate of Jamal Khashoggi, a Saudi journalist and activist, employed by the Washington Post. The murder set off a global scandal. Who killed him? and why?

These are questions that a new documentary, The Dissident, helps us answer. It vividly tells the story of what happened to Khashoggi that day in October 2018 when he was put to death inside the Saudi consulate in Istanbul. The documentary prompts us to weigh a related issue that provoked so much of the outrage at the time of the scandal: Why did the Saudi rulers believe they could literally get away with murder?

The film presents compelling evidence that indicts the Saudi regime, all the way up to the crown prince. Often referred to as MBS, Mohammed bin Salman is a millennial, self-declared “reformer,” and the country’s de facto ruler. A number of Khashoggi’s killers belonged to an elite force that reports directly to MBS, who has absolute control over the country’s security and intelligence organizations. The agents, including an autopsy doctor and a forensics expert, came to Turkey aboard a private jet with diplomatic clearances, and eight of the fifteen men held diplomatic passports.

Although there has been speculation that their mission was merely to abduct him back to Saudi Arabia, The Dissident suggests otherwise. In an audio recording of the killers as they awaited Khashoggi’s arrival at the consulate, they discuss how his body would be dismembered and disposed of. We hear one of them ask if the “sacrificial animal” had arrived yet.

The documentary puts the Khashoggi scandal in the wider context of how the Saudi regime deals with dissidents and critics. We meet one of Khashoggi’s friends, Omar, a young Saudi activist self-exiled in Canada. To coerce Omar into shutting up, Saudi agents tried to lure him to a local consulate. They tried to intimidate him. Later, they rounded up and imprisoned twenty-three of his friends in Saudi Arabia. Then they exploited his family as leverage, detaining and severely torturing his brother. Elements of Saudi Arabia’s MO were evident in the Khashoggi case.

Khashoggi was lured to the consulate in Istanbul because he needed some paperwork so he could remarry. We hear from his bereft fiancée about the life they had planned together. To most people Khashoggi is known only from headlines about his grisly death, and the filmmakers take pains to humanize the man, although at times this aim is overemphasized. But what we learn about Khashoggi’s views, particularly his criticisms of the regime, casts the murder in an even worse light, if that’s possible.

Khashoggi used to be an insider at the Saudi court, and at first he supported the “reform” agenda launched by Mohammed bin Salman, which promised to uproot corruption and somewhat modernize the kingdom’s society (MBS, for instance, finally granted women permission to drive a car — in 2018[!]). But Khashoggi became increasingly critical of some features of MBS’s rule.

There’s no freedom of speech in Saudi Arabia, but to the extent there are voices questioning the royal family’s rule, however gently, MBS had them crushed. The regime muzzled assorted “thought leaders” active on Twitter. Moreover, in a notorious purge-cum-shakedown operation, MBS rounded up hundreds of prominent Saudis, including rivals within the royal family, and held them captive at a Ritz-Carlton, until they coughed up millions of dollars. A number were hospitalized with signs of physical abuse.

Khashoggi’s wish was to see some approximation of freedom of speech. We’re not asking for democracy, he said in an Al Jazeera TV interview, only that people be allowed to speak.

One of his friends suggests that Khashoggi was naïve, never fully grasping the evil of the regime, which views its people like slaves or serfs. We can surmise some of what this friend had in mind; there’s strong reason to believe that MBS wanted to be seen as involved in the murder, because that would intimidate other critics and dissidents.

When the truth about Khashoggi’s murder came out, the Western reaction was outrage. The outrage focused particularly on the brazenness of the Saudi regime, and later, on the regime’s lies about Khashoggi’s disappearance (among the lies: he suffocated accidentally; he died in a fistfight). It was as if the Saudis fully expected to kill him without consequences, much less an international furor.

Why? The Dissident provides a lead to the answer when it briefly looks at the global reactions.

In this illuminating but underdeveloped part of the film, assorted politicians decry the Saudi regime’s conduct. An outlier was President Trump. Initially, Trump expressed doubts about the allegations of Saudi involvement, even echoing a Saudi talking point that the killing was a “rogue” operation. Trump evaded the CIA’s report implicating the regime. The Saudis were spending billions of dollars on weapons, and Trump refused to jeopardize that by facing the truth.

Trump’s approach was dismaying for another reason. In at least one respect, the Khashoggi case was different from the untold number of dissidents who languish in Saudi jails or perish in its torture chambers. Khashoggi worked for an American company, the Washington Post, and was a resident of the United States. This should have factored into the U.S. response, but it did not.  When Congress passed legislation to block arms sales to Saudi Arabia, Trump vetoed it, and refused to make the CIA’s report public.

Trump’s loyalty to Saudi Arabia and MBS (a “truly spectacular ally”) stood out, but with time it became a perverse norm. Although the Khashoggi murder led to some international fallout for Saudi Arabia, that soon faded. Initially, the scandal scared away investors from a major conference (likened to “Davos in the desert”) that MBS was to host in Saudi Arabia. Several major corporations withdrew from the event. But one year later, they were back. Moreover, no global sanctions or punishments were meted out against Saudi Arabia. The Dissident ends by leaving us to ponder this dismal fact.

One implication to draw from the film is that the Saudi regime believed it could count on Western regimes to compromise whatever moral principles they mouthed.

It was not wrong.

For decades, the U.S. and other countries have refused to confront the nature of the Saudi regime. They evade how the regime tyrannizes its people under the barbarous rules of Islamic religious law and how it funnels uncountable dollars to fuel and proselytize for the Islamist cause. Saudi lucre has underwritten schools, books, charities, and mosques that spread the Wahhabi strain of Islamic totalitarianism around the world.

Despite its significant responsibility for enabling the jihadist movement, after 9/11 Washington perpetuated the fiction that the Saudi regime was a friend. Although it was known that all but four of the 9/11 hijackers were Saudis, President George W. Bush hosted the Saudi ruler at his ranch in Crawford, Texas. The amity continued under President Barack Obama, who met the Saudi king four times (more than did Bush and Clinton combined). In a highly symbolic decision, Donald Trump’s first foreign trip as president began in Saudi Arabia. And a mere six months before the Khashoggi scandal, Trump had warmly welcomed MBS to the White House, gushing that he and the crown prince had “become very good friends over a fairly short period of time.”

If past U.S. appeasement led the Saudi regime to expect impunity, since the release of The Dissident the incoming Biden administration has provided further warrant for that assumption.

When running for president, Joe Biden vowed to put the ideal of rights at the forefront of his foreign policy. He criticized the Saudi regime harshly — at least, “harshly” by the precious, offend-nobody rules of diplomacy-speak. He called the regime a “pariah” with “very little social redeeming value,” promising to make it “pay the price” for the Khashoggi murder. In February, the Biden administration released a summary of the CIA’s findings that Trump had buried, implicating the crown prince in the murder.

What did the Biden administration do? Speak out boldly in defense of the ideal of individual rights? Exert real pressure on the regime to respect rights? Forbid MBS from entering the United States? Expel the Saudi ambassador to Washington?

No, none of that. Instead it decided “not to rupture the [U.S.–Saudi] relationship but to recalibrate it.” The administration announced the “Khashoggi ban”: a visa restriction “on individuals who, acting on behalf of a foreign government, are believed to have been directly engaged in serious, extraterritorial counter-dissident activities.” Under this policy, seventy-six Saudi citizens will be banned.

Why such a pitiful response? What happened to making the regime “pay the price”? The relationship with Saudi Arabia, explained Secretary of State Anthony Blinken, “is bigger than any one individual.”

The de facto leader of the Saudi dictatorship orchestrated the murder of a dissident, a writer with ties to the United States, and nevertheless, the United States gave MBS a free pass. Part of what’s so shameful about this outcome is that it fits the longstanding pattern of Washington’s evasion of the monstrous nature of the Saudi regime.

If the Saudi regime believed it could murder and get away with it, that’s because it had long ago come to rely on the unprincipled foreign policy and cowardice of Western — and particularly American — leaders who turn a blind eye to its murderous, tyrannical rule.