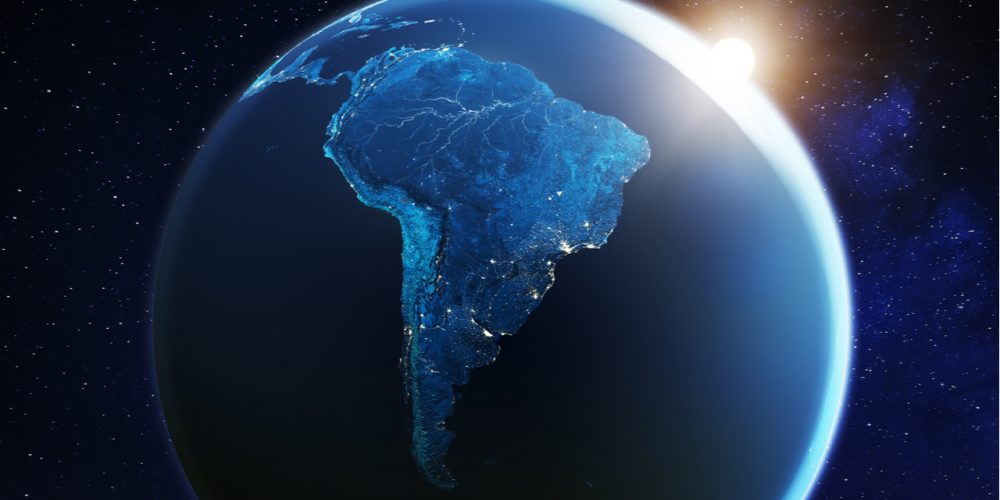 Over the last two years, ARI has continued to grow its influence in Latin America.

In 2019, I wrote about the Ayn Rand Institute’s efforts to stoke the flames of a new Objectivist movement in Latin America, with two conferences (one in Brazil and one in Argentina) and several events in neighboring countries.

Since then, ARI has continued to grow its influence in the region and to spread Ayn Rand’s ideas to the Latin American audience, often with the help of our partner organization, the Ayn Rand Center Latin America.

Latin America is in dire need of Objectivism given its predominately religious and altruistic culture, aggravated by socialist regimes that crush the individual. As I’ve noted, many people are ready to question the status quo in their countries. They are looking for a positive alternative to the rampant collectivism predominant in the region (both on the left and the right). Objectivism offers the only viable option for people to live a better life and to effect change in the culture.

One major obstacle to spreading Ayn Rand’s ideas in Latin America is the language barrier. Not many people in the region have the fluency to grapple with complex philosophical issues in English, and only a handful of Rand’s books are translated into Spanish and Portuguese.

ARI has overcome this hurdle by translating or subtitling some of our key content so that Latin Americans can access Rand’s works and the works of other Objectivist intellectuals.

We’ve added Spanish subtitles to twenty courses on ARI Campus (including Rand’s “What Is Capitalism?” and advanced content, such as Leonard Peikoff’s course Understanding Objectivism), and more translations are continually being released. We also work with affiliates who routinely translate articles from New Ideal into Spanish and Portuguese, and we’ve provided simultaneous translation into these languages for two of our online conferences (AynRandCon USA and AynRandCon Global) as well as for other events, including podcasts.

In addition to the language barrier, there is also the challenge that the Latin American audience holds a very different context from our usual audiences: young people are taught mainly European philosophers who push a collectivistic worldview, and they live in societies where these ideas have taken a firm hold. Moreover, some topics and issues are of particular interest because of their different cultural context.

In response, ARI intellectuals have tailored content especially for this audience. Some of the events we’ve held in collaboration with the Ayn Rand Center Latin America include introductory talks on Rand’s ideas (such as Elan Journo’s webinar “Does Life Require Compromise?,” Aaron Smith’s webinar on individualism, Keith Lockitch’s and my event on the key aspects of Rand’s The Fountainhead, among many others). In adapting these talks for Latin American audiences, speakers take into account the different levels of knowledge about Rand’s philosophy and other key concepts (for example, one cannot assume the same context of knowledge about individualism and freedom as one would from an American audience).

Last year I was invited to speak, in Spanish, about Ayn Rand’s theory of rights at a conference for Universidad Tecnológica del Perú’s law school. I crafted a talk that took into account the judicial systems Latin American students are familiar with, what they are taught in law school, and the different theories of rights emphasized in their education. This allowed me to bridge Rand’s theory to their context and answer questions about the uniqueness of Rand’s approach.

Carlos Castillo Ruiz, the law professor who kindly invited me to speak at the event, said “the talks . . . had a positive impact. It was the first time a Peruvian university officially hosted [talks] about Objectivist philosophy, which allowed attendees to confront the dominant academic discourse. The attendees, who were mostly law students, became curious about Ayn Rand’s ideas . . . [after the talks] my students requested more information about this topic, [and] also many of my students attended AynRandCon USA [a few days after] the talks took place.”

This is but one example of the growing interest in Rand’s ideas in Latin America. Her name is no longer unknown in most Latin American countries — she’s been quoted and written about in mainstream media many times in the last couple of years. But, most importantly, we’ve seen significant growth in the number of Latin Americans who engage with ARI.

These are not trivial numbers, especially for a region that has been hostile to the foundations of freedom for so many decades. When I founded my Objectivist club in Latin America six years ago, my friends and I felt like we were the only people who were aware of Rand. No one outside of our group really knew about her. No one was discussing her ideas and, despite our efforts to promote her philosophy, awareness was rising at a languid pace. Finding material in Spanish was also a challenge — we relied mainly on a handful of translated books and essays, but courses like Dr. Peikoff’s Introduction to Objectivism and Rand’s talks at Columbia University were inaccessible to those who didn’t speak English.

Fast forward to 2021, and Rand is a much better-known philosopher in Latin America, with many new students of her philosophy. Our intellectuals and affiliates are constantly producing and translating material for our Spanish and Portuguese-speaking audiences, and content about Objectivism in their languages is widely available. Our partnership with the Ayn Rand Center Latin America has been especially fruitful, as they’re able to market directly to Spanish speakers in their own language and serve as an entry point to Objectivist ideas.

As the preeminent Objectivist organization worldwide, ARI remains committed to its overall mission of spreading Rand’s ideas and educating people on her philosophy. Latin America is a big market that we are serving with great returns on our investment.

Ayn Rand’s philosophy can help save Latin America from the brutality of socialism and authoritarianism. With ARI’s relentless effort to spread her ideas, a better future for the region is possible and can be won.

Agustina Vergara Cid, LLB and LLM, is a research associate at the Ayn Rand Institute.

Can an Egoist Be Virtuous?