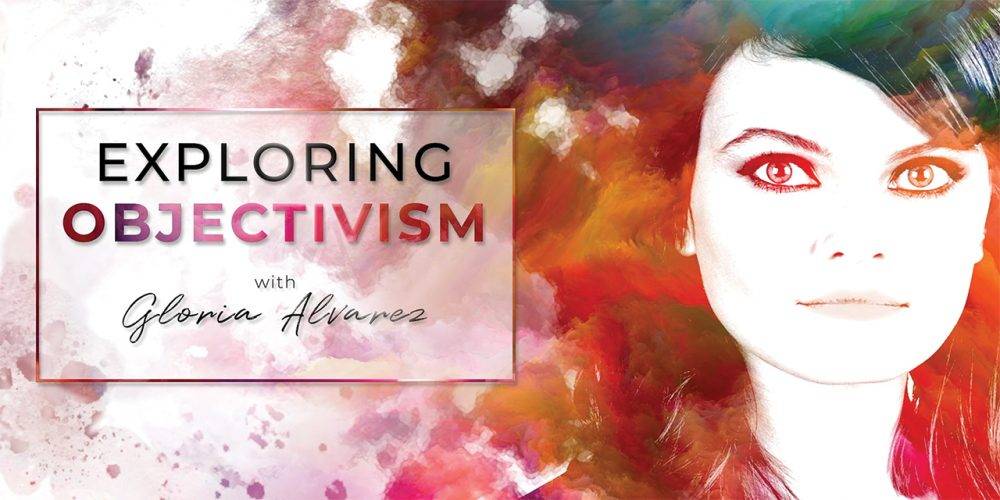 Ayn Rand’s ideas have the power to change people’s lives for the better. But first those ideas must become better known and more widely understood by active-minded individuals.

Finding those active minds is a big part of the Ayn Rand Institute’s mission, which is why we’re particularly excited to release a new and lively video series, Exploring Objectivism with Gloria Álvarez. We teamed up with popular and passionate Guatemalan author, radio host and political commentator Gloria Álvarez for a set of seven interviews with seven Objectivists.

Opening the series, Álvarez interviews philosopher Harry Binswanger, who knew Ayn Rand personally and shares his first-hand observations from time spent with her. Binswanger explains Rand’s unique and important contributions to the philosophic scene. He answers questions about Rand’s philosophic connection to — and estimate of — Aristotle, John Locke, the American Founding Fathers, the Austrian economists, the Libertarian movement, and the “counterculture” of the 1960s.

Other episodes in the series discuss why the Enlightenment ultimately failed, how socialism and communism are akin to religions, how philosophic principles relate to practical politics, why Objectivism champions free will, what is wrong with the income inequality debate, how philosophy relates to religion — and many more topics of interest both to audiences familiar with Rand and to those who are just beginning to explore her ideas.

Running through the series is the idea that Rand offers a unique perspective on a wide range of issues and questions that can have a profound impact on one’s life and the society in which one lives.

Says Álvarez: “In this series, we’re trying to present Objectivism to people who have never heard of it, or maybe they’ve heard [only] . . . misconceptions about it.” A self-described libertarian frustrated with both the political “right” and “left” in Latin America, Álvarez tells one of the interviewees: “I find myself more comfortable now exploring Objectivism. I read Rand . . . ten years ago for the first time, . . . and I find that Objectivism has answers that not even Libertarians in Latin America are willing to discuss.”

READ ALSO:  Objectivism on Happiness: A Rubin Report Wrap-Up
In the U.S., Rand is a cultural icon whose central ideas — reason, self-interest, individualism and capitalism — resonate with the nation’s founding documents, which enshrine the principle that every individual has the right to life and liberty and to the pursuit of his own happiness.

In Latin America, by contrast, the deep cultural influences of Catholicism, Marxism and authoritarianism make the situation more complicated. But as ARI recently learned from its first-ever conference there, Latin America is home to many individuals who are both hungry for new ideas and almost completely unfamiliar with Rand’s philosophy and the radical alternative it can offer them. Gloria Álvarez is well positioned to reach this audience with this new video series, which is fully captioned in Spanish.

A list of episodes released to date appears at the end of this article. But if you want to start by dipping in here and there, here are a few short clips to get you started: