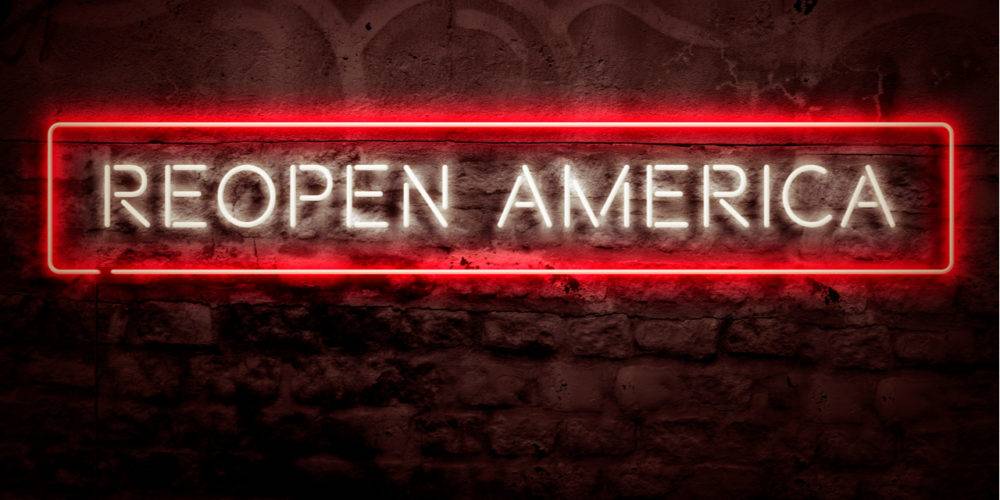 A Pro-Freedom, Pro-Science Alternative to Lockdowns

As coronavirus cases resurge around the world, governments are reimposing sweeping lockdowns. The last lockdowns exacted a heavy toll on our liberties and our livelihoods, and even now we still face rising infections. Many people who favor lockdowns think that the only alternative is to blithely disregard the science about the threat posed by the virus.

But that’s a false choice. It’s right to be concerned with both the effects of the lockdowns and the virus.

There is a pro-freedom, pro-science alternative. Respect for freedom and respect for science are mutually reinforcing. A proper government works to actively protect individual liberties. Science is an indispensable tool that government officials should use to assess human threats to freedom.

Governments have a critical role in protecting freedom in the context of a pandemic: they properly exercise the police power to quarantine individuals known to be infected until they no longer pose a threat to the uninfected. To do this effectively, they should adopt a forward strategy of testing, tracing, and isolating the infected. This is the scientific approach Taiwan adopted successfully in the early days of the pandemic.

Because it embraced the science, testing early and widely, Taiwan wisely chose to avoid lockdowns, which violate the values of freedom, science — and justice. Lockdowns restrict everyone’s movement, without specific evidence that anyone is infected, thereby presuming everyone “guilty” of threatening others with infection.

To protect the lives and liberties of their citizens, governments need to follow Taiwan’s example of embracing the facts about the danger of Covid-19. Because the virus can be spread by asymptomatic and presymptomatic patients, it is much easier to spread unwittingly than the seasonal flu, and also much more deadly.

Don’t listen to the siren song of today’s tribal political culture, which demands that you either join the pro-freedom or the pro-science camp.
But acknowledging the subtle way this virus spreads also underscores why lockdowns can’t stop it, unless they are massively harmful, totalitarian-style lockdowns (as we saw in Communist China). As long as any “essential workers” are allowed to do their jobs, as long as our society remains minimally functional, the virus can spread, leading to a cycle of resurgence and lockdown.

Fundamentally, it is science and technology, not the force of law, that will stop this pandemic through the development of therapeutics and vaccines. Already the pharmaceutical industry has responded by working overtime to speed lifesaving innovations like monoclonal antibodies and mRNA vaccines to market.

A government’s proper task here is to protect scientists’ and businesspeople’s freedom to engage in innovation. This means it shouldn’t interfere with the testing process needed to develop treatments and vaccines safely, but it should enforce the patents that incentivize their development.

It should be obvious just how different this pro-freedom, pro-science alternative is from the anti-science, anti-lockdown crowd.

The pro-freedom, pro-science approach welcomes the development of vaccines to avoid any rationalization for future lockdowns. It doesn’t speculate baselessly about conspiracies of vaccine makers to poison us or toy with cavalier proposals for people to freely infect themselves to achieve “herd immunity” (which could happen without a vaccine only after the death of hundreds of thousands of vulnerable people).

Further, the pro-freedom, pro-science alternative embraces the technological stopgaps that let people know if they are infected or not, so they can seek treatment or return to work without undue fear of infecting others. So it would call for breaking down regulatory barriers that stop people from being able to buy cheap and rapid home tests — instead of balking at more testing, like President Trump, for fear that a higher case count will make us look bad.

The pro-freedom, pro-science alternative also accepts that free citizens have the responsibility to take whatever other evidence-based precautions they can to protect themselves and avoid infecting others. So we should encourage people to voluntarily use masks, as we should persuade businesses to voluntarily require them of customers. We shouldn’t dismiss anyone who occasionally wears a mask as a weak poseur blindly following orders.

Where I work at the Ayn Rand Institute, we are pro-freedom: we have opposed all lockdowns on the principles of justice and individual rights from the beginning of the pandemic. But we are also pro-science,  and have offered a detailed overview of how science should inform the positive role of government dedicated to protecting the rights of its citizens.

Don’t listen to the siren song of today’s tribal political culture, which demands that you choose between freedom and science. You are free to embrace both — and your life may depend on doing just that.